The Happiest Places On Earth 2016

The report, prepared by the Sustainable Development Solutions Network (SDSN) and the Earth Institute at Columbia University, showed Syria, Afghanistan and eight sub-Saharan countries as the 10 least happy places on earth to live. 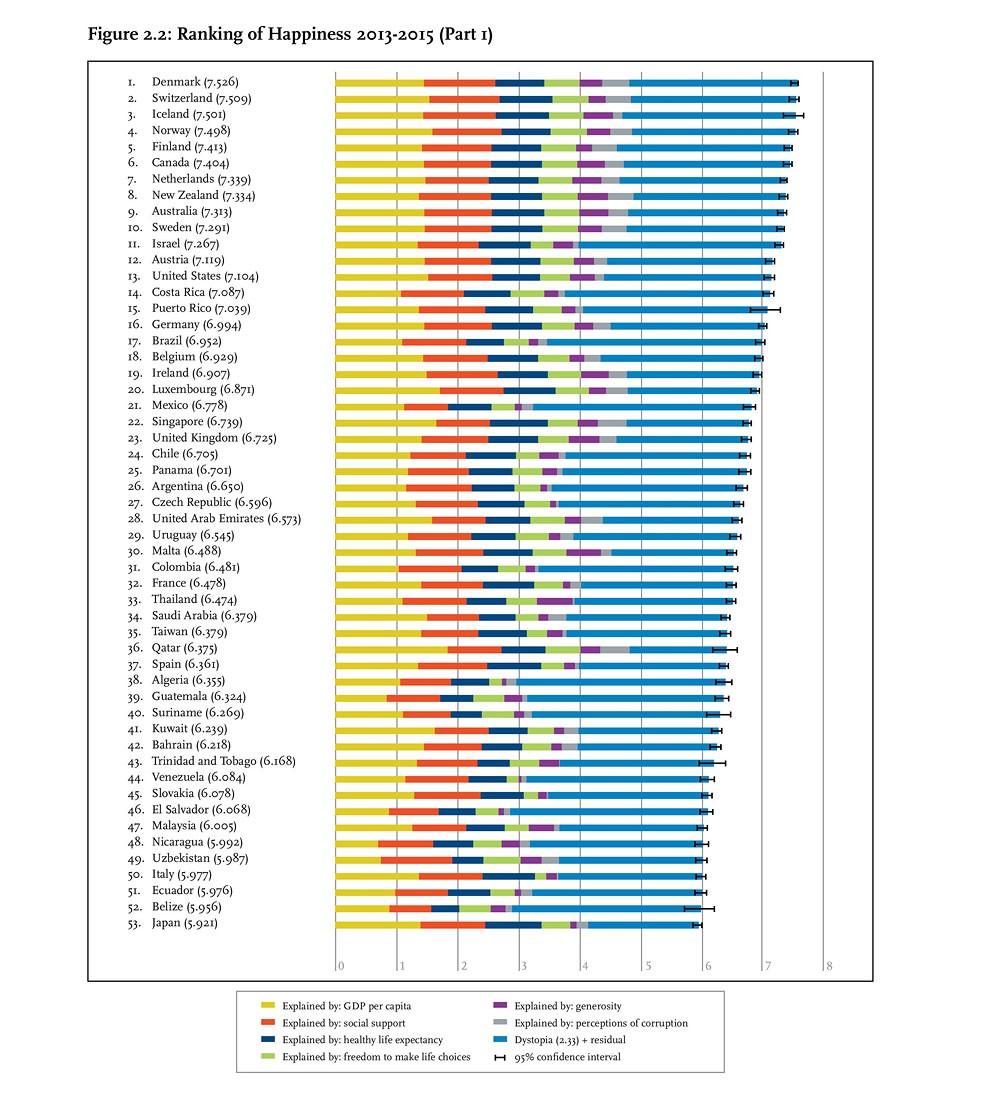 The top 10 this year were Denmark, Switzerland, Iceland, Norway, Finland, Canada, Netherlands, New Zealand, Australia, and Sweden. Denmark was in third place last year, behind Switzerland and Iceland. The bottom 10 were Madagascar, Tanzania, Liberia, Guinea, Rwanda, Benin, Afghanistan, Togo, Syria and Burundi. The United States came in at 13, the United Kingdom at 23, France at 32, and Italy at 50. 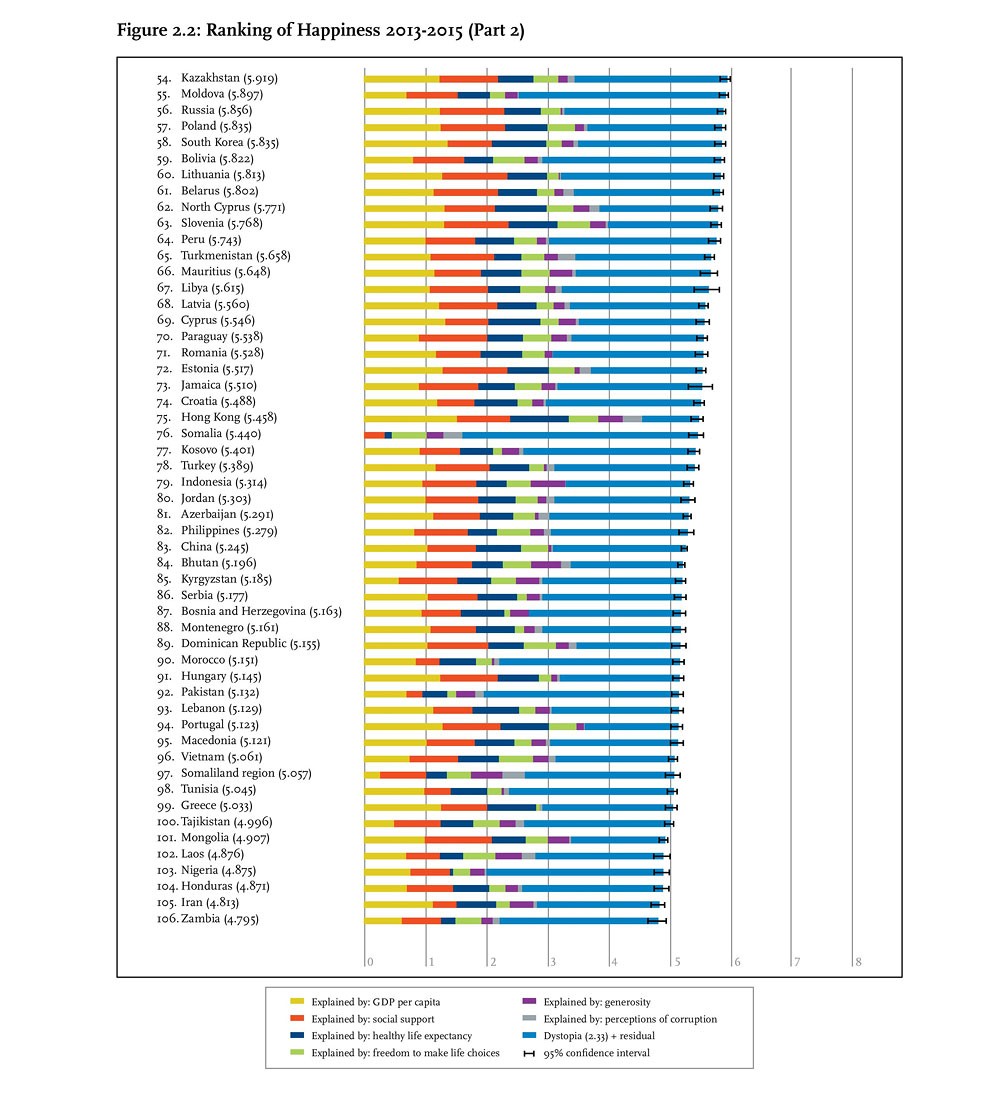 “There is a very strong message for my country, the United States, which is very rich, has gotten a lot richer over the last 50 years, but has gotten no happier”, said Professor Jeffrey Sachs, head of the SDSN and special advisor to U.N. Secretary General Ban Ki-moon. Aiming to “survey the scientific underpinnings of measuring and understanding subjective well-being”, the report, now in its fourth edition, ranks 157 countries by happiness levels using factors such as per capita gross domestic product (GDP) and healthy years of life expectancy. It also rates “having someone to count on in times of trouble” and freedom from corruption in government and business. 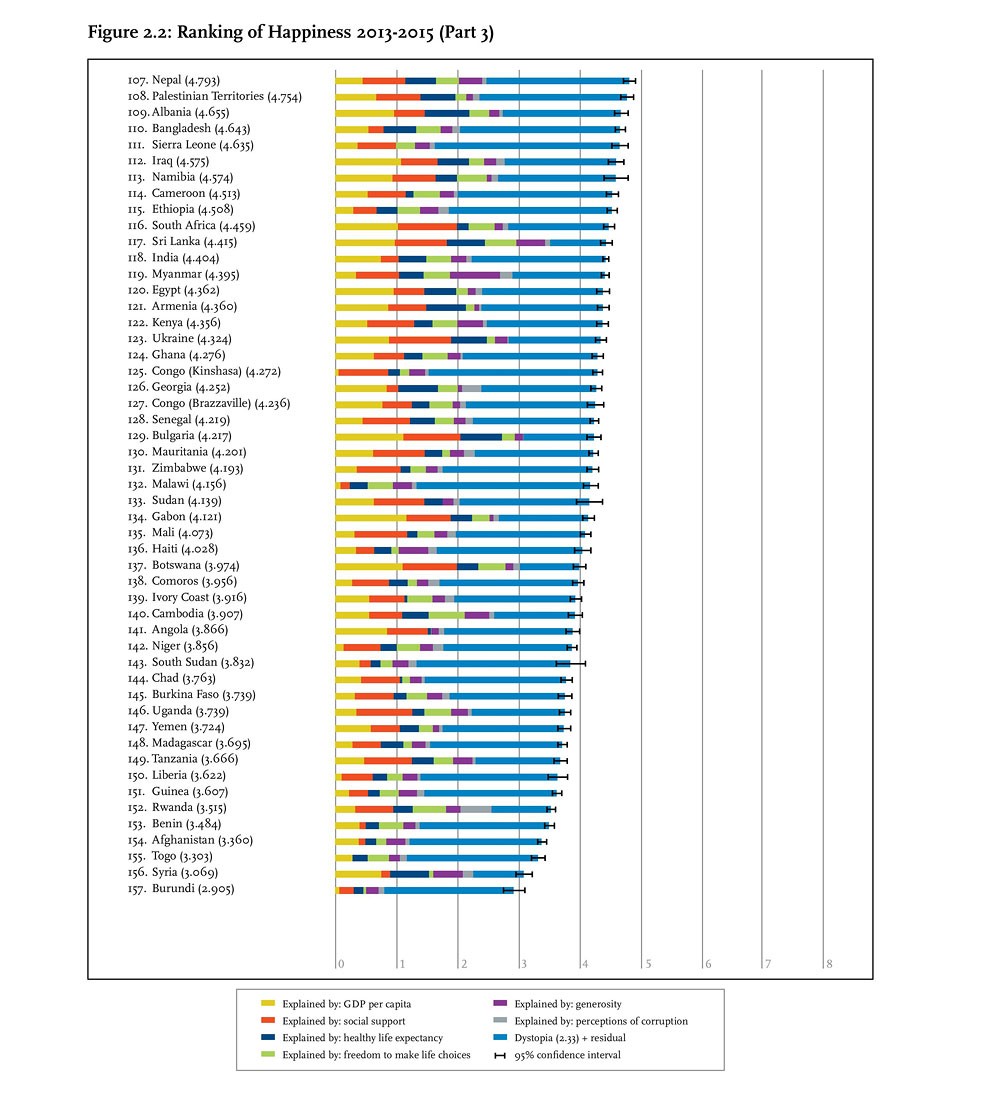 The first report was issued in 2012 to support a U.N. meeting on happiness and well-being. Five countries – Bhutan, Ecuador, Scotland, United Arab Emirates and Venezuela – now have appointed Ministers of Happiness charged with promoting it as a goal of public policy. The 2016 survey showed that three countries in particular, Ireland, Iceland and Japan, were able to maintain their happiness levels despite external shocks such as the post-2007 economic crisis and the 2011 earthquake because of social support and solidarity. Sachs pointed to Costa Rica, which came in 14th and ahead of many wealthier countries, as an example of a healthy, happy society although it is not an economic powerhouse. 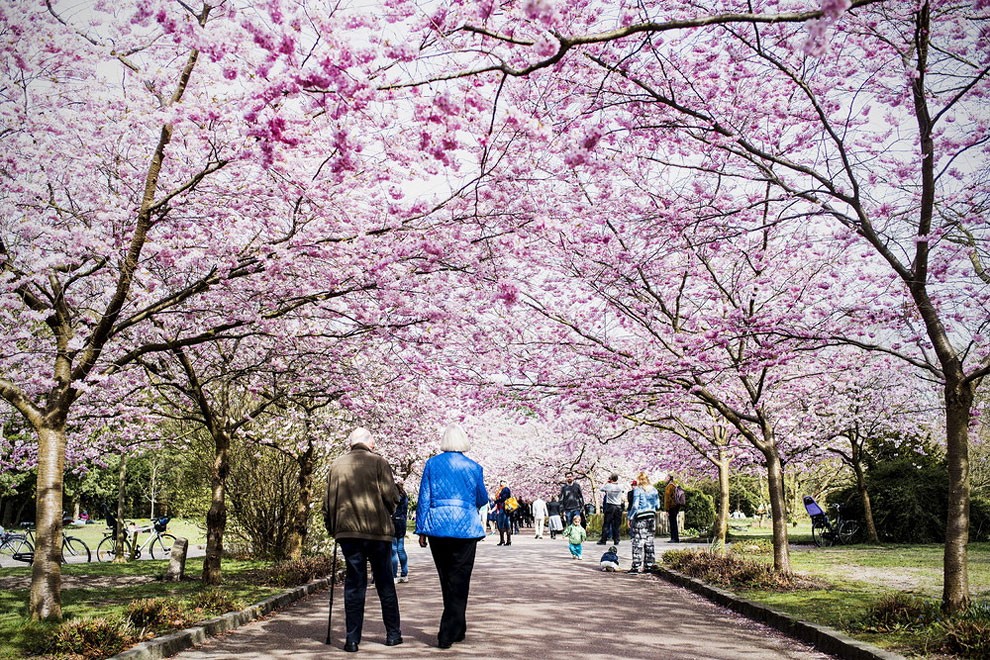 People walk along an avenue of blossoming cherry trees at the cemetery of Bispebjerg in Copenhagen April 21, 2015. (Photo by Sophia Juliane Lydolph/Reuters/Scanpix Denmark) 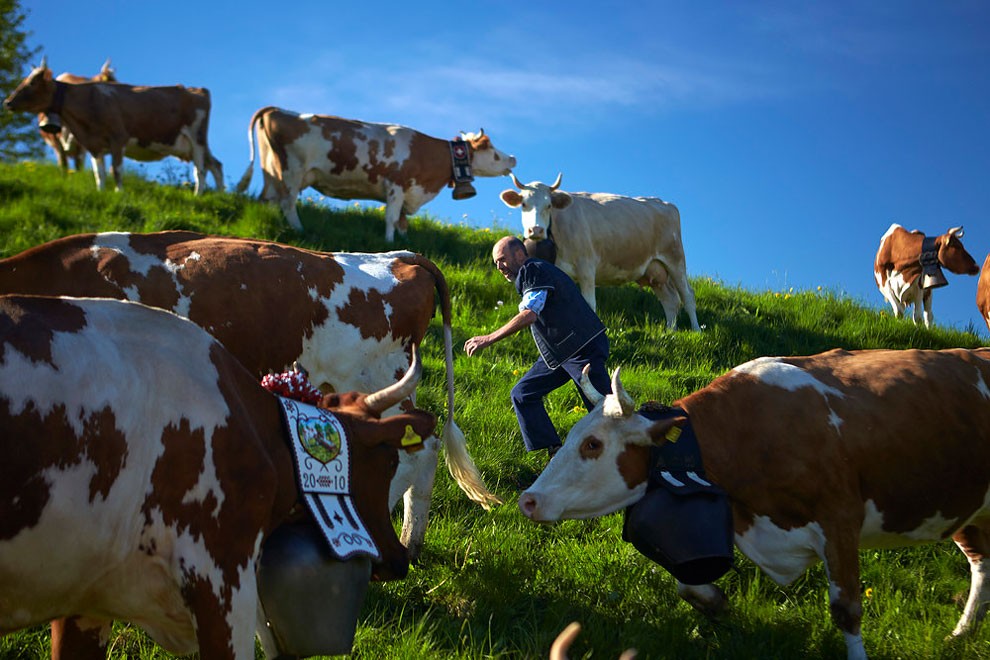 Cheese maker and farmer Jacques Murith gathers his cows prior to their departure for the Proveta pasture on the first day of the season in Gruyeres, western Switzerland, May 8, 2013. (Photo by Denis Balibouse/Reuters) 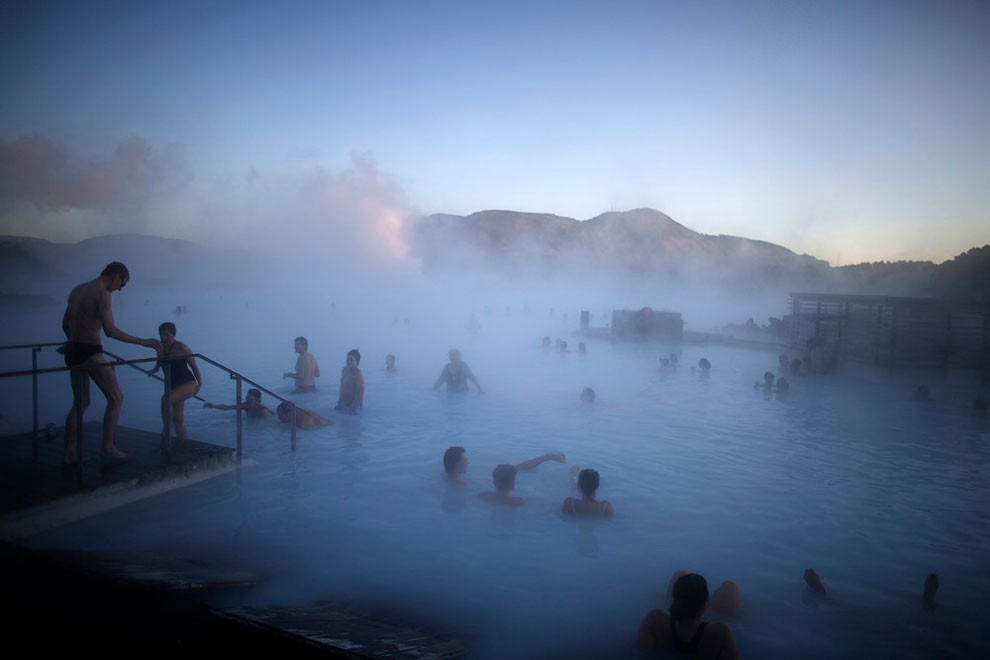 People relax in one of the Blue Lagoon hot springs near the town of Grindavik February 14, 2013. (Photo by Stoyan Nenov/Reuters) 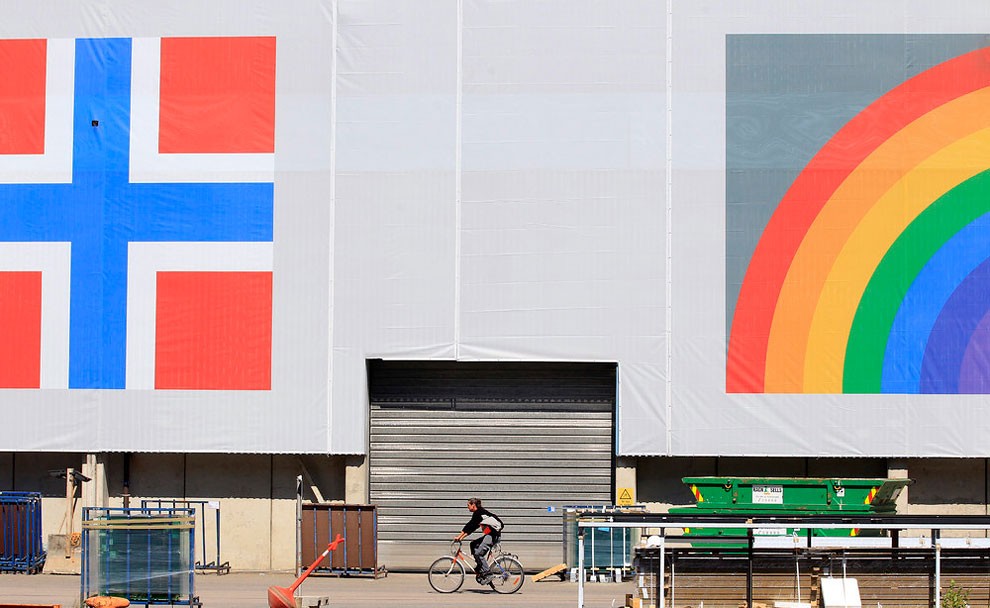 A man cycles past a banner featuring the Norwegian flag and a rainbow hanging on a warehouse in Oslo, Norway June 20, 2012. (Photo by Cathal McNaughton/Reuters) 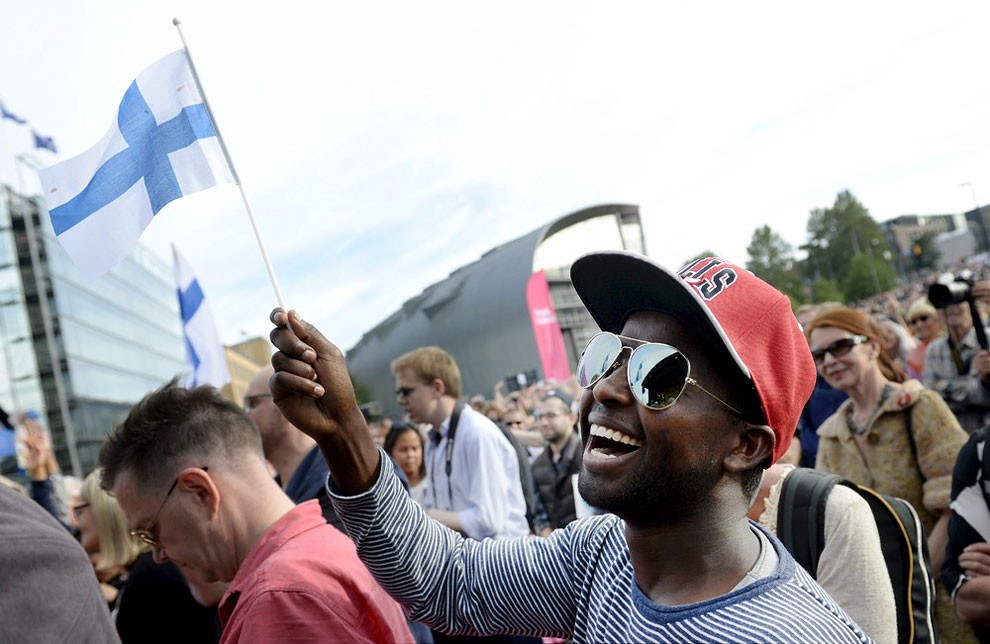 Mire Ibrahim waves the Finnish flag during a demonstration against racism where an estimated 15,000 people attended in Helsinki, Finland July 28, 2015. (Photo by Vesa Moilanen/Reuters/Lehtikuva) 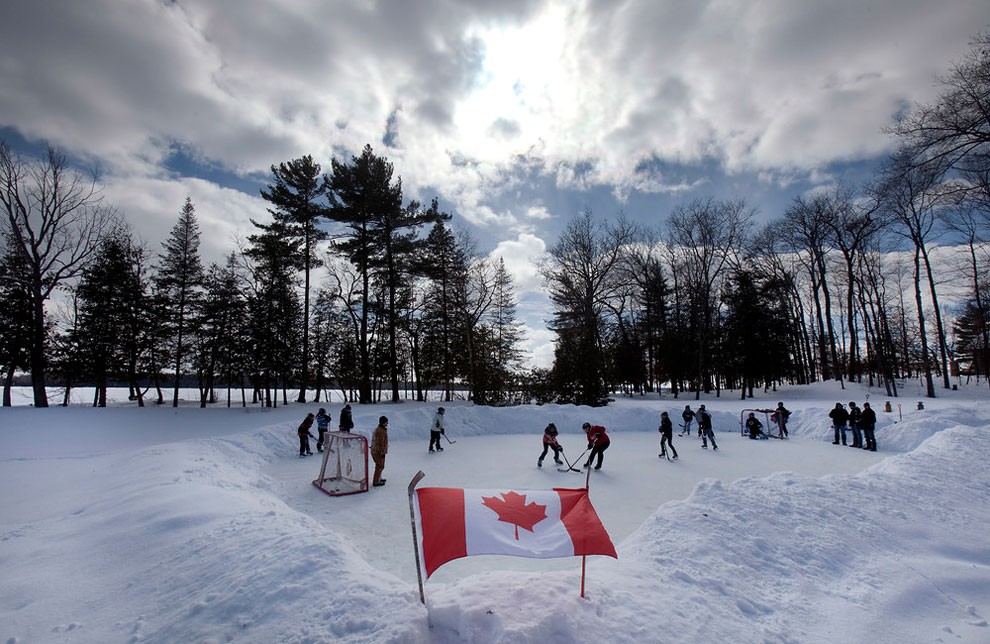 Youths play pond hockey on Pigeon Lake near the town of Bobcaygeon, in the Kawartha Lake region of central Ontario March 2, 2014. (Photo by Fred Thornhill/Reuters) 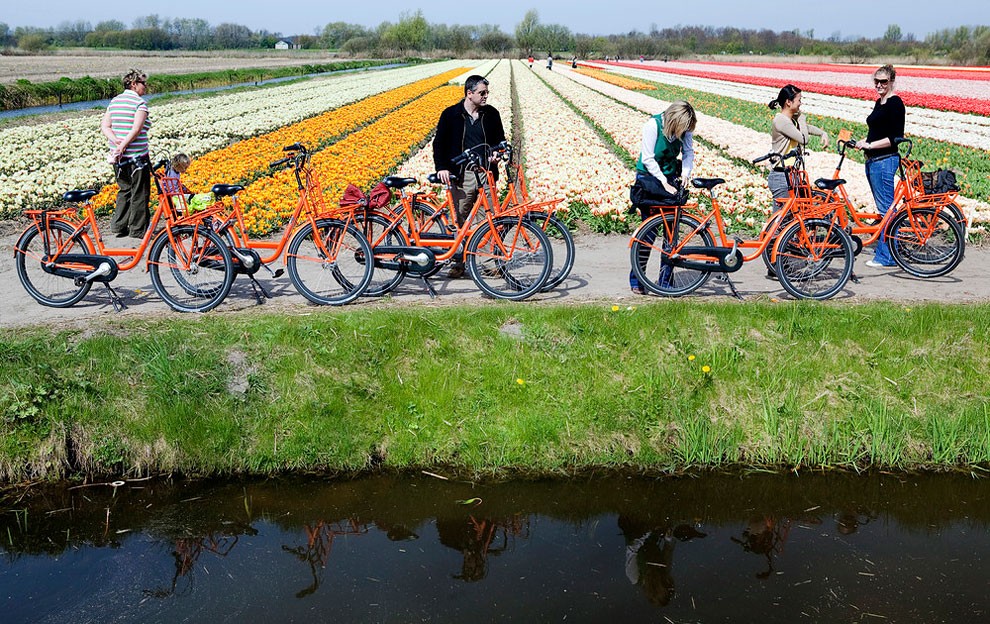 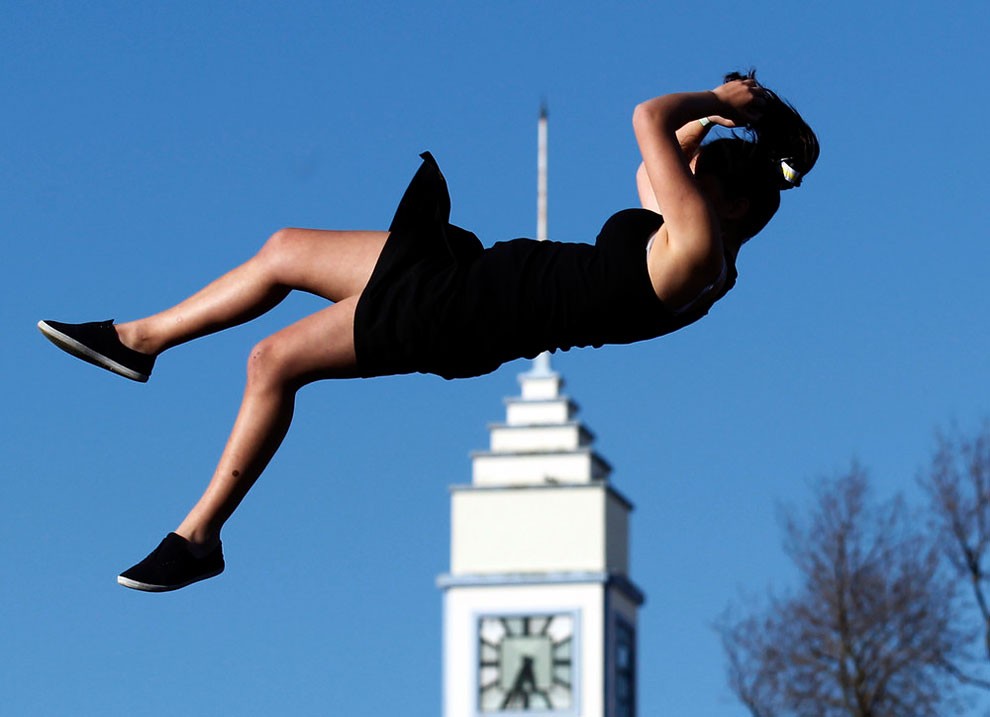 A woman dives from a platform into a giant air bed at a park in Palmerston North September 29, 2011. (Photo by Marcos Brindicci/Reuters) 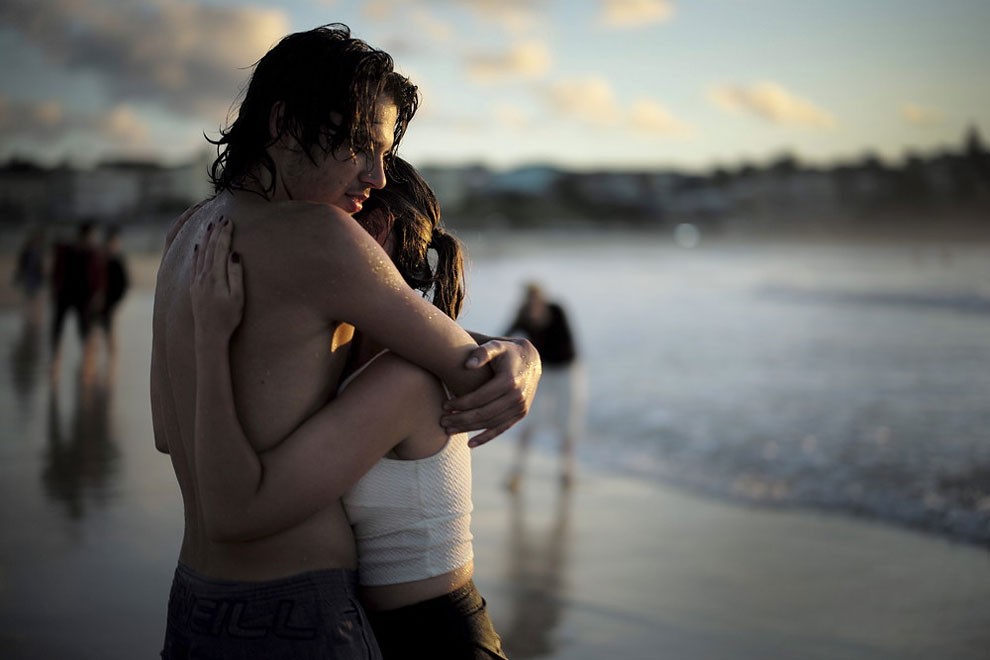 A couple embrace on the water’s edge as they watch the first sunrise of the new year on Australia’s Bondi Beach in Sydney, January 1, 2016. (Photo by Jason Reed/Reuters) 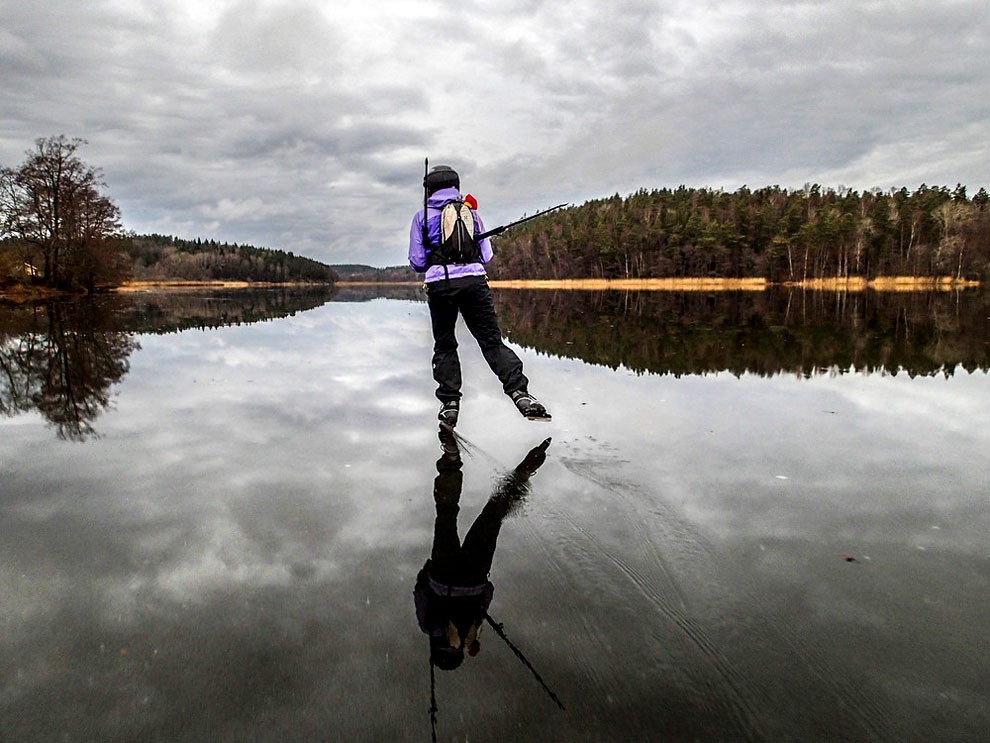 Umbrella Sky in Agueda, Portugal
New NASA Discovery Reveals Unprecedented Blooms Of Ocean Plant Life Beneath Arctic Ice
Chinese Villagers Zip Line
Brazil's Christ The Redeemer Statue Lit With Flags Of Countries Affected By Coronavirus
Japanese Hermit Masafumi Nagasaki Lives Naked and Alone on Sotobanari Island
Western United States In The 1960s: Colorful Life In The American West 50 Years Ago Through Amazing Found Photos
The Annual Ice Festival in South Korea
Mysterious Abandoned Village On Shengshan Island In China Being Overtaken By Nature
Photographer Matthew Christopher Captures This Abandoned Theater Act As A Time Capsule Of A Location That Was Once Rocked By The Stars
Refuge Galindia: The Polish Slavic Pagan Resort That You Have To Visit
A 100+ Year Old Tree Growing Inside A Church In Greece
Magical Photographs Of The Snow-Covered Small Japanese Town
These Ads From Haiti Hope To Use Trump’s Words Against Him
You Won’t Believe Who Lives In This Japanese Village
Fallas Festival in Spain
Couch Surfing USA: Three People, Two Dogs and One Futon
Stunning Aerial Photos Of Australia From Above
Man Built Custom Kayak So He Could Take His Dogs On Adventures
This Couple Converts The Real Cold War Nuclear Missile Base Into The Luxury Airbnb
A 1960s Bedford Panorama Bus Lovingly Converted Into A Traveling Home
Moscow vs New York: Visual Comparison Of Two Big Cities 45 Years Ago
Extraordinary Images Of The Costa Concordia Cruise Ship By Jonathan Danko Kielkowski
Incredible Pictures Of A Girl Who Spent The First 10 Years Of Her Life Growing Up In The African Bush
Amazing Kodachrome Snapshots Of Beaches In The U.S In The 1950s-60s
The Ghost Villages Of Indonesia
Diwali, the Hindu Festival of Lights
Travel Photographer Proves Dinosaurs Are The Key To Taking The Best Pictures
Girl Shares Pics Of Street Food From Around The World On Her Instagram Account
New Year Celebrations Around the World: Great Britain
Banksy's Art In Hotel With World's “Worst View”
earth, happiest, places