Meet An Irishman, Patsy Gibbons And His Rescued Foxes 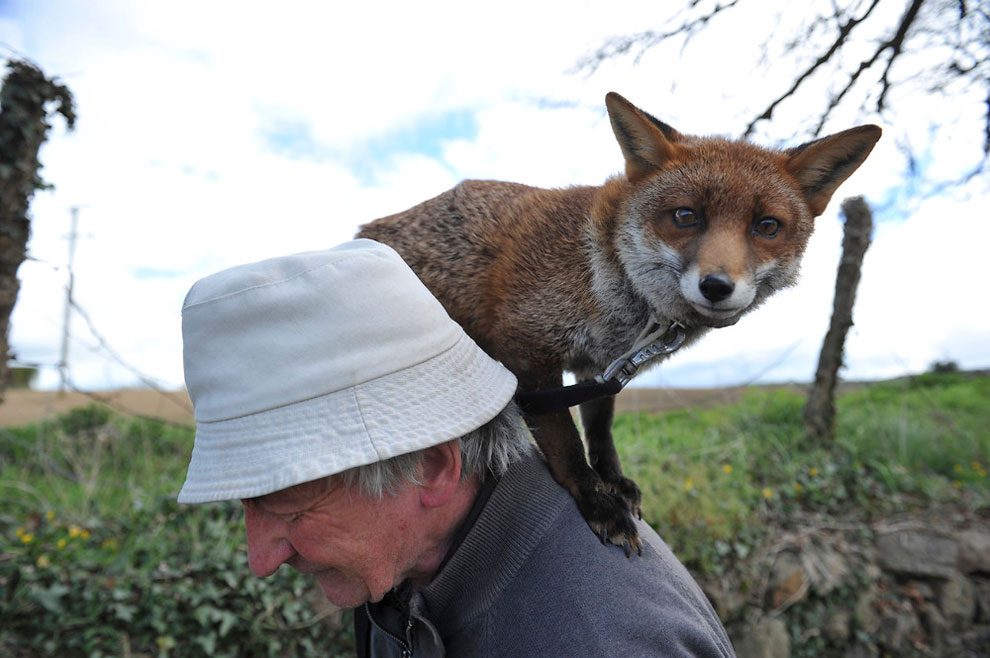 Patsy Gibbons takes his two rescue foxes, Grainne and Minnie, for a walk in Kilkenny, Ireland. Gibbons nursed the foxes back to health after they were found abandoned as injured cubs, and they have stayed with him since. Keeping foxes isn’t everyone’s idea of fun – particularly if you’ve also got a big bunch of hens. 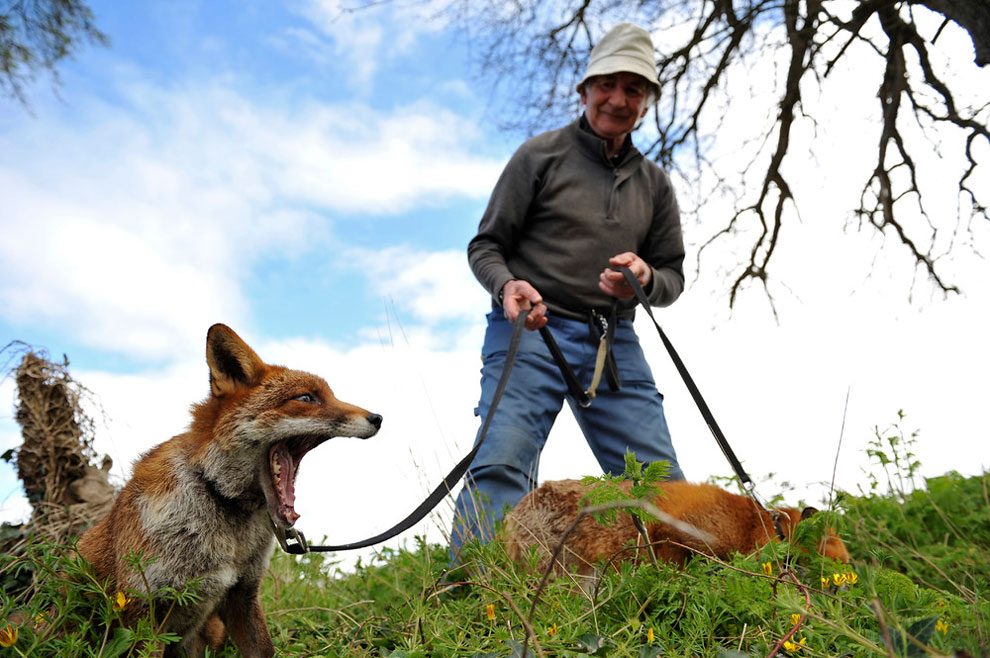 “The foxes, Gráinne, Minnie, who is five-years-old, and 11-month-old Henry, named after star hurler Henry Shefflin, do get a lot of attention from the children living around here, and now primary schools are asking me to bring them along so the students can see them at first-hand. It’s keeping me very busy.”, says Patsy Gibbons to Irish Examiner. 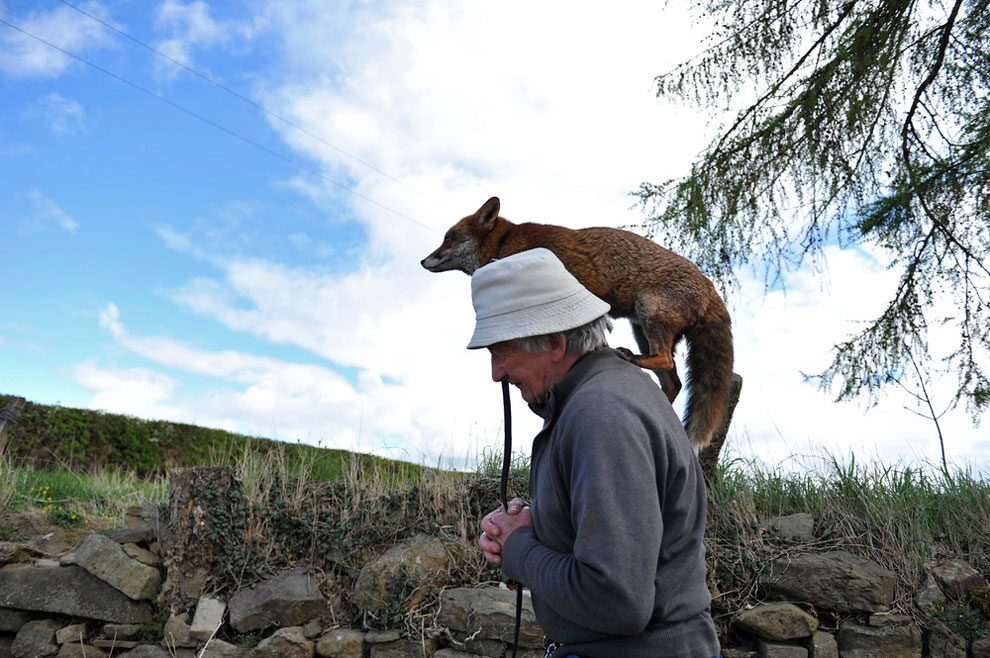 “I never set out to have pet foxes. It just happened. I ended up looking after Gráinne since she was only seven-weeks-old. My brother-in-law found her in a box looking for heat in a storeroom close to Columba’s Hospital in Thomastown. My brother-in-law said we should try to do something as she was so thin. I took her to the local vet and so I just continued on caring for her and haven’t stopped.”, he added. 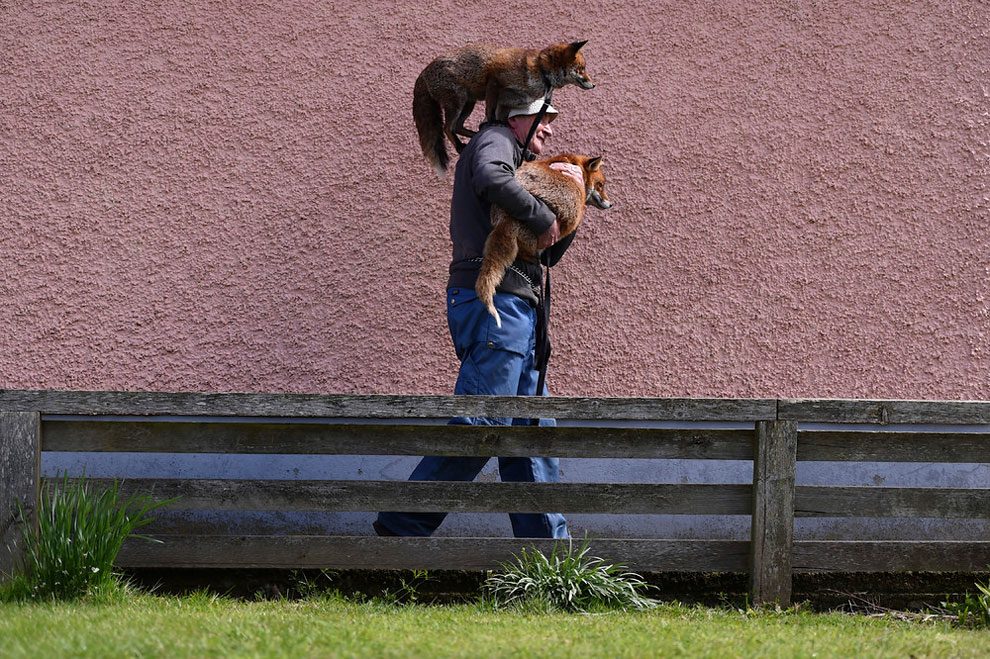 “Minnie was brought to me as month-old pup after a woman found her in Kilmaganny as word began to spread that I was already looking after Grainne. And Henry, was brought to me by a man living in the nearby town of Graiguenamanagh after he was attacked by a dog.” 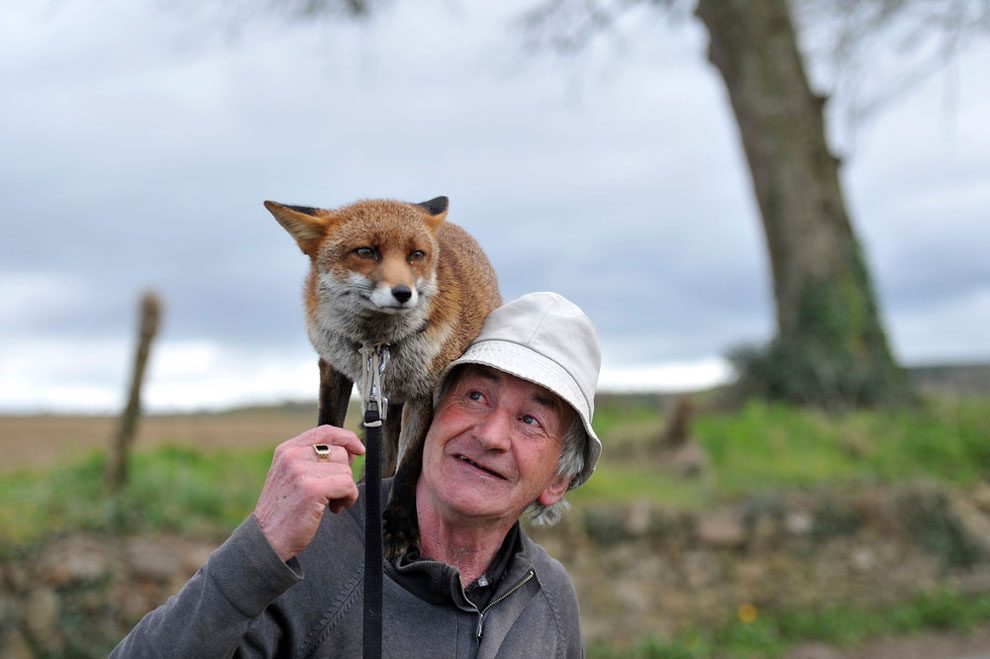 An animal lover, Patsy says three foxes, 28 hens, 12 ducks, two dogs and two cats are more than enough to look after and he isn’t planning on expanding his brood anytime soon. 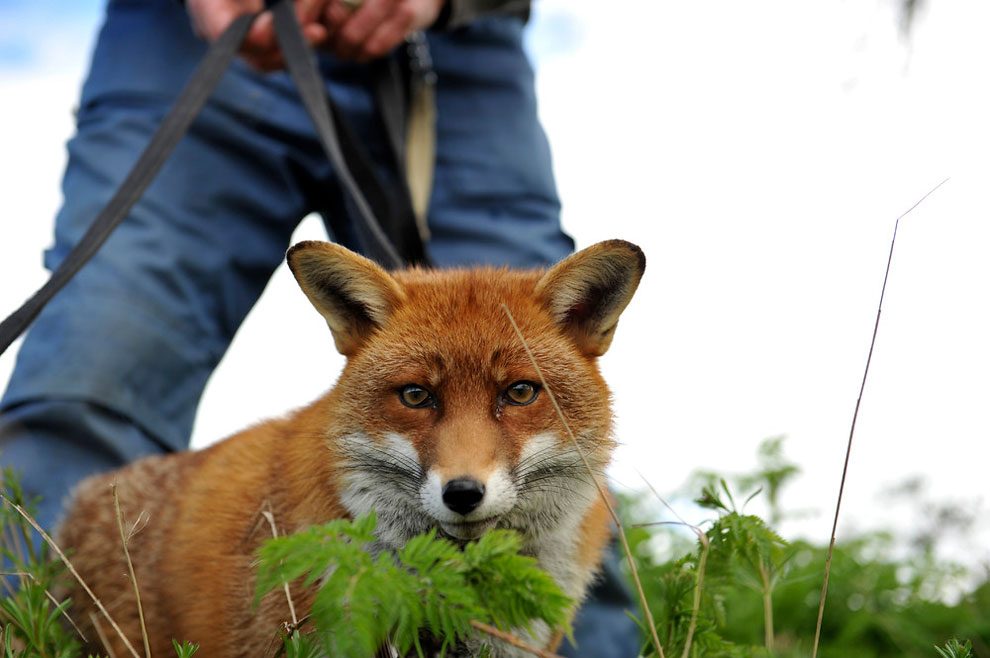 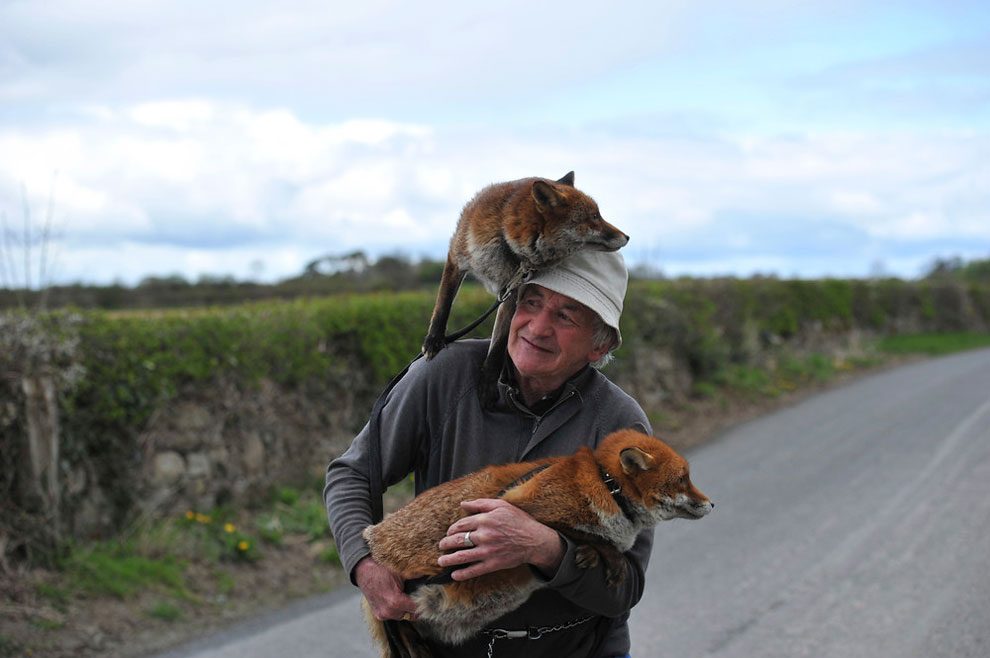 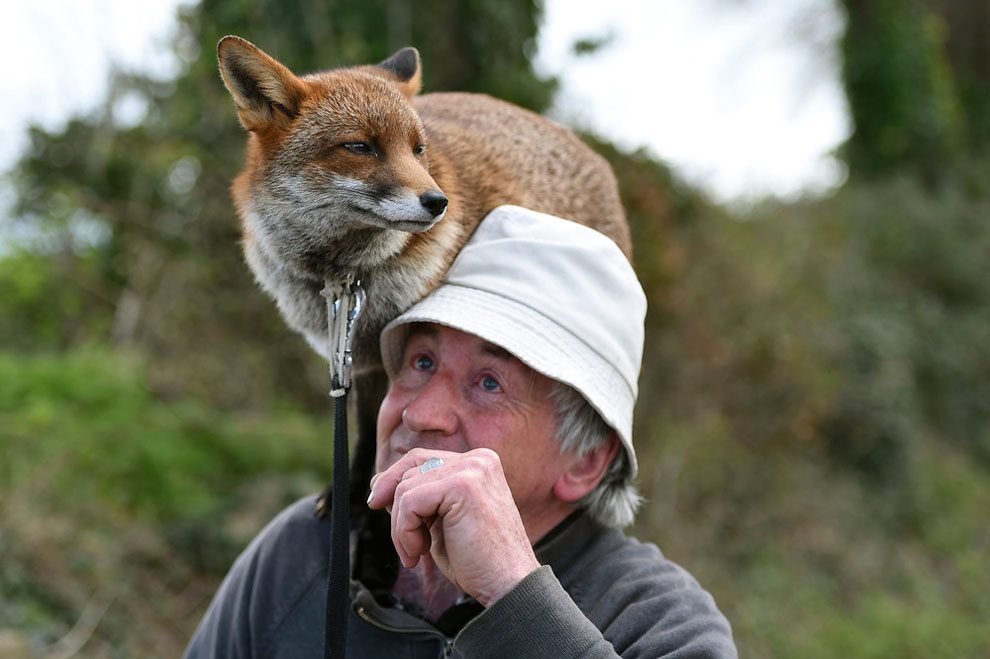 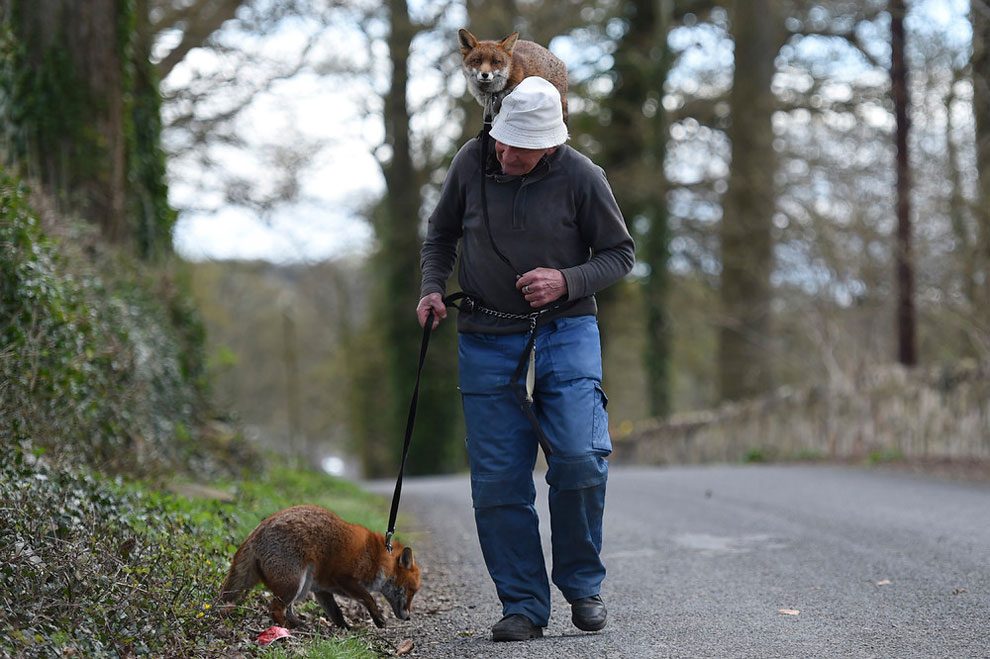 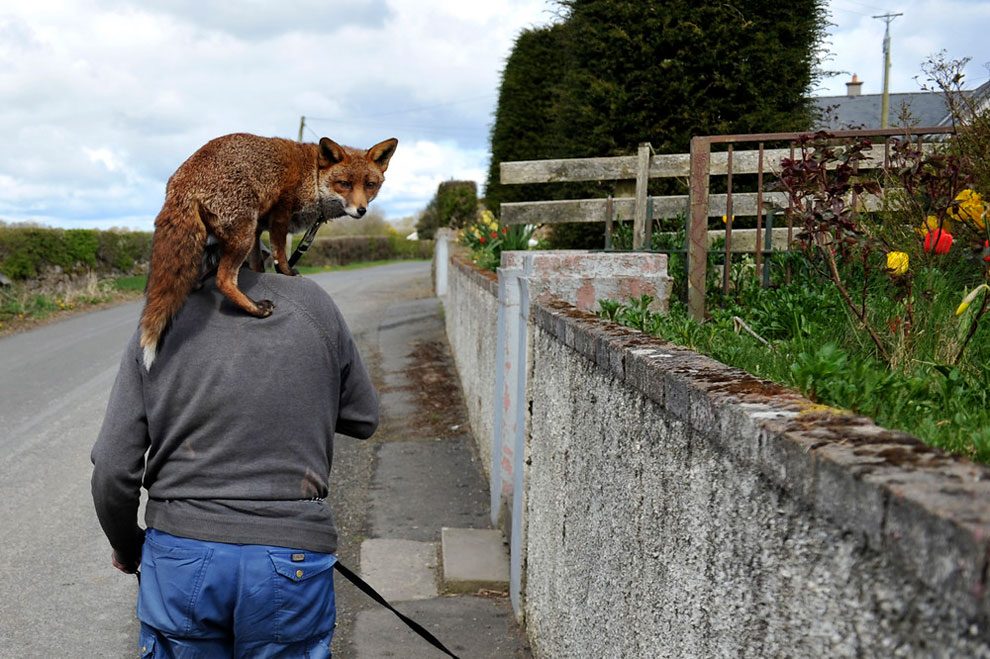 Dog Surfing Competition
Beautiful Winning Photos From The Bird Photographer Of The Year 2018
#SaveSharks Campaign By Greenpeace
This Is A Tiny Hamster Rides Her Own Personal Subway Train
Rare Albino Hedgehogs Babies in a Private Zoo in Moscow
When Your Cat Meows, And You Meow Back…
This Instagrammer Photoshops Pets In An Unexpected and Creepy Way
Artist Raises Thousands for Charity with Hilarious Pet Portraits
Sunny Butterflies of Winter California
The Adorable Photo Series Shows Curvy Canines And Flexible Felines Participating In A Spot Of Yoga
Cute Illustrations Of Animals Saying Very Depressing Things
Cute Stray Cats Of Tokyo
A News Conference for the Upcoming 139th Annual Westminster Kennel Club Dog Show
Chinese Cats Saved From The Cooking Pot
These Stingless Bees Build One Of A Kind Spiraling Hives
One-month-old White Lion
Turns Out, UPS Drivers Have A Facebook Group About Dogs They Meet On Their Routes
Monty the Cat Without a Nasal Bone
Thecacera Pacifica: The Pikachu Of The Sea
Before LOLCat, There Were The Felines Featured In "Kittens And Cats: A First Reader"
These Photos of Squirrels Playing Will Totally Make Your Day
Warning: Seeing These Adorable Cats Cuddling With Each Other Might Make You Say "Awww" Aloud
Using a Strip of Paper To Give Birds Funny Eyes Is Ingenious
The Weird World of Competitive Dog Grooming
Welded And Painted Black Steel Ravens By Ludvig Ödman
3D Printed T-Rex Arms For Chicken Cosplay
People Are Knitting Giant Sweaters For Rescued Elephants To Protect Them From Cold
An Otter House In Japan Now Has A Roundabout – No More Underwater Traffic Jams
This Is What Peacock Feathers Look Like Under A Microscope
foxes, gibbons, irishman, patsy, rescued