A 390ft Long Sculpture Of A 17th-Century London Skyline 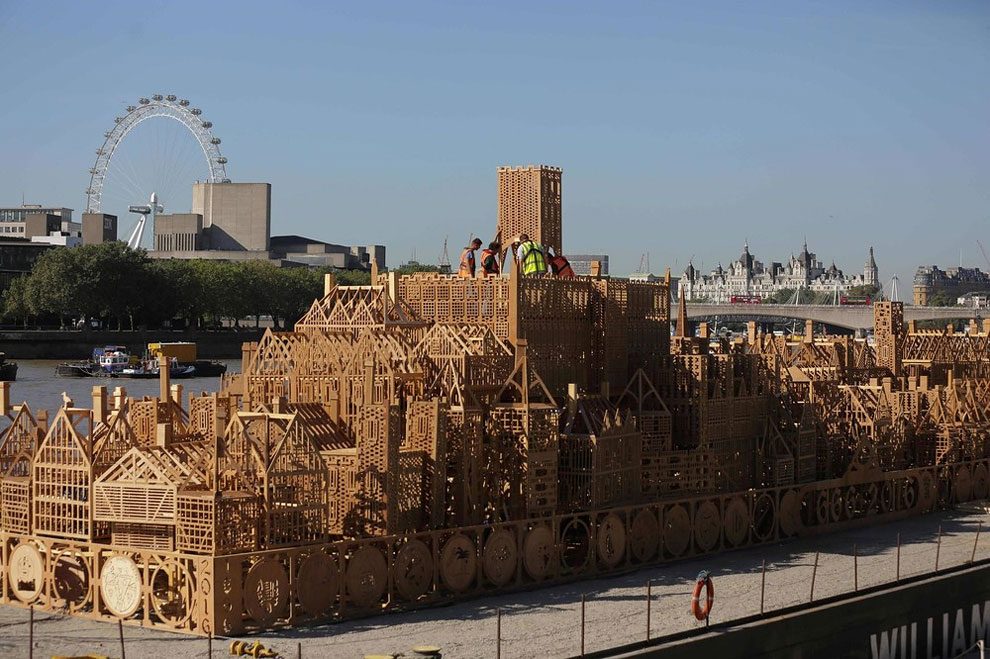 The final touches are made to a 120 metre-long (390ft) wooden sculpture of London’s skyline from the seventeenth century as it is moored up on the river Thames in London on August 30, 2016. The sculpture titled London 1666 and designed by David Best will be ceremonially lit and burnt in the middle of the Thames on September 4 as part of celebrations to commemorate the 350th anniversary of the Great Fire of London. 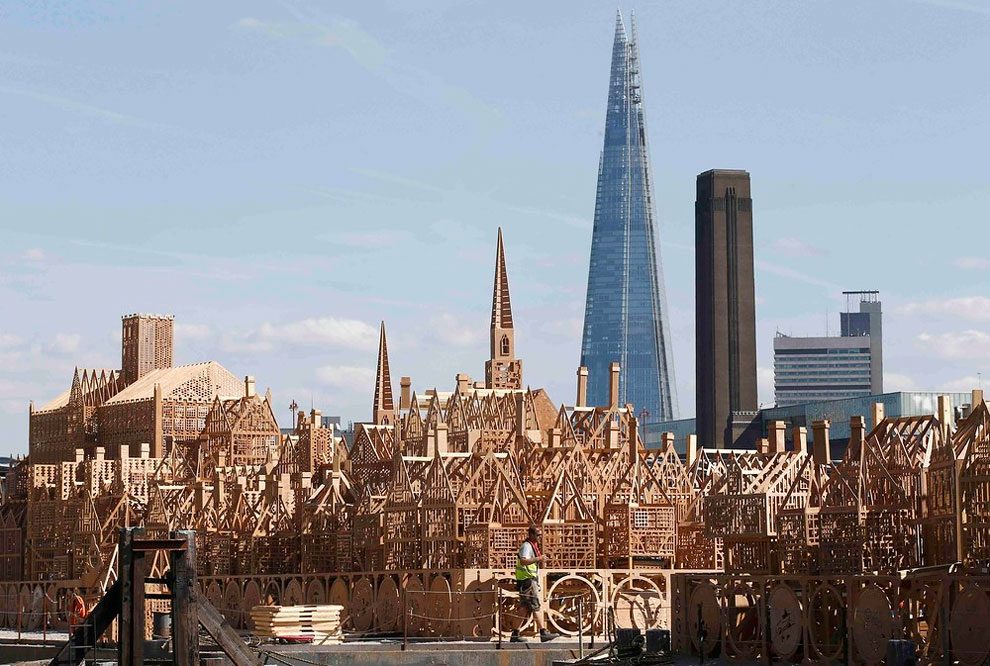 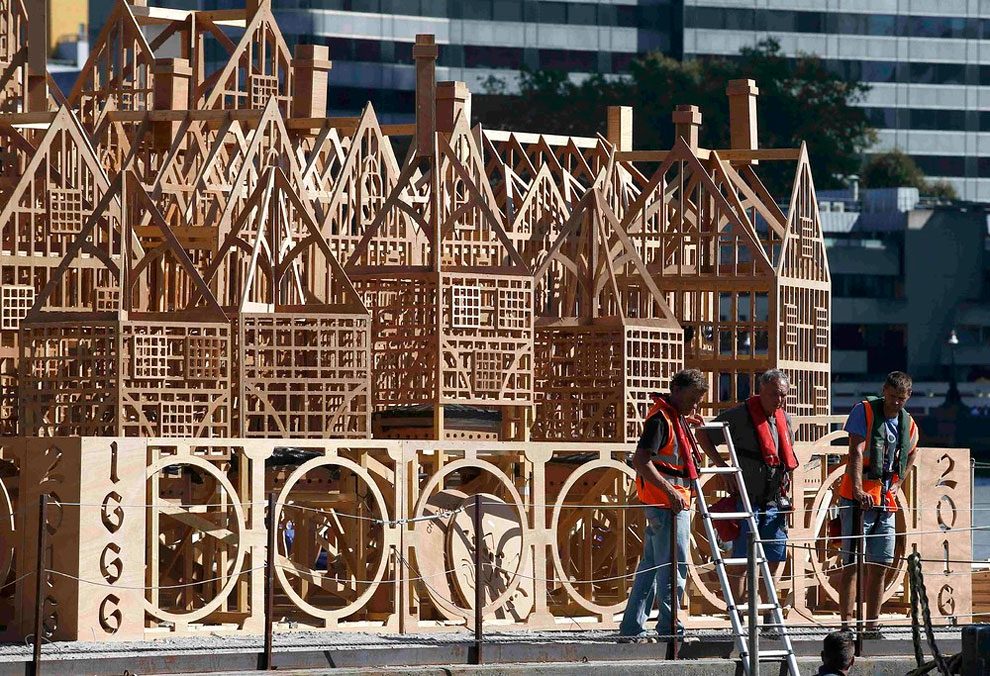 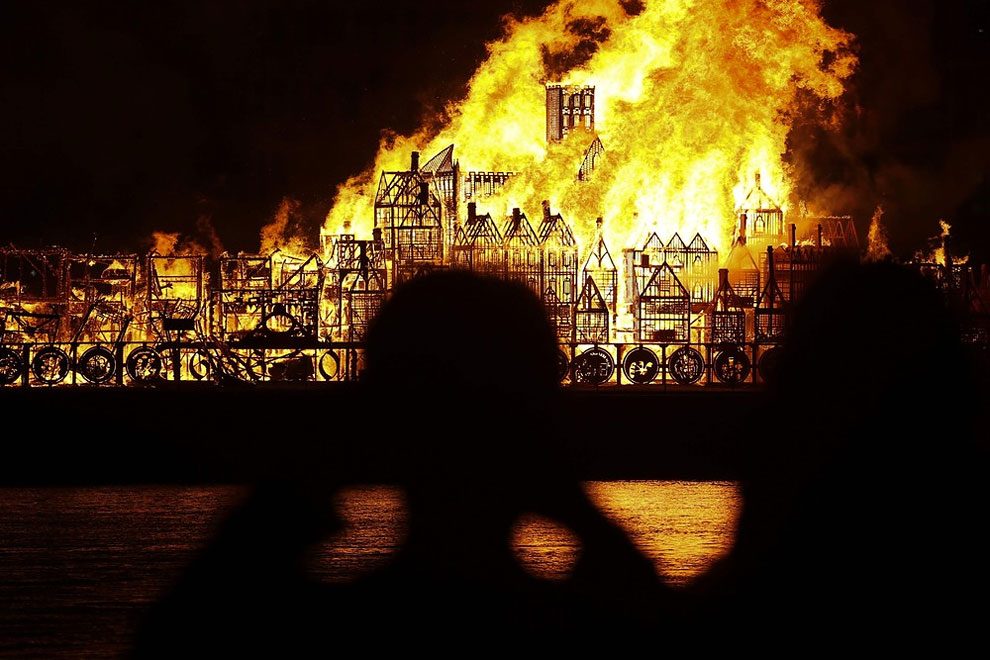 Photo by Justin Tallis/AFP Photo
A replica of 17th-century London on a barge floating on the river Thames burns in an event to mark the 350th anniversary of the Great Fire of London, in London on September 4, 2016. 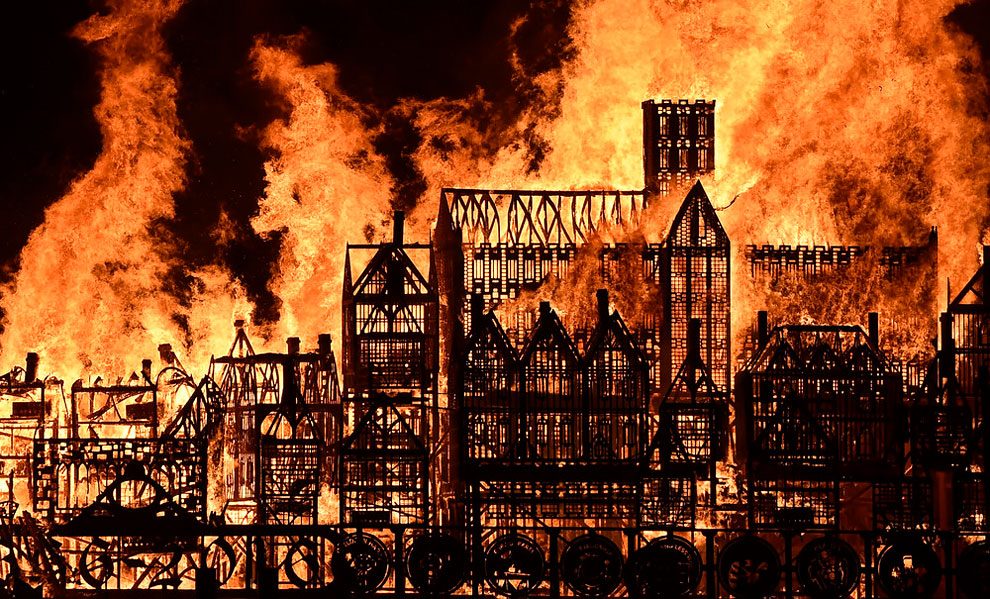 Meet Escape Traveler - A Tiny Cabin On Wheels That Can Be Moved Anywhere
This Bookstore In Chinese City Of Suzhou Becomes A Wonderland
How You Live In Russia When You Supervise Local Road Police
Eiffel Towers Around the World
Incredible Photographs Of The Old Closes And Streets Of Glasgow From Between 1868 And 1877
Surreal Architectural Collages By Beomsik Won
A Cocoon in a Library
Ivan Khafizov Captures The Beauty Of Russian Hand-Carved Wooden Window Frames
Solitary Wilderness Shelter Provides Warmth to Mountain Hikers
An Aerial View Of The 90-Meter-Long Puffer Fish Tower In East China
An Incredible Design Of Space Age German Lifeguard Station
Camping Luca Vuerich by Giovanni Pesamosca
A Look Inside This Starbucks Modeled After A Japanese Teahouse
This Bathroom In A Chinese Park Has Translucent Walls
"Pure White": When Asbestos Was Used As Fake Snow
Architects Adds Treetop Cabin With Stargazing Net To Sweden's Treehotel
Amazing Modern Stairs In A Medieval Tower In Denmark
Most Beautiful Remaining Street Mosaics From The Soviet Union
Retired Ladies Live Their Dreamlife In A Cosy Forest House Designed By A Japanese Architect
Asymmetric Nature Houses Along The Danish Archipelago By LUMO Architects
A Stunning Sculptural Outdoor Pavilion For A New Property Development In China
Abandoned Hotels In The Egyptian Desert May As Well Be On Another Planet
Klein Bottle House By McBride Charles Ryan
Chinese Home Builders Find Great Location: On Top of a Shopping Mall
Reading Between the Lines by Gijs Van Vaerenbergh
Probably, The Most Cozy And Beautiful Toilet In The World With Views Of A Norwegian Waterfall
Grand Opening of the Bolshoi Theatre in Moscow
Spanish Designer Fernando Abellanas Works In A Secret Studio Right Under The Bridge
The Twin Towers During The 1970s And Early '80s Through Fascinating Photos
Transparent Heart-Stopping Glass Sky Slide Starts Trial Runs In North China
390ft, century, london, sculpture, skyline