Fight The Power: Honest Street Art Around The World 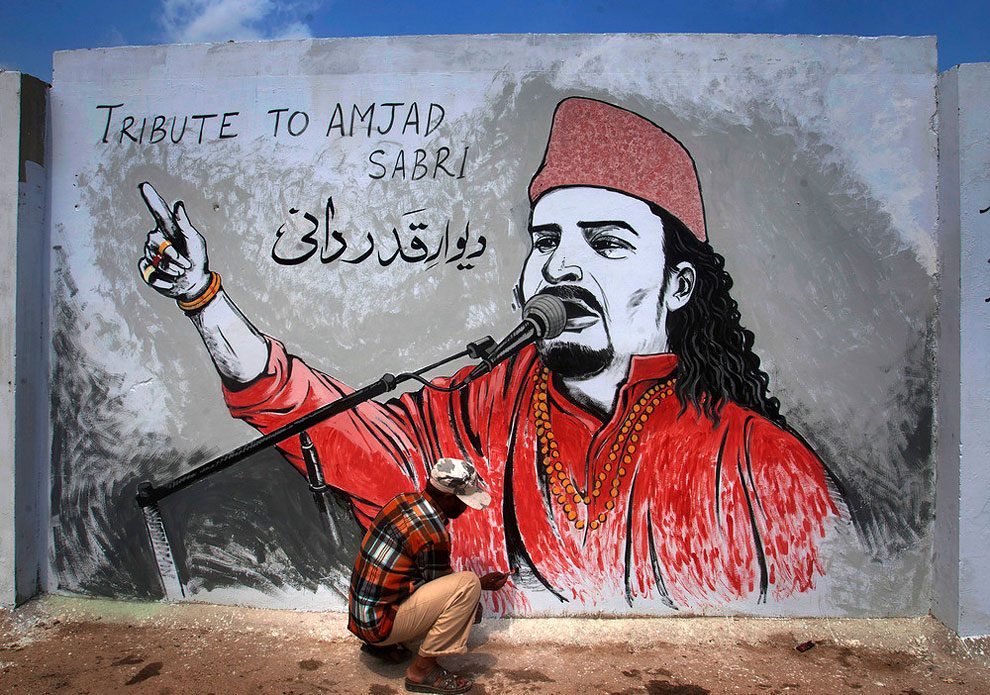 A Pakistani painter gives final touches to a mural of slain Sufi singer Amjad Sabri to pay homage to him, in Karachi, Pakistan, Tuesday, June 28, 2016. Sabri, a well-known Pakistani Sufi singer who was shot dead in the port city of Karachi in an attack on last week claimed by Islamic extremists. (Photo by Shakil Adil/AP Photo) 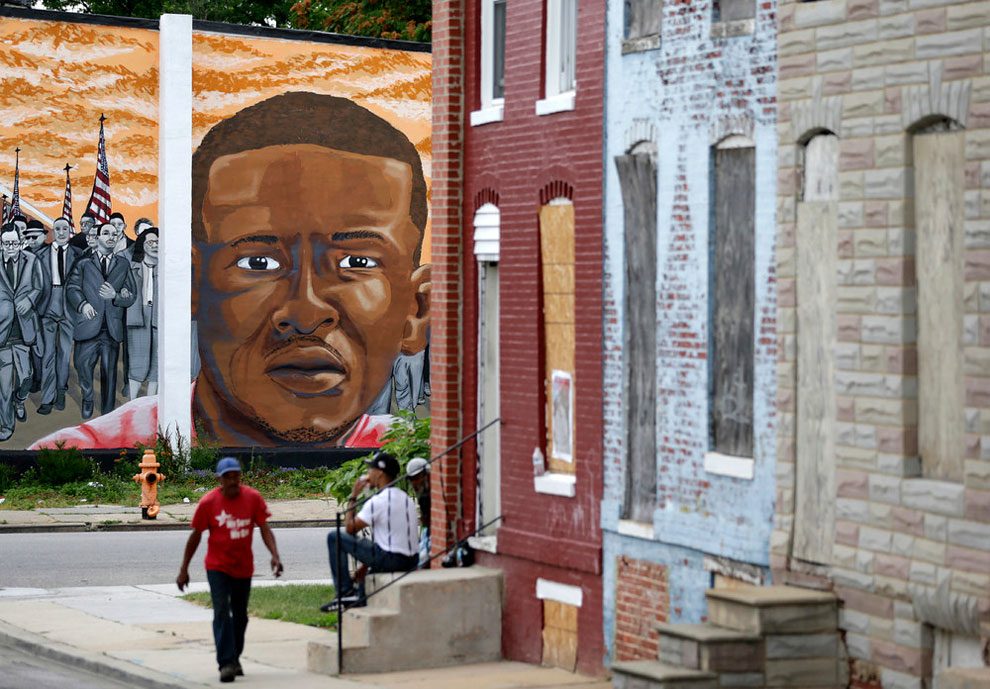 A mural depicting Freddie Gray is seen past blighted row homes in Baltimore, Thursday, June 23, 2016, at the intersection where Gray was arrested. (Photo by Patrick Semansky/AP Photo) 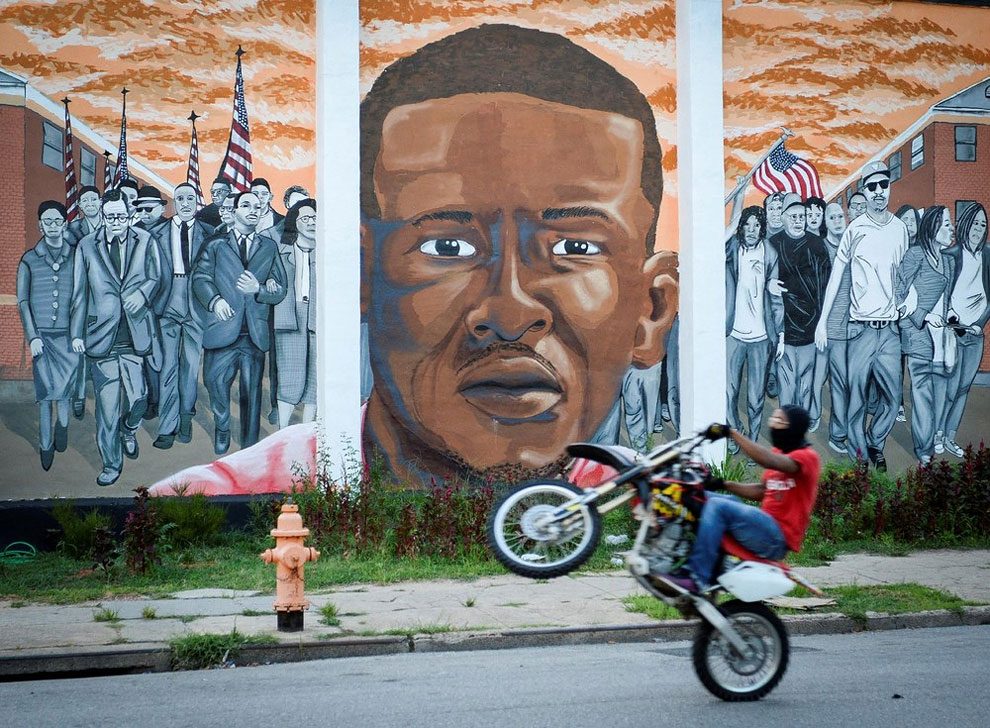 A motorcyclist passes a mural of the late Freddie Gray in the Sandtown neighborhood of Baltimore, Maryland, U.S., July 27, 2016. (Photo by Bryan Woolston/Reuters) 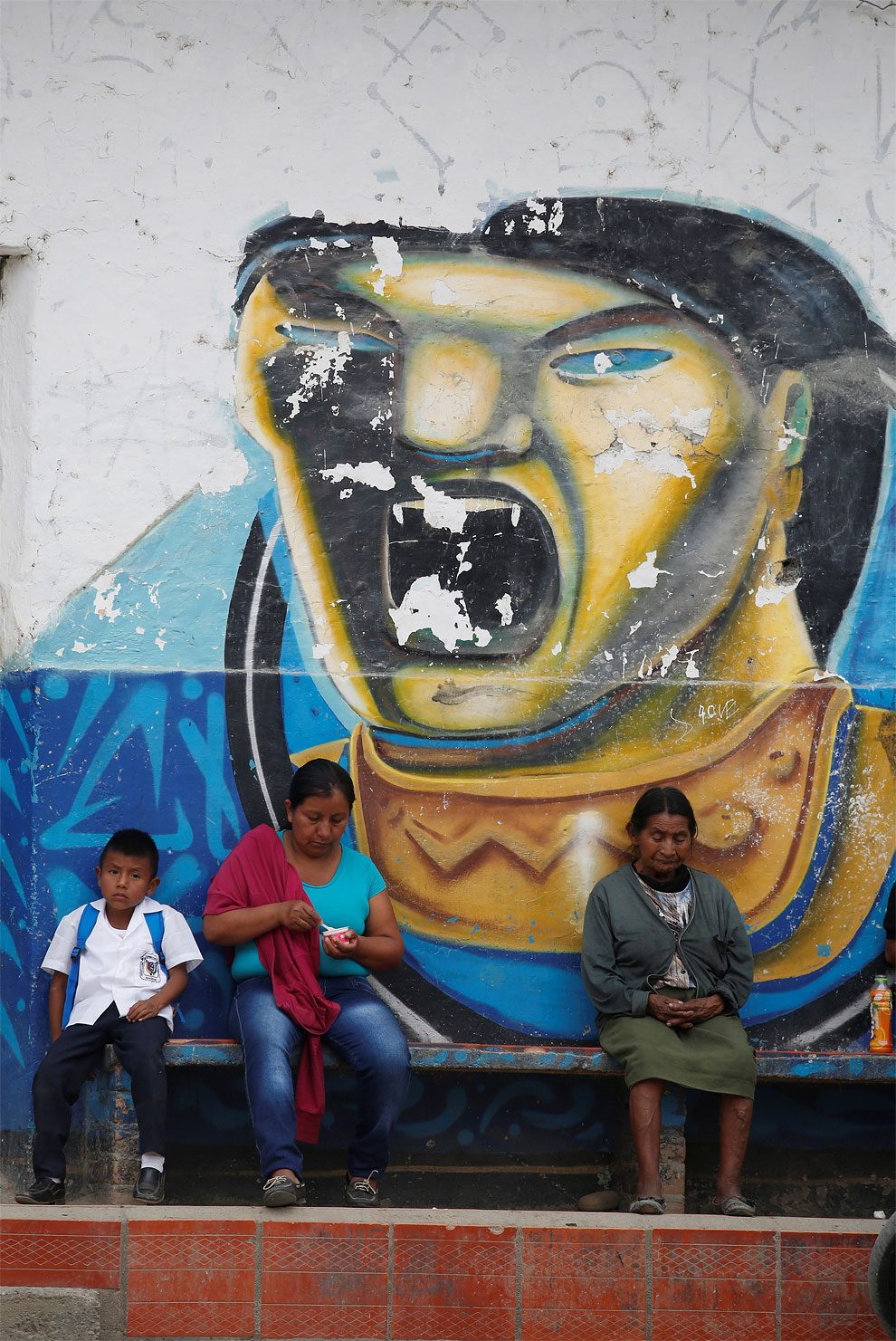 People sit next to a mural in Toribio, Cauca, Colombia, February 9, 2016. (Photo by Jaime Saldarriaga/Reuters) 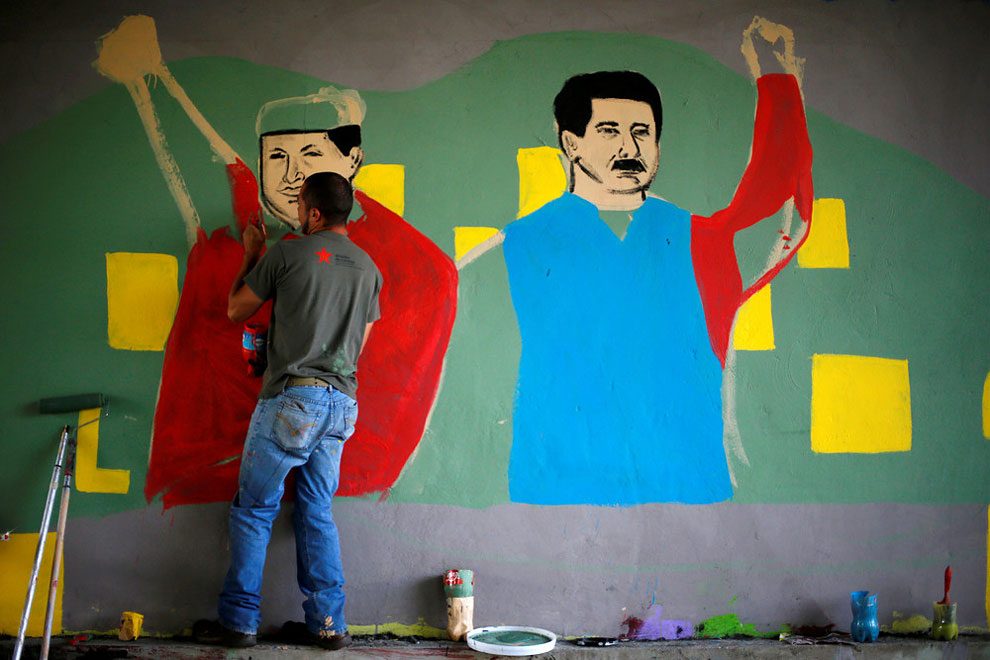 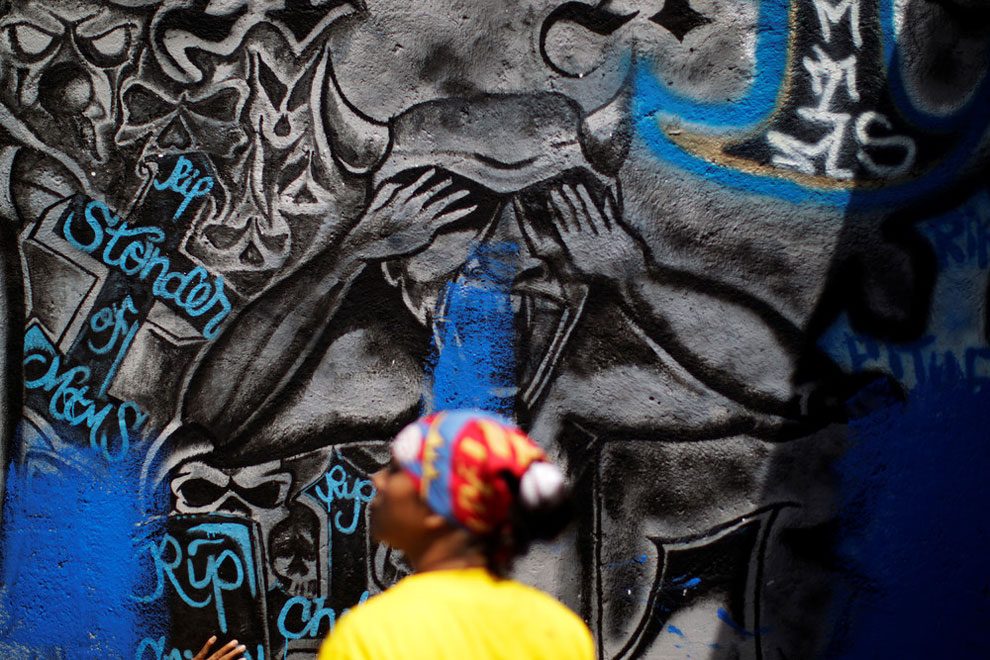 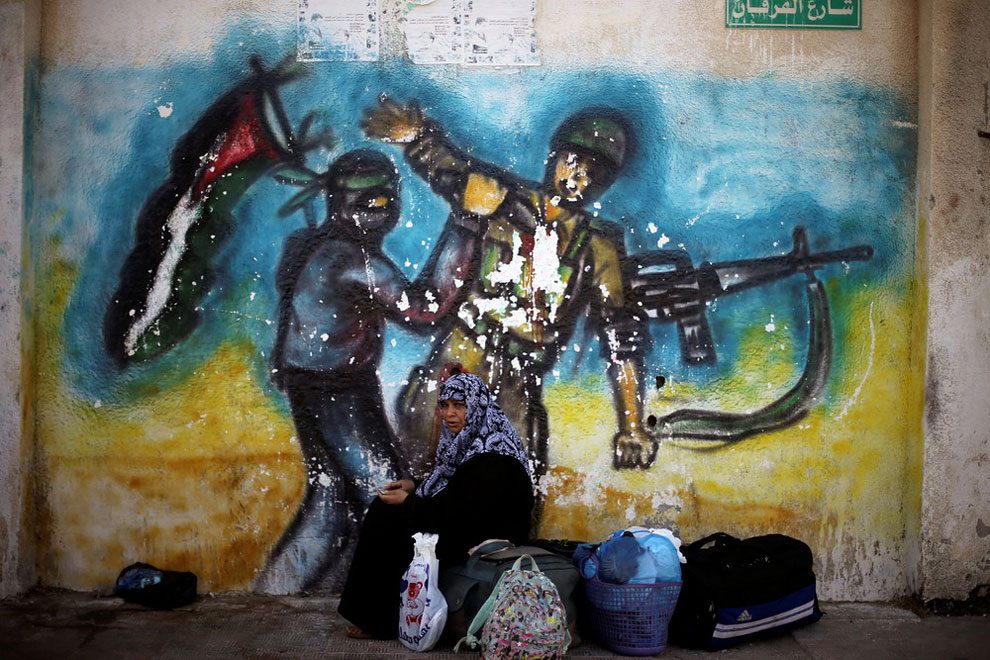 A woman sits in front of a mural as she waits for a travel permit to cross into Egypt through the Rafah border crossing after it was opened by Egyptian authorities on Wednesday for five days, in the southern Gaza Strip June 30, 2016. (Photo by Ibraheem Abu Mustafa/Reuters) A man walks past a graffiti, denouncing strikes by U.S. drones in Yemen, painted on a wall in Sanaa, Yemen on November 13, 2014. (Photo by Khaled Abdullah/Reuters) 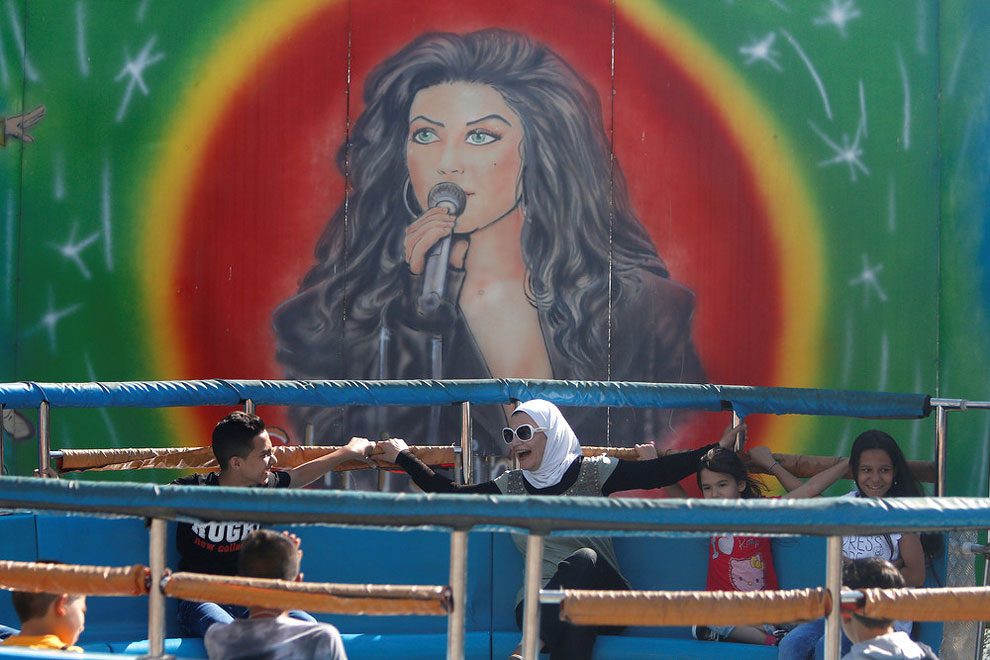 Children play at an amusement park, on the first day of the Muslim holiday of Eid al-Fitr, which marks the end of the holy month of Ramadan, in the government-controlled al-Mazzeh neighbourhood in Damascus, Syria July 6, 2016. (Photo by Omar Sanadiki/Reuters) 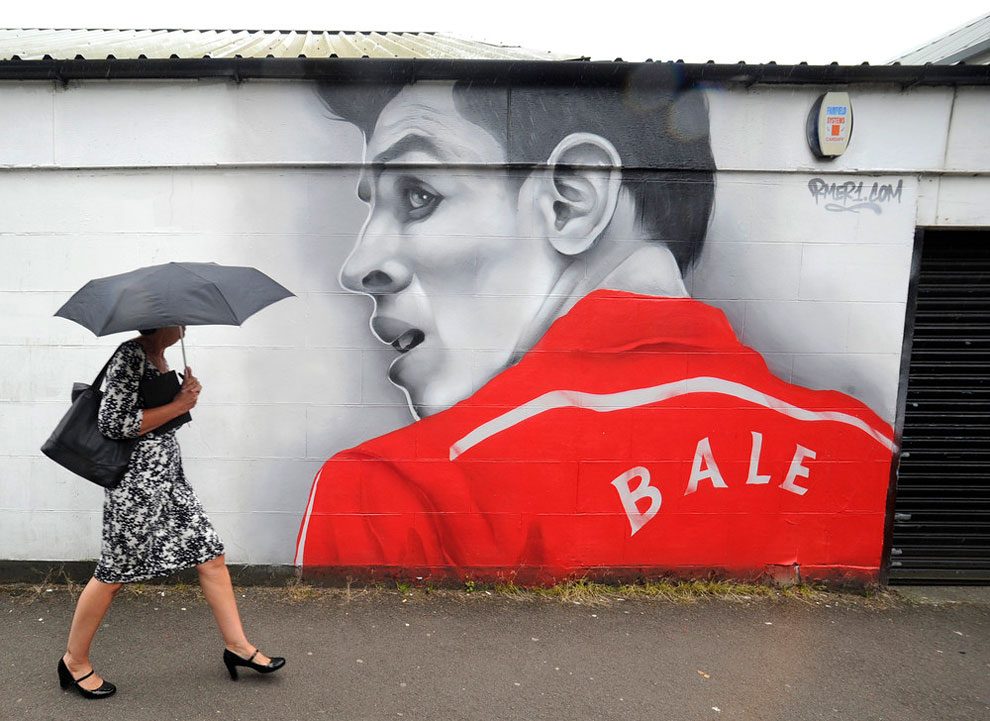 A mural with an image of Wales’ Gareth Bale on the side of the Hearing & Mobility shop in Whitchurch, the suburb that Bale went to school in Cardiff, Wales, July 7, 2016. (Photo by Rebecca Naden/Reuters/Livepic) 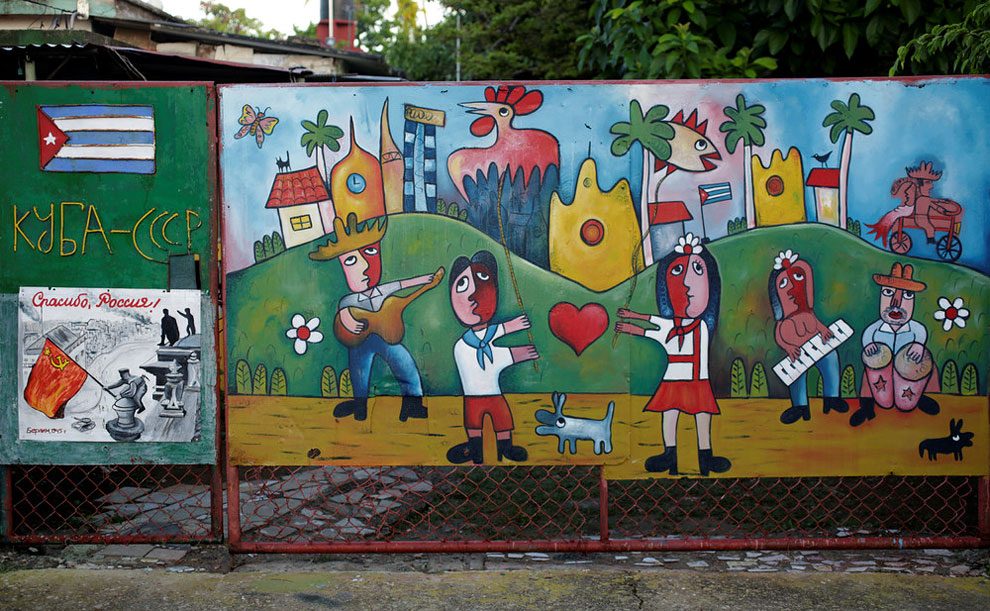 A painting of Cuban artist Jose Fuster is seen on the door of a house in the seaside village of Jaimanitas in Havana, Cuba, July 14, 2016. Fuster has also adorned the facades of houses in the neighborhood with Picasso-like paintings and playful ceramic figures, transforming the humble neighborhood into an island of brightness. (Photo by Enrique de la Osa/Reuters) 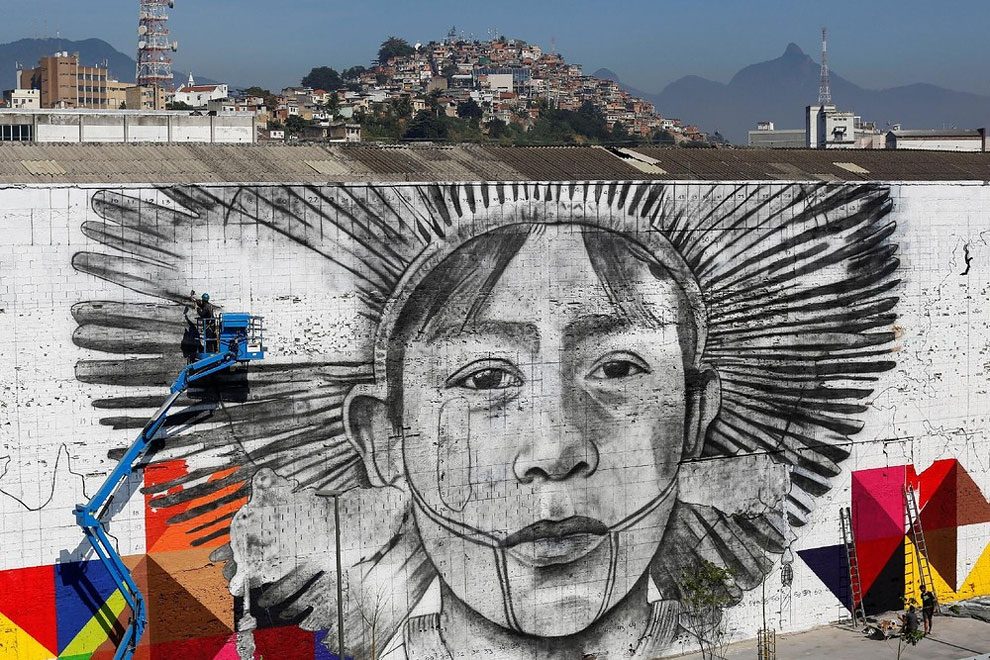 Graffiti artists work on a wall as they create a massive mural on Rio’s Olympic Boulevard featuring native people from five continents ahead of the Rio 2016 Olympic Games in Rio de Janeiro, Brazil July 14, 2016. (Photo by Bruno Kelly/Reuters) 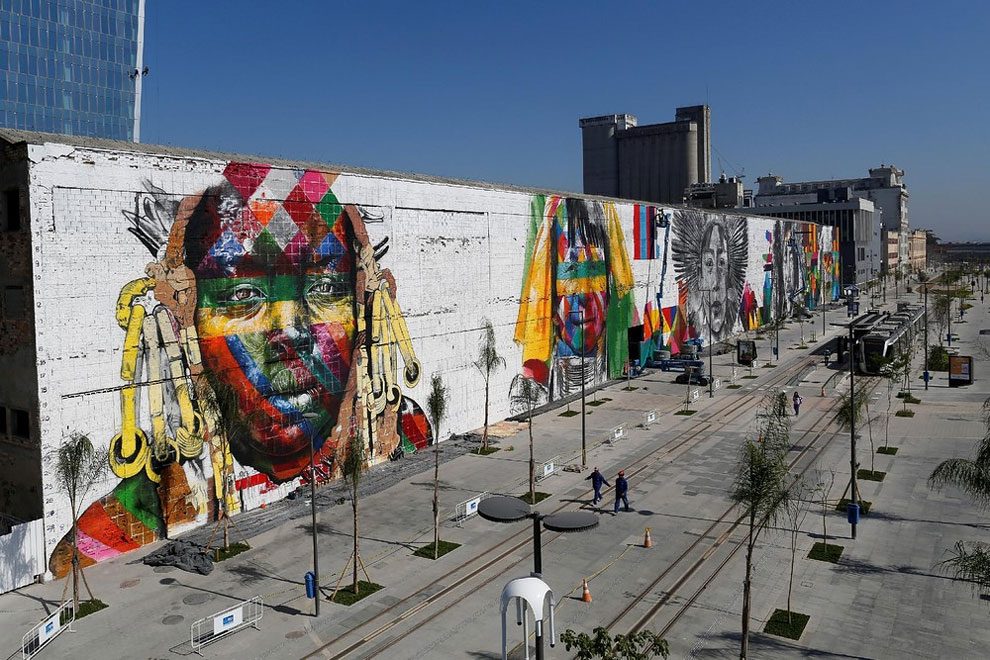 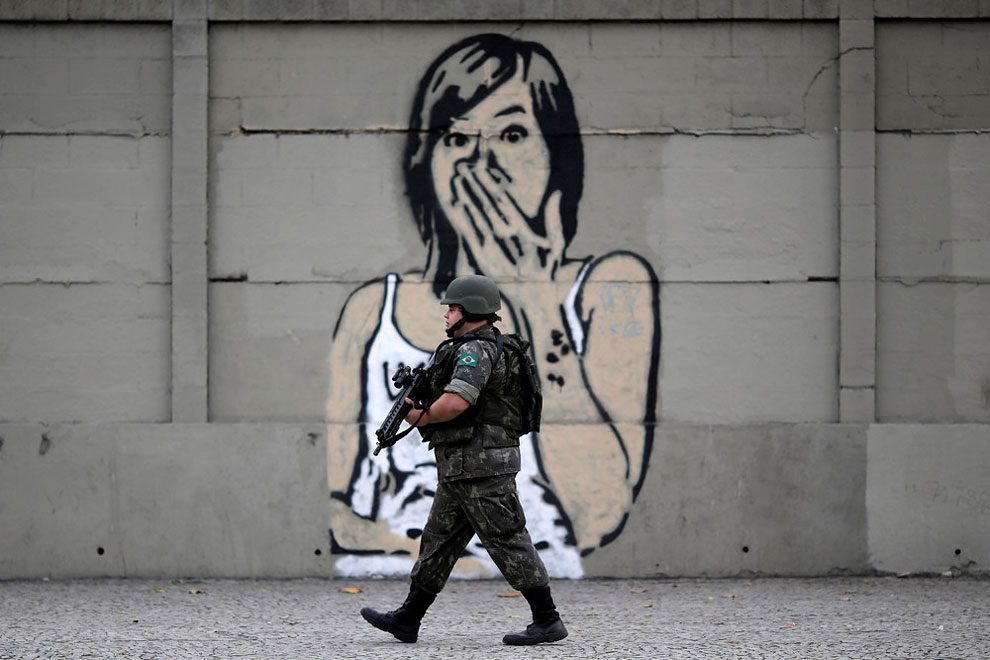 Painters work on a mural created by Brazilian artist Eduardo Kobra that when finished will cover nearly 3,000 square meters of wall space and depict indigenous faces from five continents, to welcome visitors to the Rio 2016 Olympic Games, in Rio de Janeiro July 25, 2016. (Photo by Stoyan Nenov/Reuters) 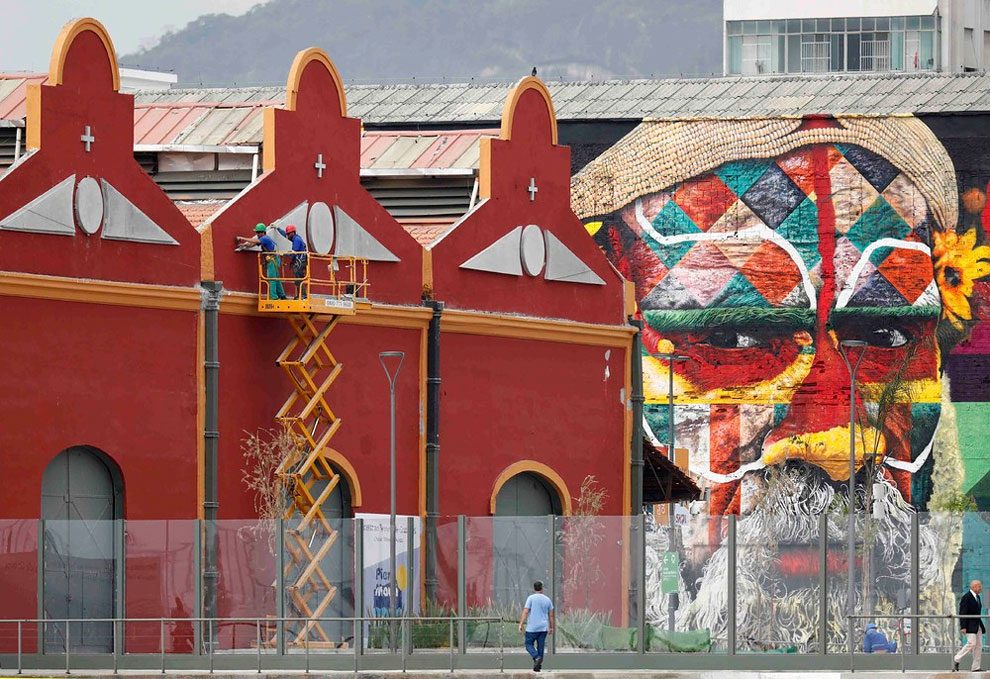 Painters touch up buildings ahead of the Rio 2016 Olympic Games in Rio de Janeiro, Brazil July 29, 2016. (Photo by Kai Pfaffenbach/Reuters) 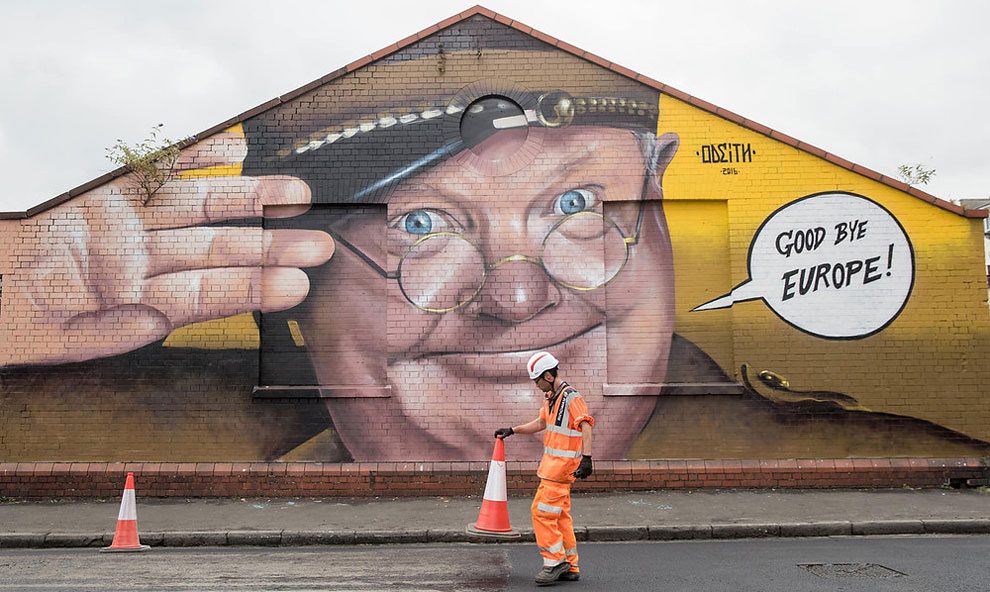 A construction worker moves a traffic cone in front of artwork by Odeith and is part of the 2016 Upfest on July 27, 2016 in Bristol, England. The annual event, which this year helped celebrate 45 years of the Mr Men and Little Miss book series, started in 2008 and is said to be the largest free street art and graffiti festival in Europe. The festival now attracts more than 300 artists including Inkie, Jody, Pichi & Avo and Leon Keer from 25 countries to paint live on walls and surfaces around Bedminster and Southville areas of the city of Bristol, the hometown of guerrilla artist Banksy. Some of the graffiti art work is painted on moveable boards and temporary hoardings, but murals on some venues and buildings remain all year until the next festival. (Photo by Matt Cardy/Getty Images) 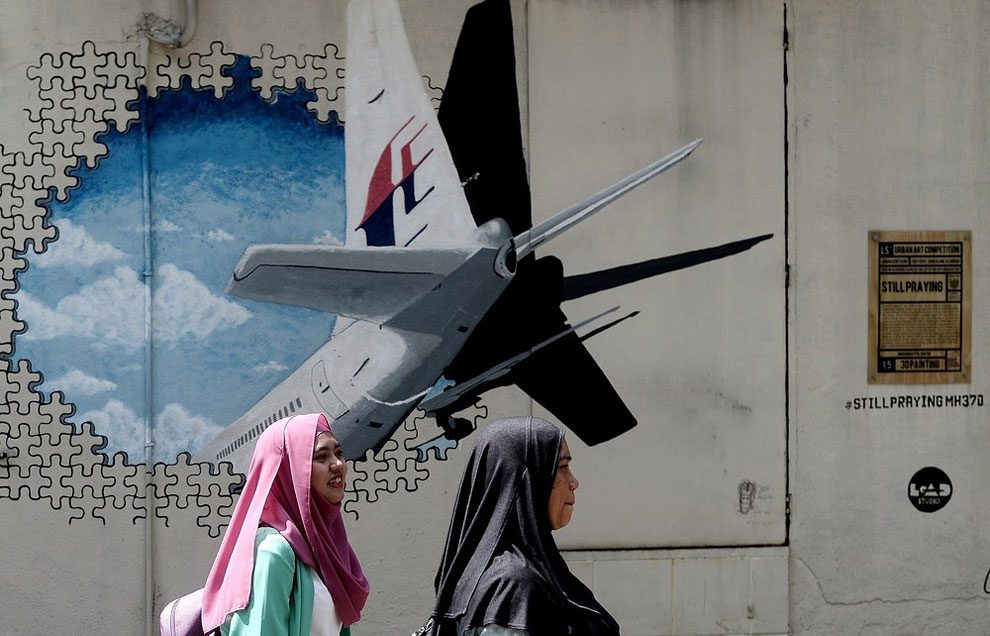 Malaysian women walk in front of a mural of missing Malaysia Airlines MH370 plane in a back-alley in Shah Alam on March 8, 2016. (Photo by Manan Vatsyayana/AFP Photo) 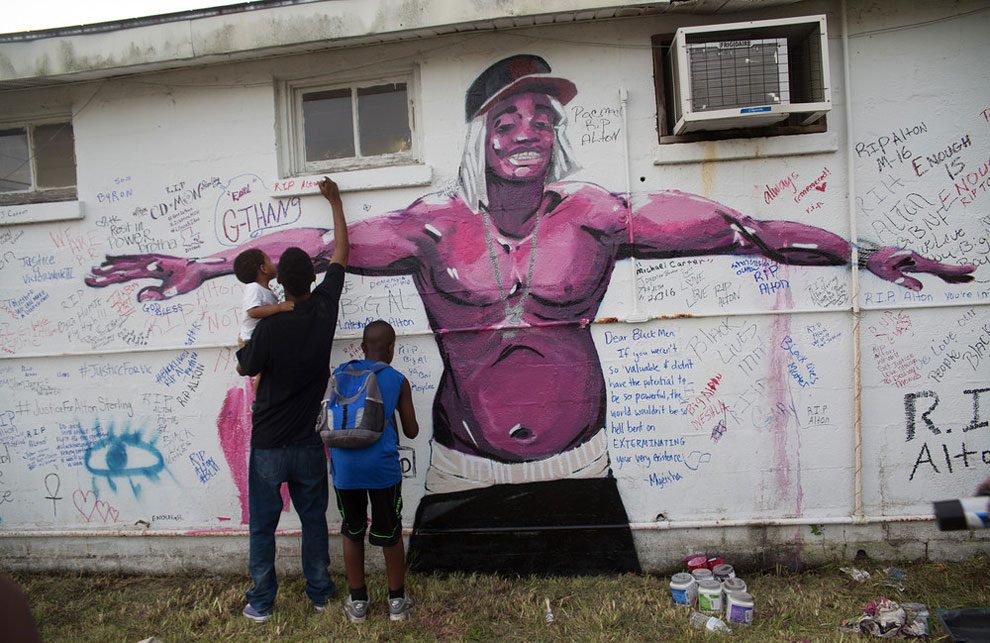 Painting by Langston Allston, a New Orleans artist of one of the mourners he painted durring a vigil for Alton Sterling at the Triple S Food Mart, Wednesday, July 6, 2016. (Photo by Julie Dermansky) 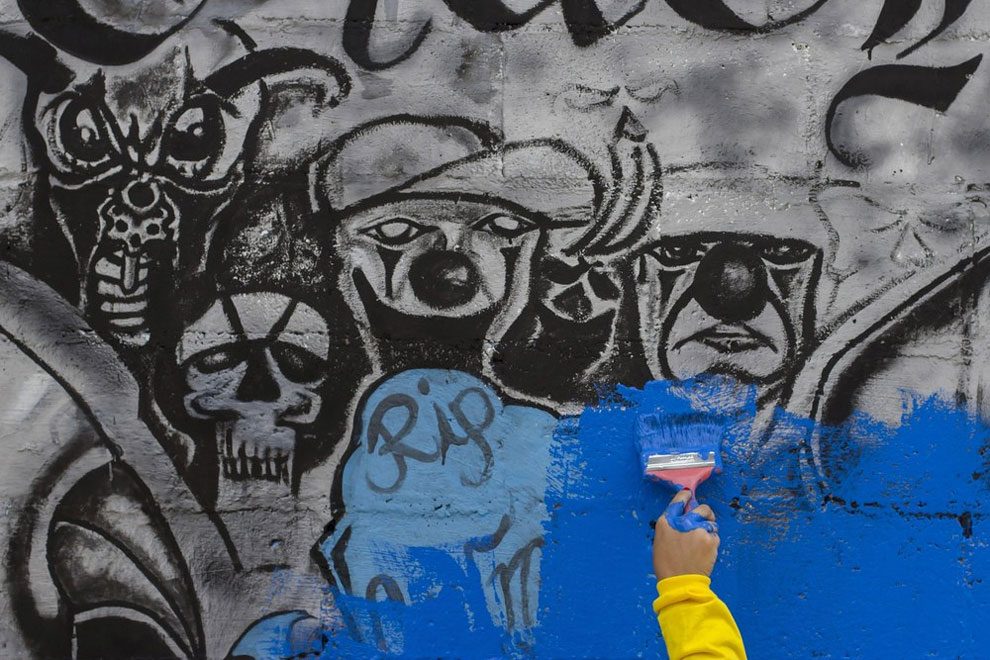 In this June 21, 2016 photo, an inmate paints over Mara Salvatrucha gang graffiti in the April 22 neighborhood in Soyapango, El Salvador. After becoming the world’s murder capital last year and posting an equally bloody start to 2016, El Salvador has seen its monthly homicide rates fall by about half. The government attributes the drop to a tough military crackdown on the country’s powerful gangs, while the gangs themselves claim credit for a nonaggression pact between the three biggest criminal groups. (Photo by Salvador Melendez/AP Photo) 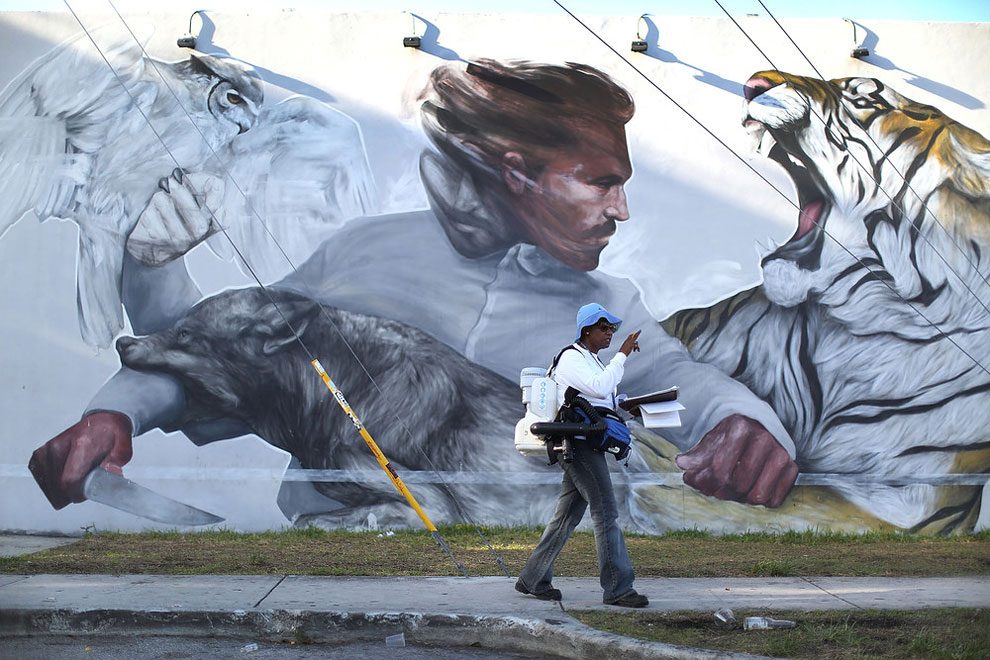 Sharon Nagel, a Miami-Dade County mosquito control inspector, walks through the Wynwood neighborhood looking for mosquitos or breeding areas where she kills the mosquitos with larvicide granules or a fogger spraying pesticide as the county fights to control the Zika virus outbreak on July 30, 2016 in Miami, Florida. (Photo by Joe Raedle/Getty Images) 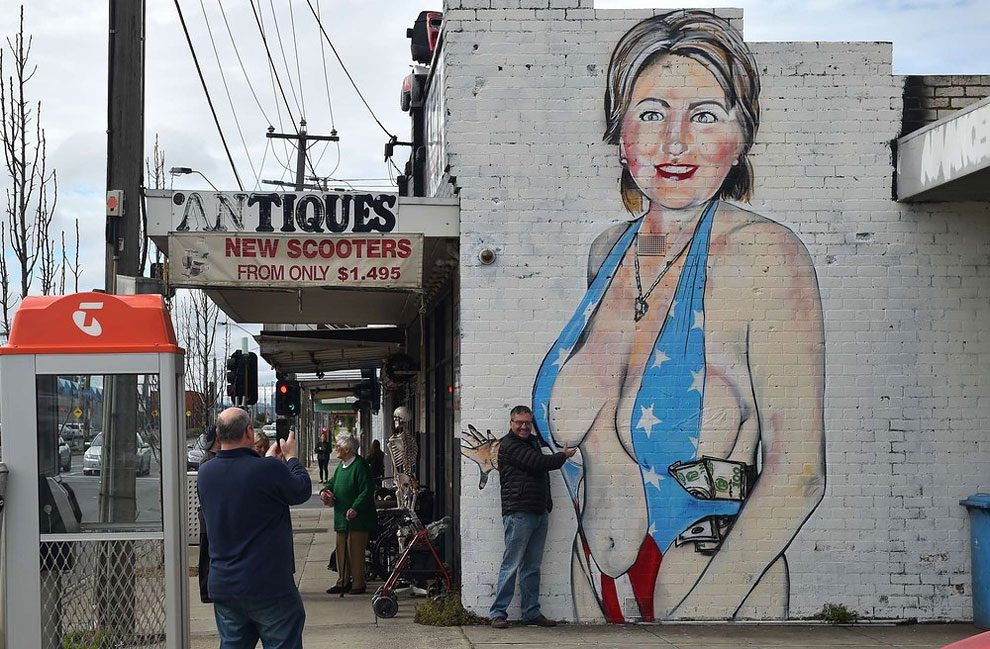 A man poses for a photograph in front of a mural of Democrat US presidential nominee Hillary Clinton clad in a swimsuit bearing the colours of the US flag in West Footscray in Melbourne on July 30, 2016. An Australian mural of US presidential nominee Hillary Clinton in a revealing, stars and stripes swimsuit may be taken down, after it has reportedly been deemed offensive. (Photo by Paul Crock/AFP Photo) 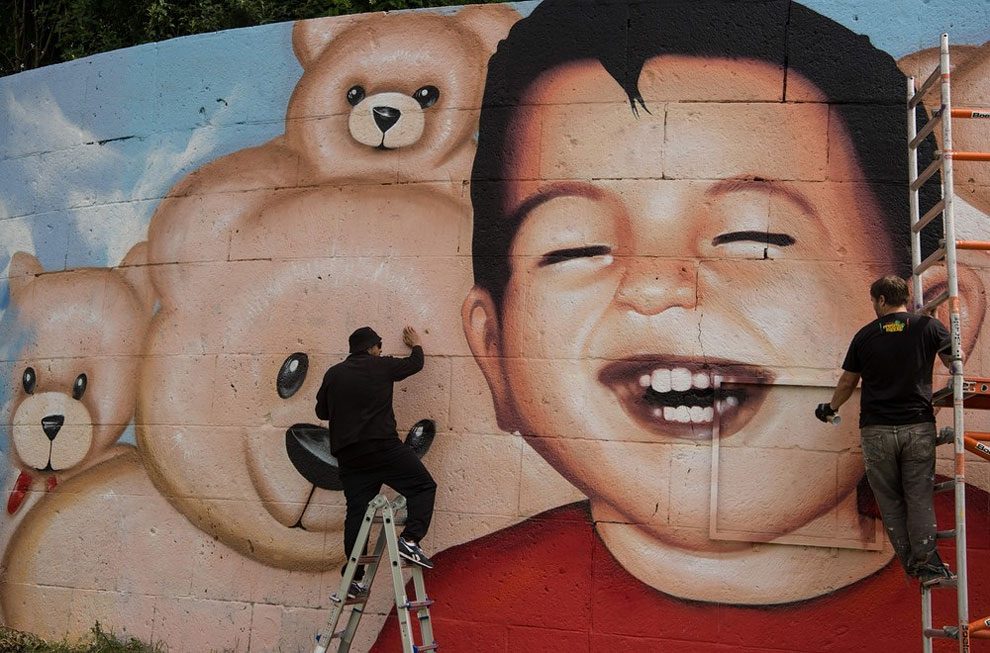 Graffiti artists Oguz Sen, left, and Justus Becker put the finishing touches to a new mural of the drowned Syrian refugee Aylan Kurdi, at Osthafen in Frankfurt am Main, Germany on July 4, 2016. After the previous picture was daubed with slogans, the new image shows a living, laughing Aylan surrounded by teddy bears. (Photo by Boris Roessler/DPA via ZUMA Press) 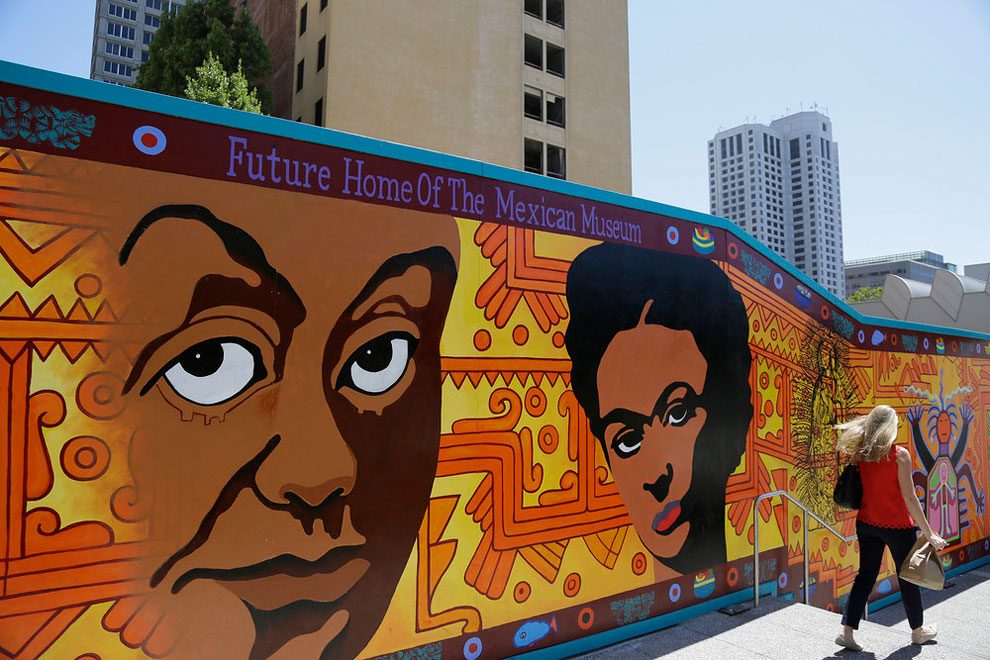 In this photo taken Wednesday, July 13, 2016, a woman walks past a mural outside the future home of the Mexican Museum under construction in San Francisco. (Photo by Eric Risberg/AP Photo) 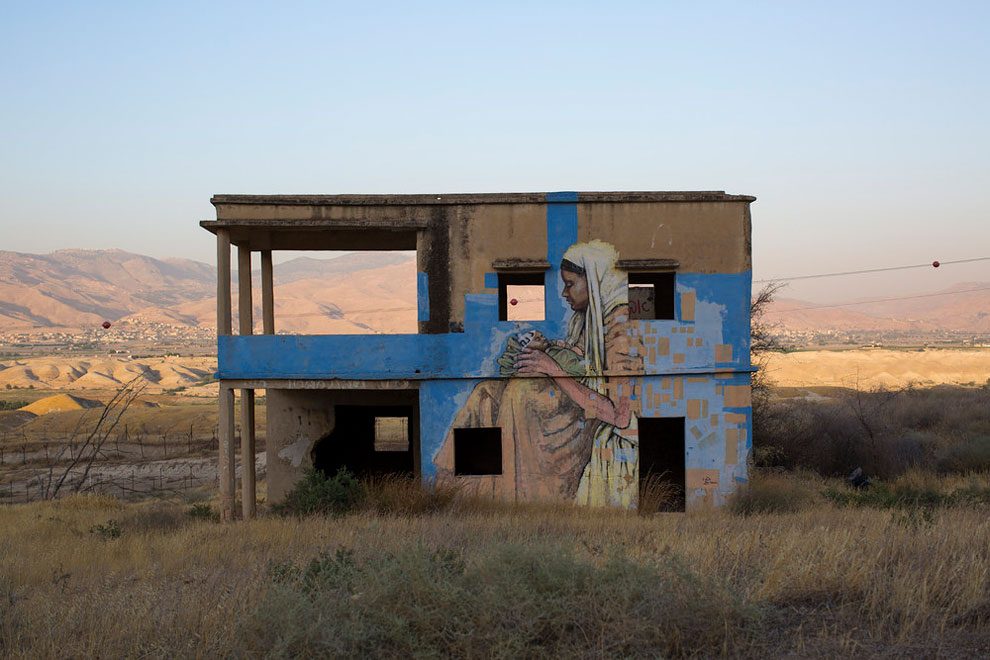 A mural and graffiti by unknowns artists are on display of an abandoned building used to be a water pump from the Jordan River, in the Jordan Valley, Israel, 22 June 2016, backdropped by the security fence on the border between Jordan and Israel. (Photo by Atef Safadi/EPA) 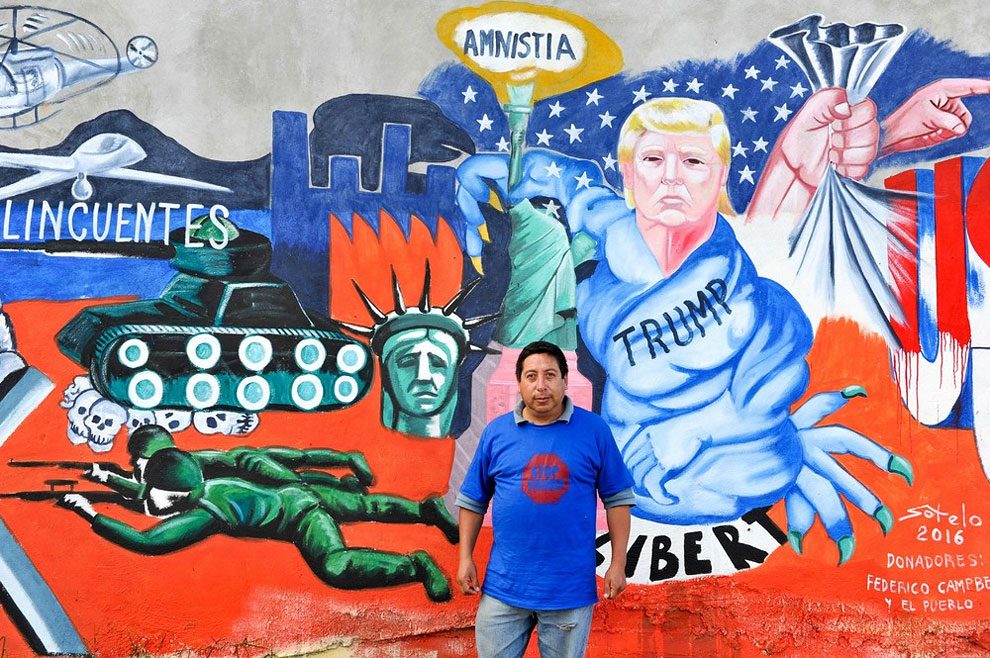 Mexican artist Luis Sotelo poses in front of his worh, a mural paint called “We are migrants not criminals” (Somos migrantes no delincuentes) in Tonatico, Mexico, on 25 June 2016. The mural is part of the cultural movement “Stop Trump”. (Photo by Mario Vazquez/AFP Photo) 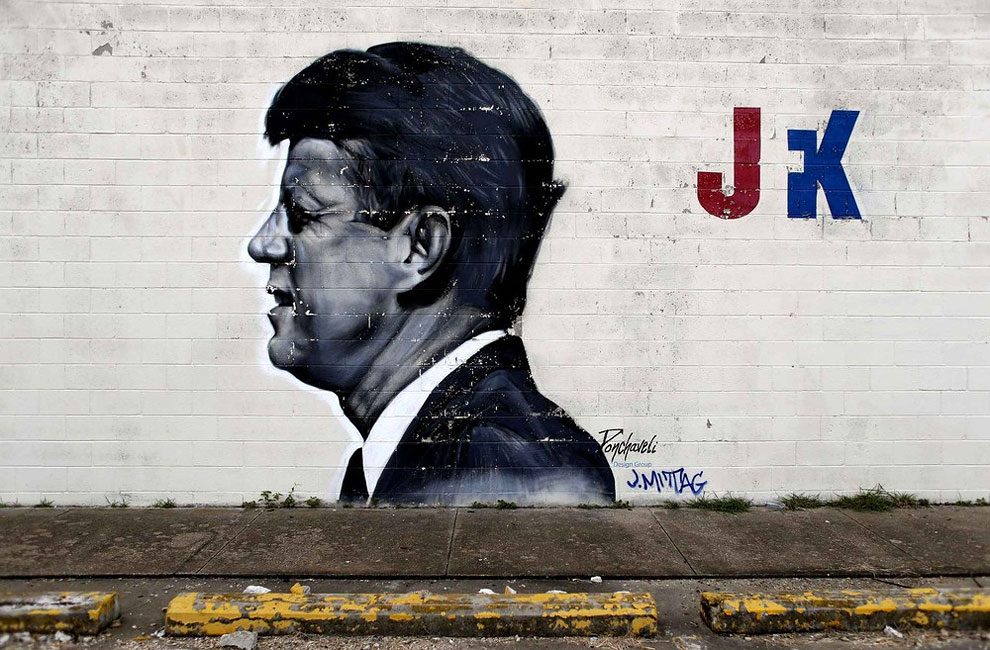 A mural of President John F. Kennedy is seen on the wall of a business, Saturday, July 9, 2016, in Dallas. After five police officers were killed in a shooting Thursday, a city forever haunted by the assassination of John F. Kennedy is trying to not let the worst America attack on police since Sept. 11 define it again. (Photo by Eric Gay/AP Photo) 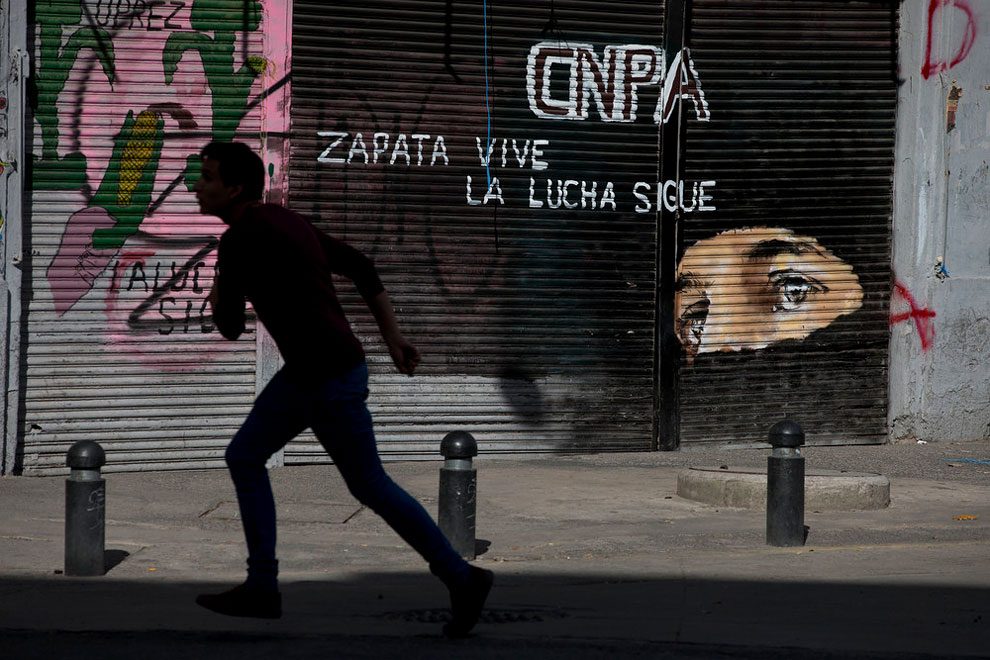 A boy playing soccer in a street outside the Interior Ministry that was barricaded by police runs past a mural of rebel leader Sub Comandante Marcos with the slogan in Spanish “Zapata lives. The struggle continues”, in Mexico City, Wednesday, June 22, 2016. A group of protesting teachers accompanied by a mediation commission were meeting Wednesday evening with Interior Secretary Miguel Angel Osorio Chong. The negotiations between the striking radical teachers and the government come three days after a clash between protestors and police in Oaxaca state left eight dead and more than 100 injured. (Photo by Rebecca Blackwell/AP Photo)