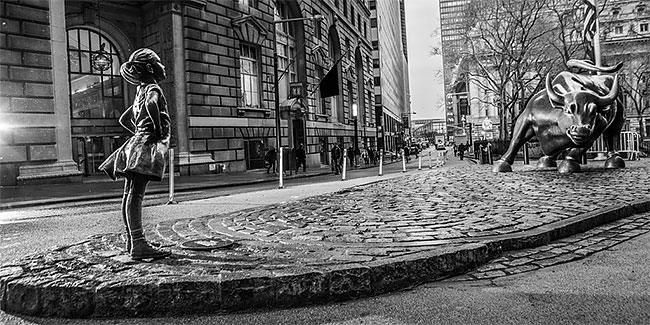 A statue of a ‘fearless girl’ has been installed on Wall Street opposite the iconic Charging Bull bronze sculpture. The artwork was installed opposite the bull statue, which represents financial optimism and prosperity, on the eve of International Women’s Day. 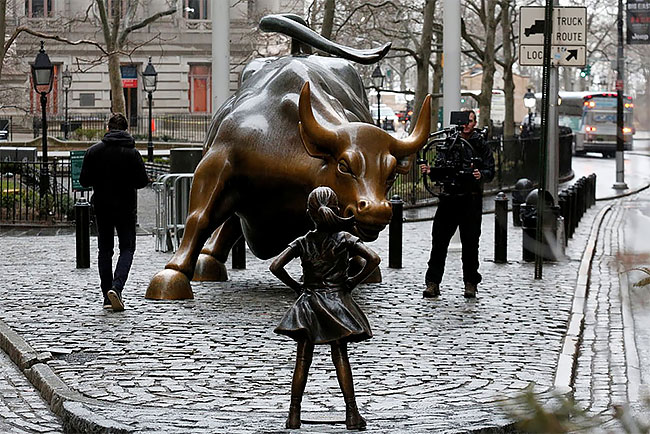 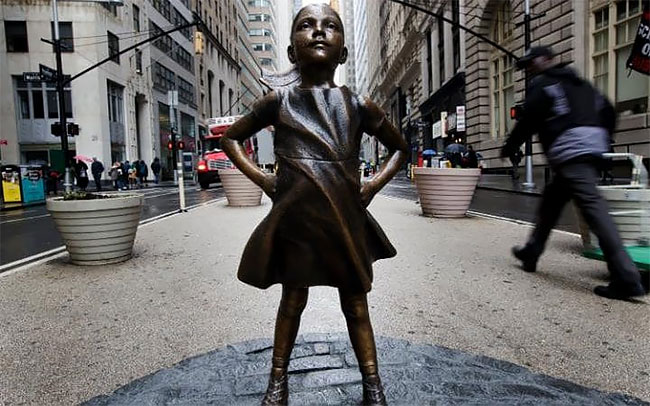 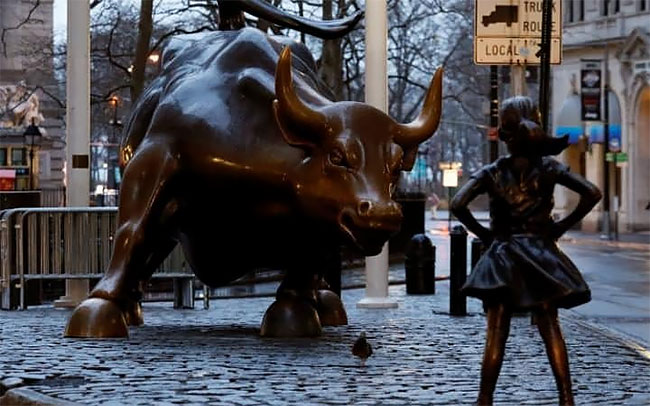 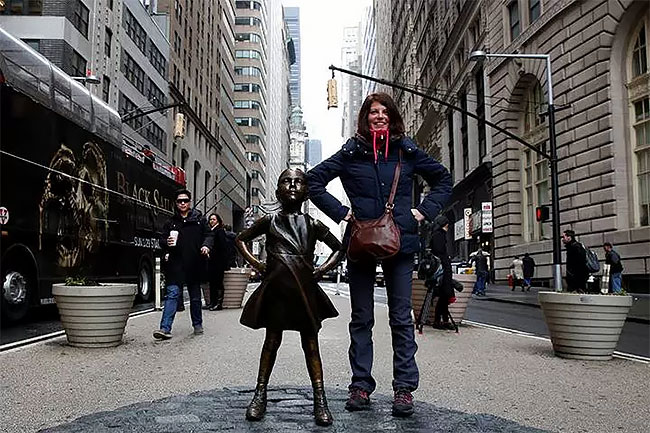 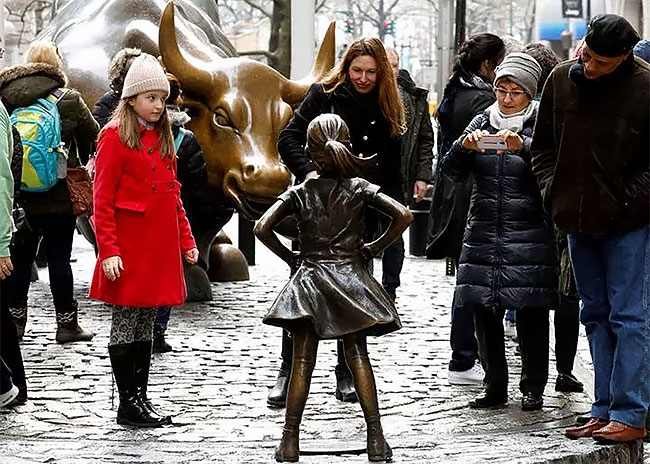