Really Weird Things That Were Washed Up On The Shore

The ocean hides many secrets not only because it is under-researched but also because it washes things up on beaches that we never expected to see. It’s not always seashells and starfish! 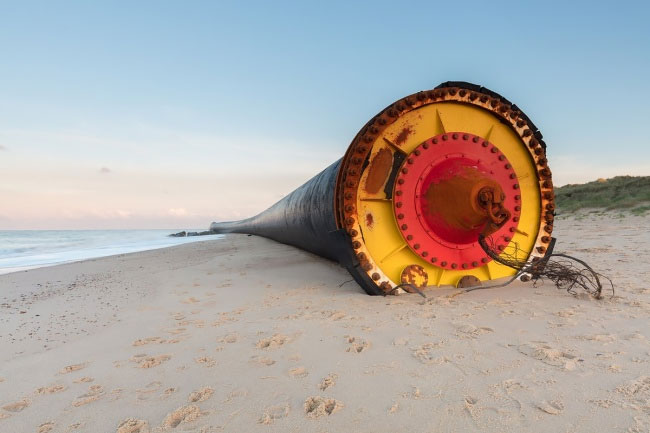 Giant pipes 6.5 feet in diameter (2 meters) fell into the sea during transportation. Norfolk inhabitants were extremely surprised to find them on the beach in August 2017. The longest pipe was 1,640 feet (500 meters). 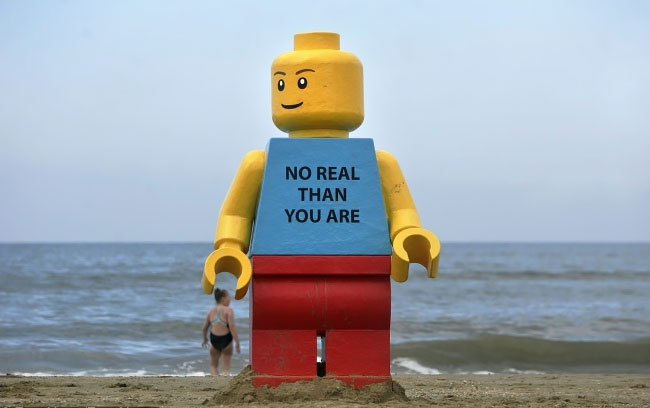 A giant LEGO toy (about 8 feet tall) was washed up on the shore in Zandvoort, Netherlands. At first, the people on the beach were very surprised, but then they set it up and started taking pictures with it. It is still unknown where the toy came from, and the Dutch branch of LEGOLAND claimed they had nothing to do with it. 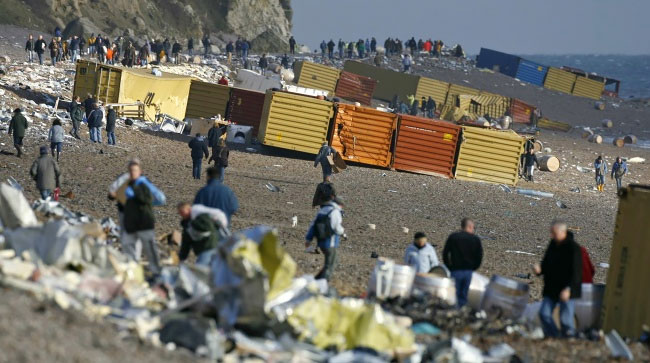 After the cargo ship Napoli was wrecked in 2007, a few containers were washed up on the shore in Devon, England. People who wanted to get inside the cargo containers rushed to the beach. Some of them got wine barrels, and those who were even luckier got BMW motorcycles. 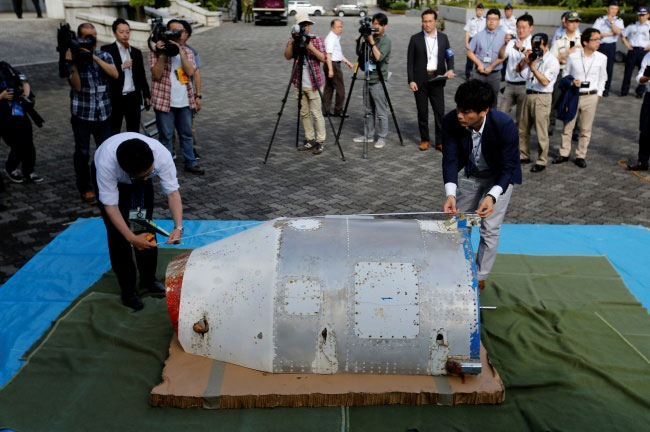 Missile debris was found on one of the beaches in Japan in 2016. It was probably a part of the North Korean missile that was launched the same year.

The eye of an unknown creature 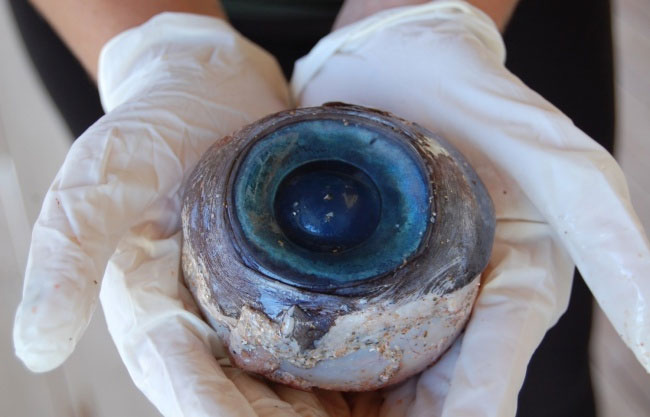 This unusual item was found on a beach in Florida in 2012. It is unknown what kind of mysterious creature this eye belonged to. 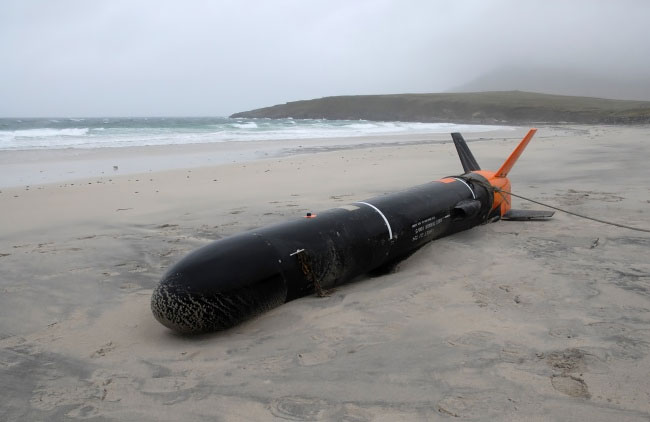 In 2008, a military object was found on the beach in Scotland. It was an unmanned target. 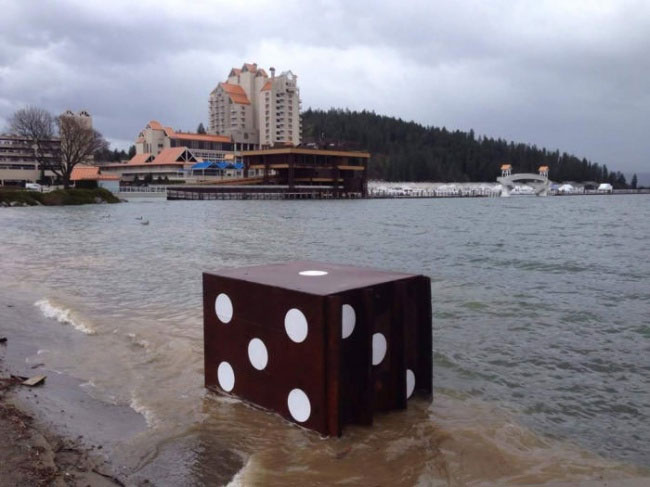 This huge dice cube was found in Idaho in March 2017. 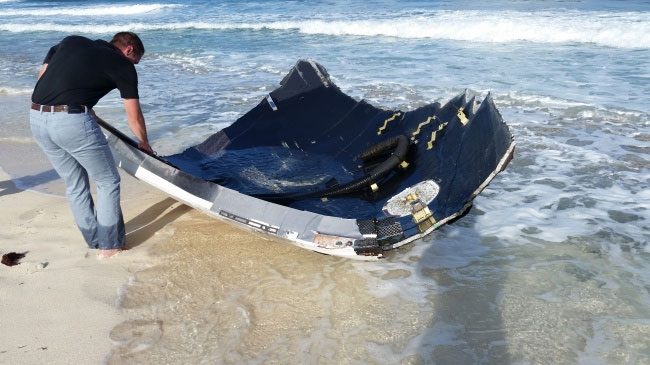 Elon Musk’s company, SpaceX, launched a spaceship. In 2015, its debris was found on the beach in the Bahamas. 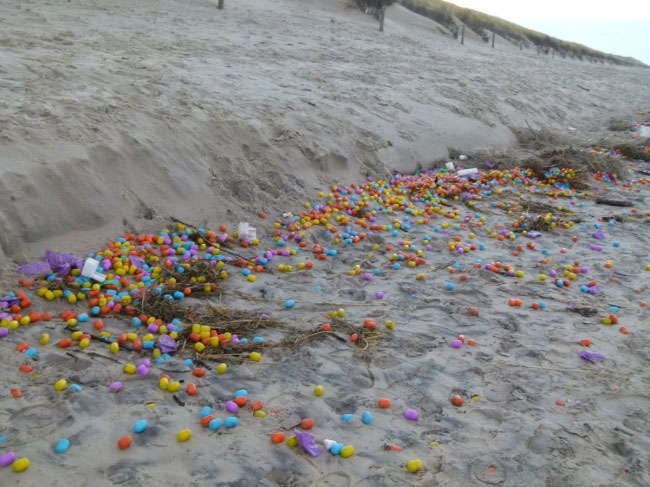 In January 2017, children from Langeoog (an island in Germany) got extremely lucky: thousands of Kinder Eggs and LEGO toys washed up on the beach. A cargo ship lost a few containers during a storm, and their contents ended up on this beach. 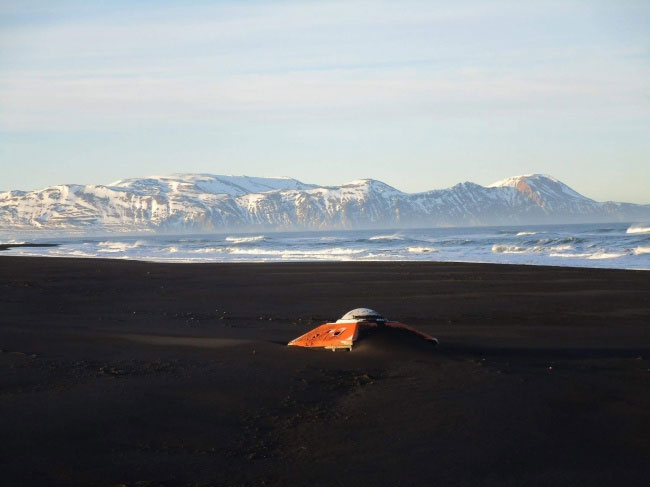 This mysterious object that was found on the beach in Iceland is not a UFO. This is an acoustic Doppler flow meter: a device that helps to measure the speed of flow in the depths of the ocean. 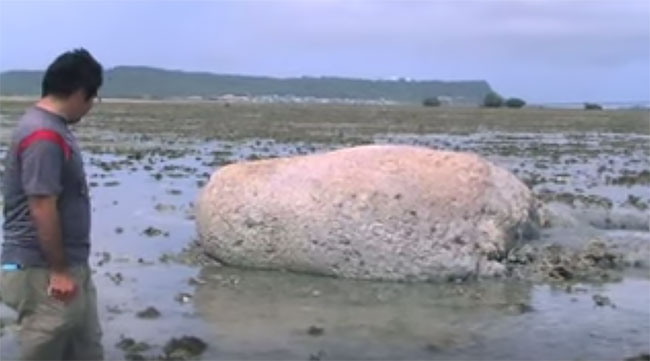 After the 2011 tsunami, this giant white mass was washed up on the shore. Someone thought that this was a new creature, possibly a giant octopus. But when scientists took samples, they said that this mass is the leftovers of a shark or whale.

Photo Manipulations by Geir Akselsen
Artist Turns Her Lucid Dreams Into Whimsical Paintings
The Best Company Replies To Twitter’s “Describe 2020 In One Word” Challenge
These Illustrations Show What He-Man And Skeletor’s Life Looks Like When They’re Not Fighting
John Salminen’s Watercolor Paintings Of Urban Landscapes
Bulgarian Street Artist Brings Life To Broken Streets With Funky Googly Eyes
This Dad Turns His 6-Year-Old Son’s Drawings Into Reality
One Of The Most Creative Instagram Accounts You Need To Follow Immediately
Artist Uses Coffee Spills To Create Cute Coffee Monsters
This Man Photoshops Himself Into Series Of Hilarious Scenarios With Celebrities
"Nothing Is True, Everything Is Permitted": Impressive Assassin's Creed Concept Art By Martin Deschambault
Extreme Hipsters: People Who Took Hipsterism To A Whole New Level
“Jesus Is Everywhere” Project Photoshops Jesus In Everyday Situations
"Free Like the Wind": Sensual Illustrations Filled with Sunshine and Youth by Peijin Yang
Obvious Signs Humanity Is Regressing
Wilhelm Werner Von Zimmer’s "Dance Of Death" From 1540
The Funniest Dad Jokes From This Instagram Account Dedicated Entirely To Them
Amazing Creepy Bottles Inspired By H. P. Lovecraft's Worlds
Love Like Blood: The Superb Macabre And Gothic Artworks Of Abigail Larson
Genie Espinosa’s Illustrations Are Not Quite As Innocent As You Might Think
Imaginary Camouflaged Leaf Insects Painted By Takumi Kama
Honest Food And Beverage Logos With Calorie Count On Them
Street Art "Surgeon" Cuts Open Cartoon And Media Characters To Reveal Their Anatomy
This Artist Reimagines Disney Princesses as Twisted Characters and They're So Creepy
Zdzisław Beksiński: Terrifying Visions Of Hell By Murdered Polish Painter
Artist Imagines What Donald Trump Would Do If He Was Born In Russia
"Forest Of Insomnia": Surreal And Dreamlike Photo Manipulations Of Louis Kellner
Artist Paints Elaborately Colorful Scenes Using Only Her Fingers
Artist Reveals The Characters Of Zodiacs Through Surreal Portraits Of Women
Vietnamese Artist Creates Surreal Illustrations Of Animals and Cute Things in the Forest
really, shore, things, washed, weird