Mini Stonehenges: Hong Kong Protesters Take On Police, One Brick At A Time 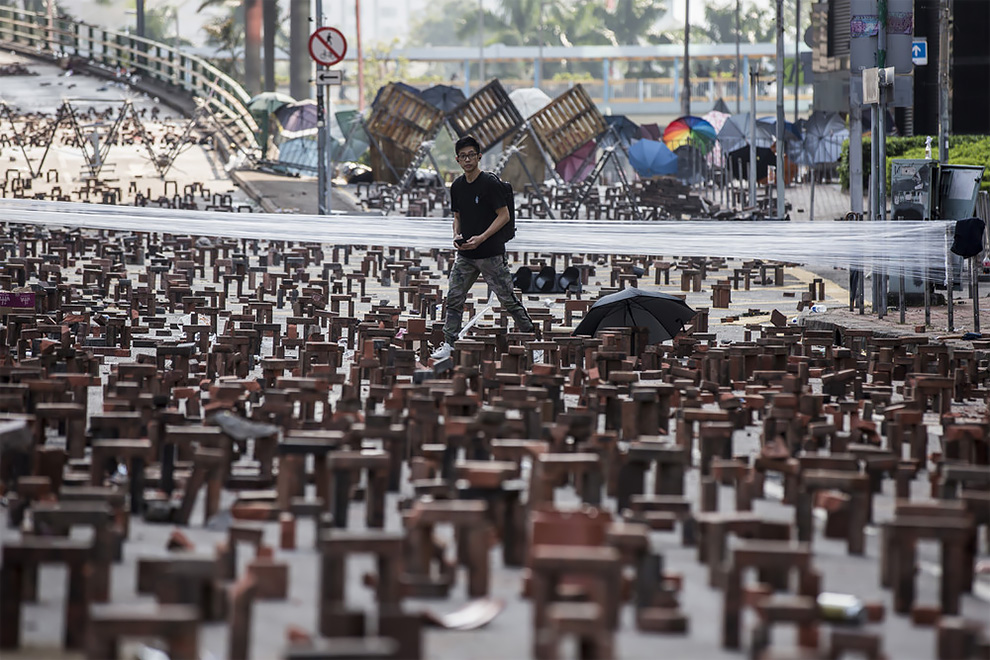 Hong Kong protesters have alighted on a new way to counter the police, as the five-month old anti-government resistance grinds on and their tactics evolve further. 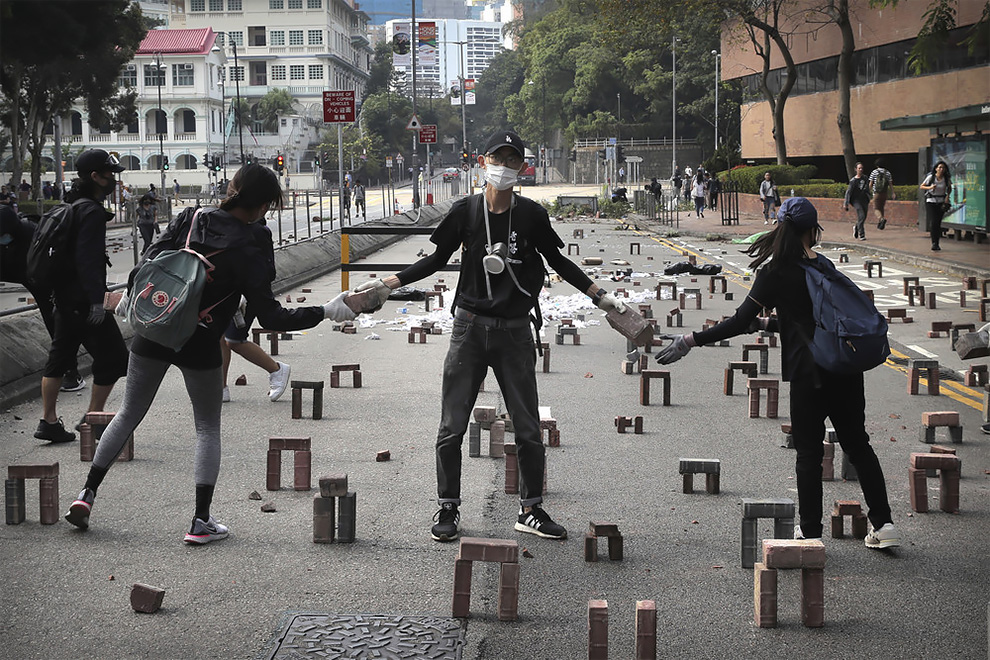 The latest strategy being deployed across the city involves protesters stacking bricks that resemble mini-temples across thoroughfares to function as roadblocks. 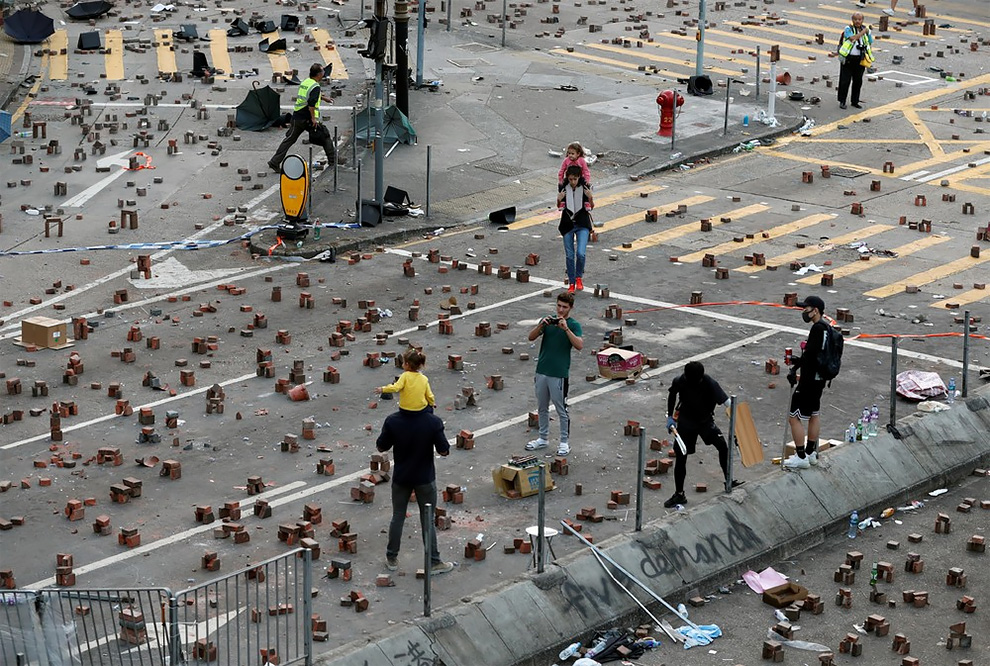 Locally dubbed “brick battlegrounds” or “mini-Stonehenges”, they have been hailed by many supporters as creative installations to deter the advance of riot police and stop cars from driving over thoroughfares. 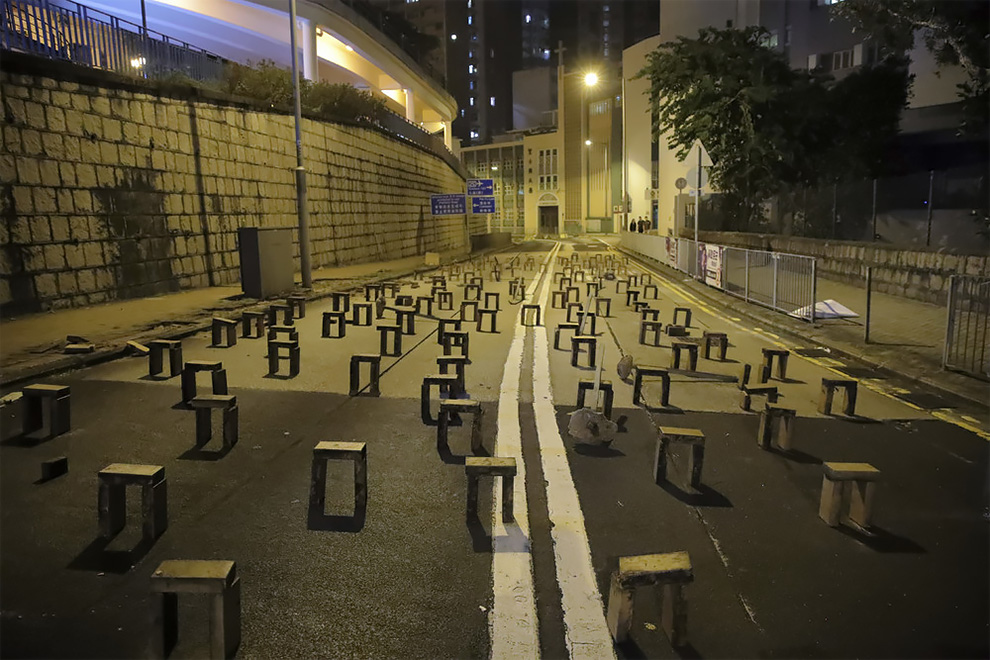 It is the latest tactic adopted by protesters in the five-month anti-government movement which has seen metal and plastic roadside barriers used as make-shift barricades, umbrellas and cling film used to shield against tear gas and pepper spray, foam swimming boards and cupboard doors used as shields against rubber bullets and sponge rounds, and sporting goods such as bows and arrows used as weapons. 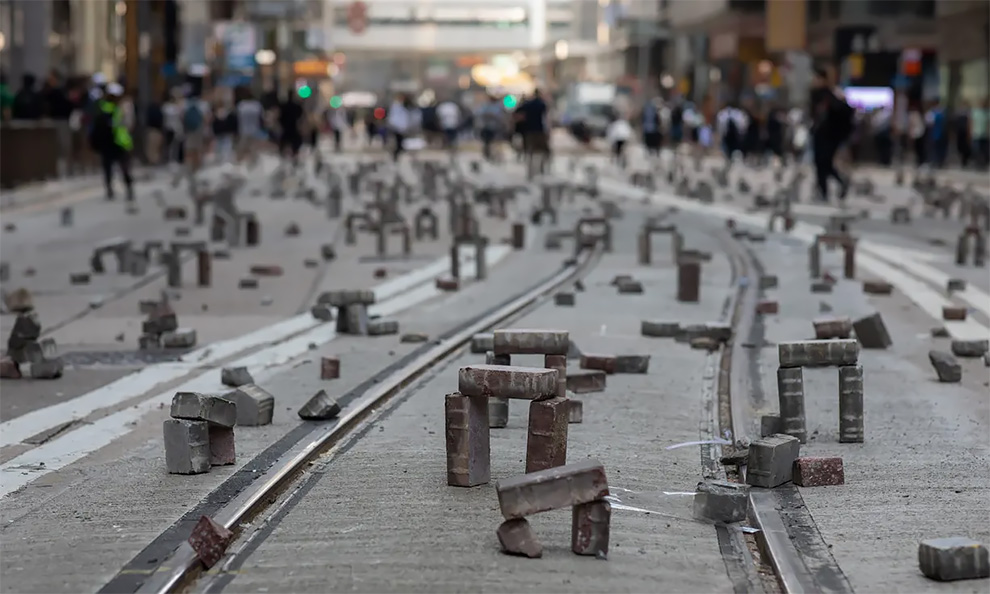 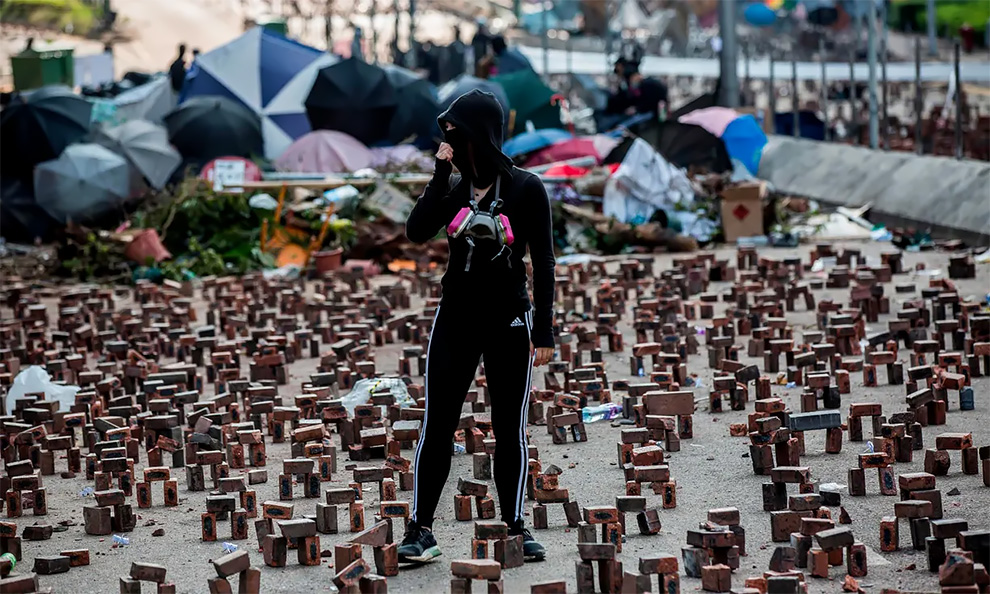 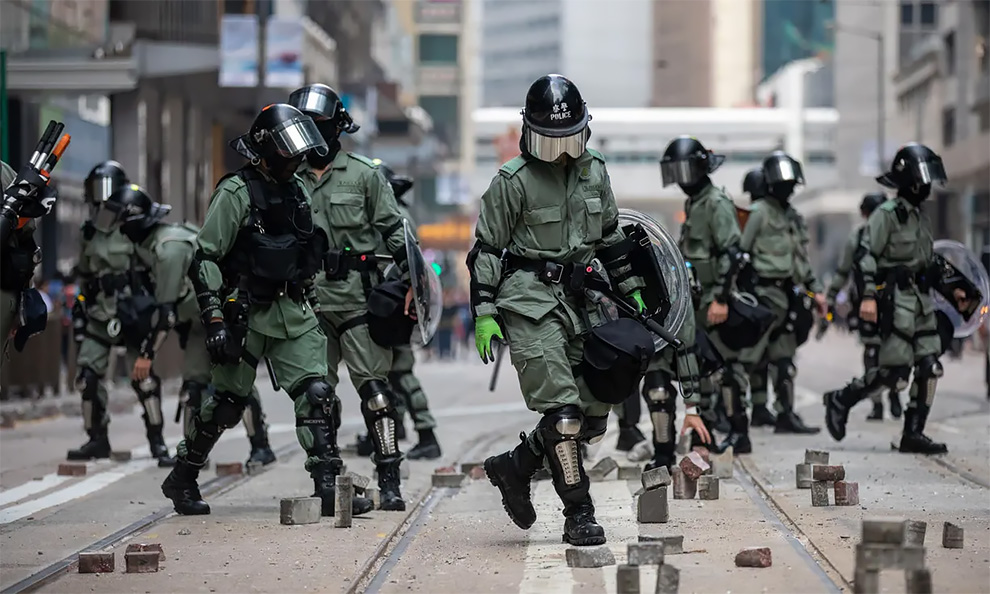 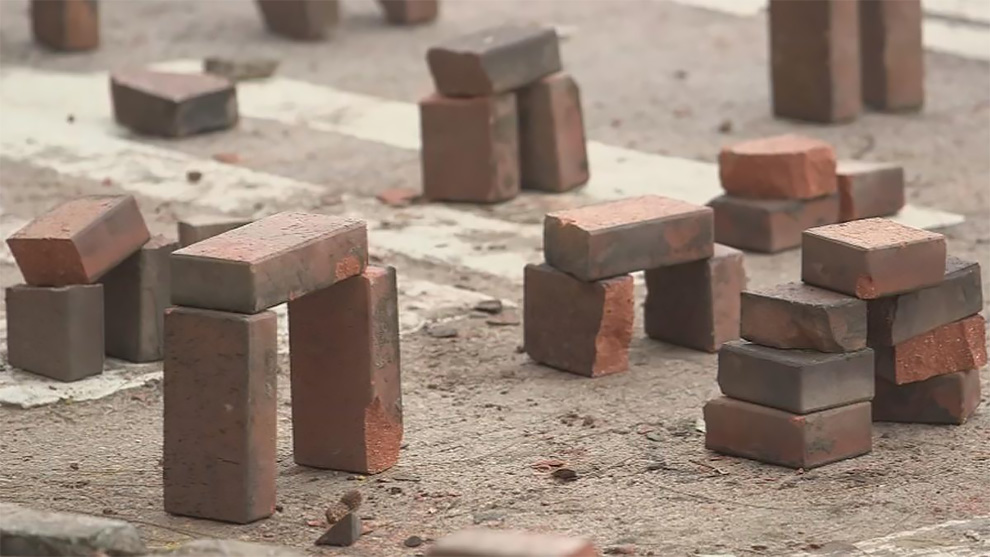 Protesters race with bows as they practice running away from riot police, on the roof of a bus shelter near the Cross Harbour Tunnel, which was blocked after demonstrators occupied the nearby Hong Kong Polytechnic University, in Hong Kong: 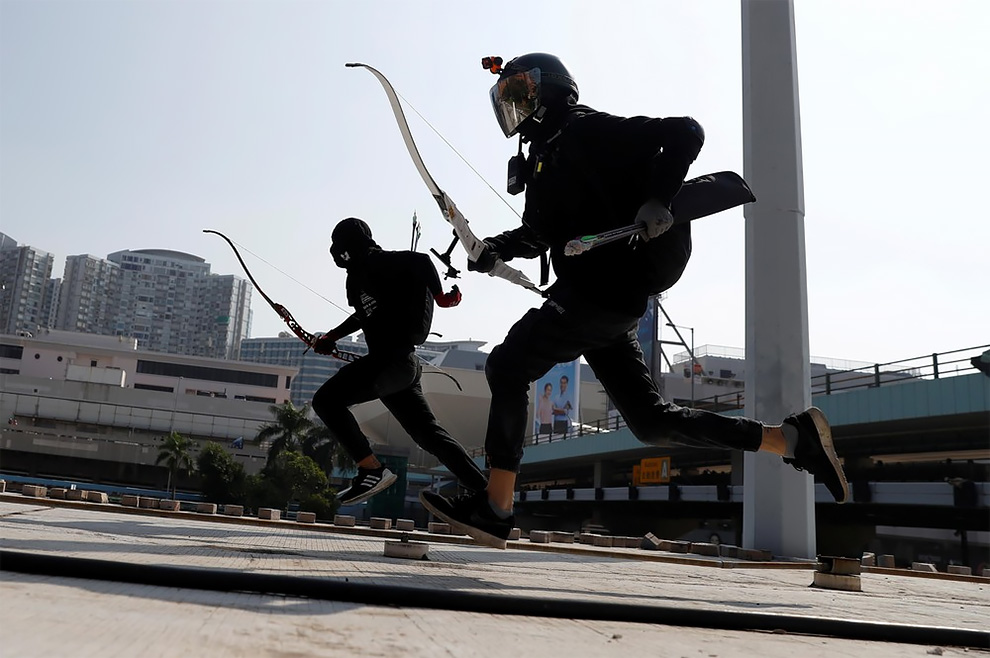