In 2015, 4 Survivors Posed With Iconic Auschwitz Photo 70 Years After the Notorious Death Camp Was Liberated 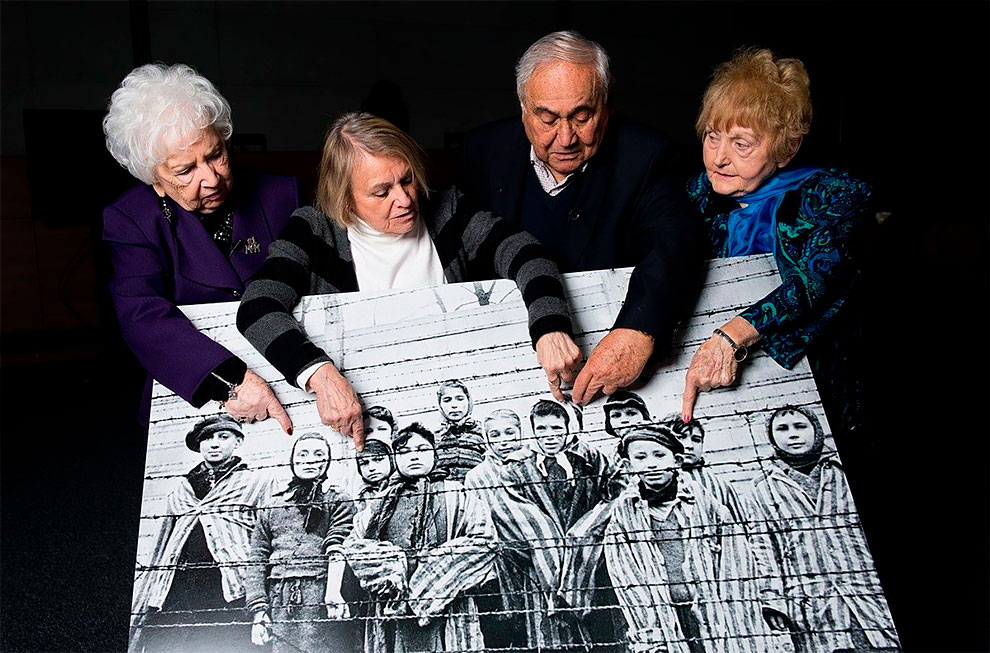 In 2015, child survivors of the holocaust who were photographed huddled together at notorious Auschwitz have been reunited 70 years after the notorious death camp was liberated. This is the moment four of the survivors pointed themselves out in the shocking photograph, that was taken by Red Army photographer Alexander Vorontsov on the day they liberated the concentration camp.

The survivors – From left: 81-year-old Paula Lebovics, 79-year-old Miriam Ziegler, 85-year-old Gabor Hirsch and 80-year-old Eva Kor pose with the original image of them as children taken at Auschwitz at the time of its liberation on January 26, 2015 in Krakow, Poland. 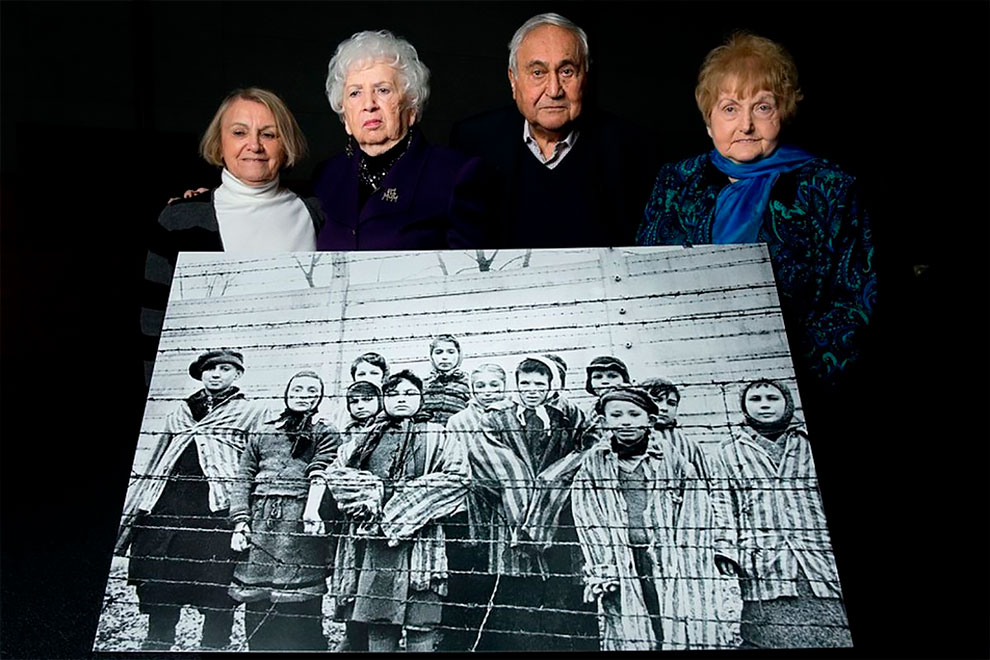 The four – 86-year-old Gabor Hirsch of Switzerland, 80-year-old Eva Kor of Chicago, 81-year-old Paula Lebovics of Los Angeles and 79-year-old Miriam Ziegler of Toronto – were part of a historic delegation of 300 Auschwitz survivors visited Poland to mark International Holocaust Remembrance Day on January 26, 2015. An initiative of the USC Shoah Foundation finally brought them together – decades later. 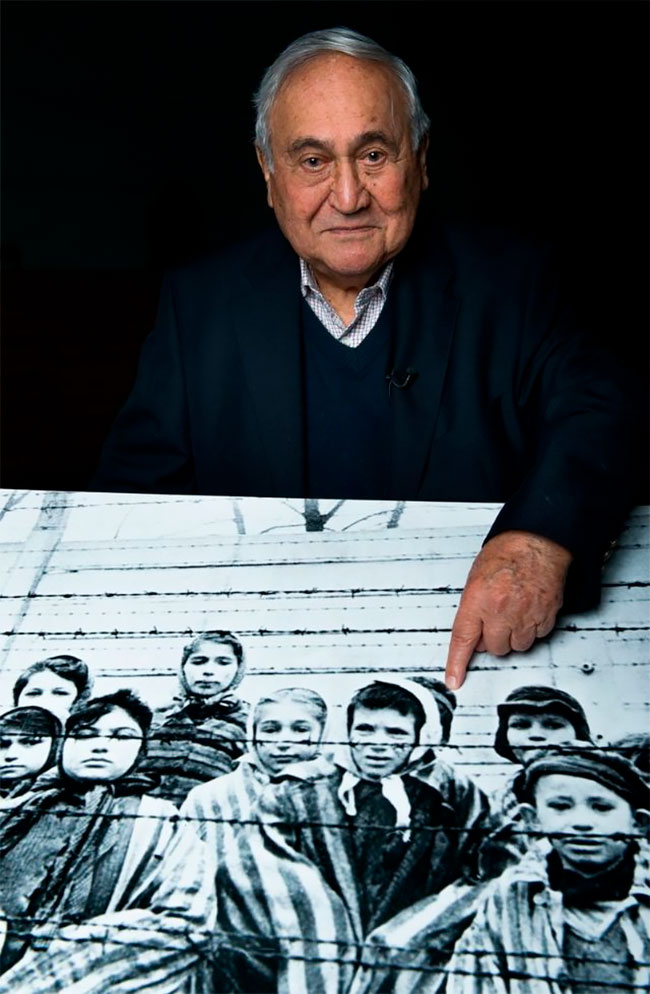 For Ziegler, this was the first time back on Polish soil. “I swore I would never go back to Poland, but I feel it’s my duty now to do it,” she said during a recent interview with the Canadian Press.

During the shoot she recreated the gesture. “How come I am the only one showing my number? I don’t know what made me do it,” she tried to explain in the interview, adding that, at her then-youthful age, one army looked like any other. 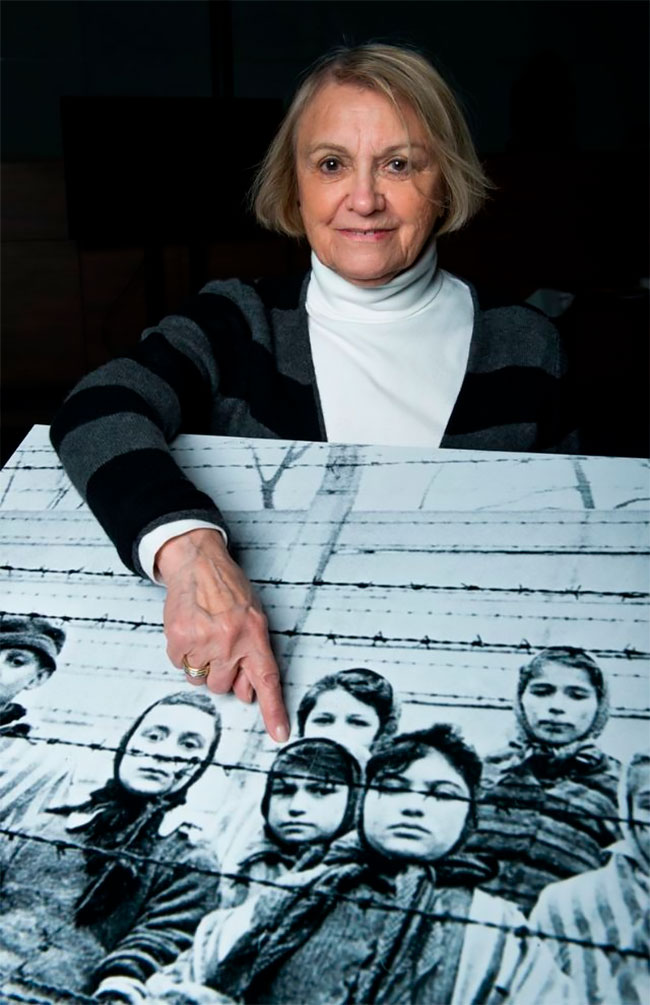 In the photo, Vorontsov, who accompanied the soldiers of the Red Army when they liberated the camp on 27 January 1945, depicts 13 children – ten of whom are still alive today. 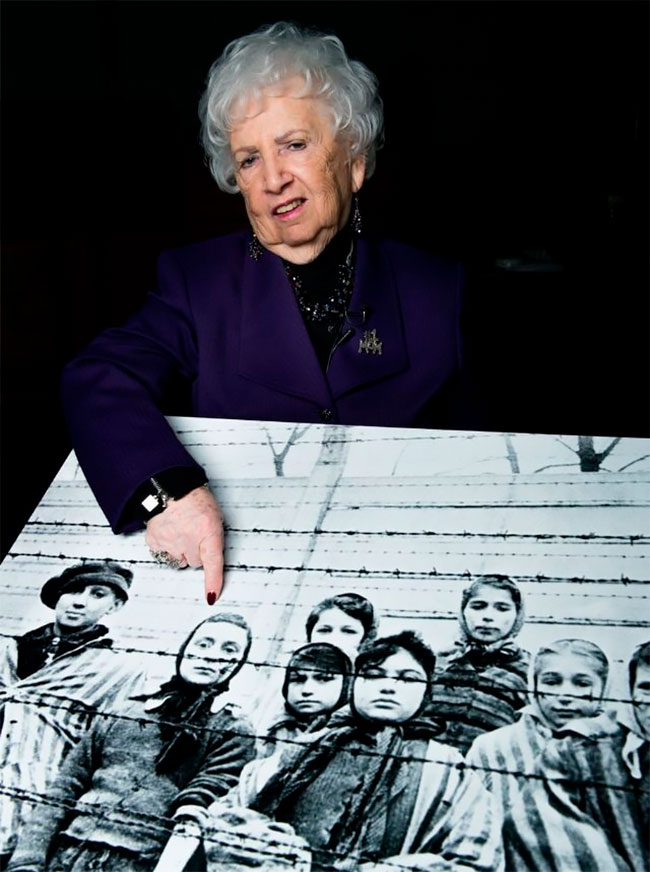 “That I survived and my sister survived is beyond me,” told Wise in an interview with the Associated Press. Wise, who was a 10-year-old Slovakian Jew and weighed just 17 kilograms (37 pounds) when the camp was liberated, is now 80 and lives in Jerusalem. “I’ve never been able to work it out. To me, as far as I am concerned, the 27th of January is my second birthday… because that’s when we got another lease on life.” 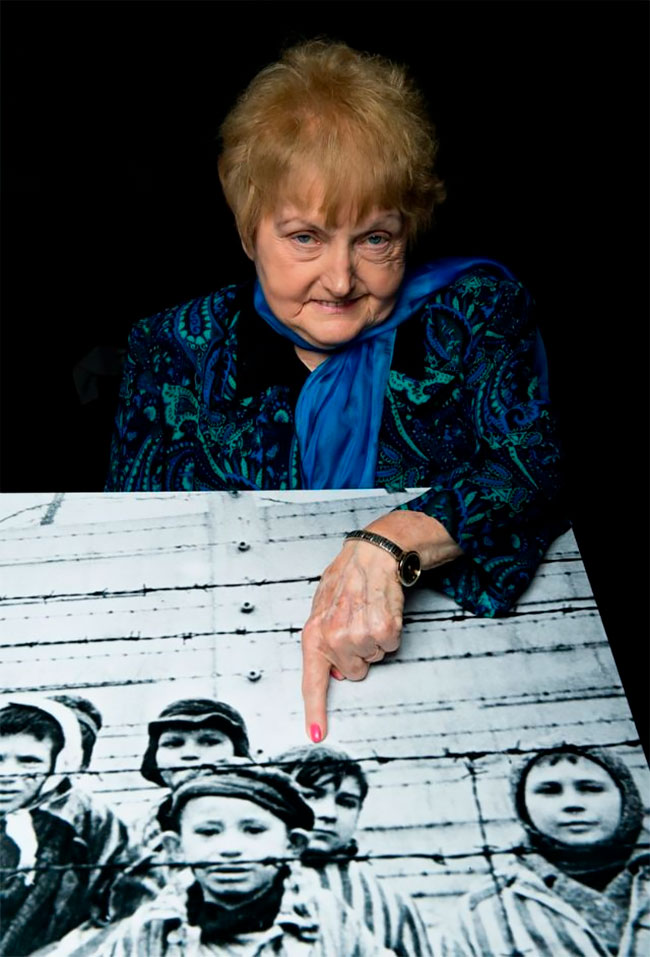