A statue of Robert Milligan, an 18th century slave trader, was removed from its plinth outside a London museum after global anti-racism protests triggered a debate about how Britain commemorates its imperial past. 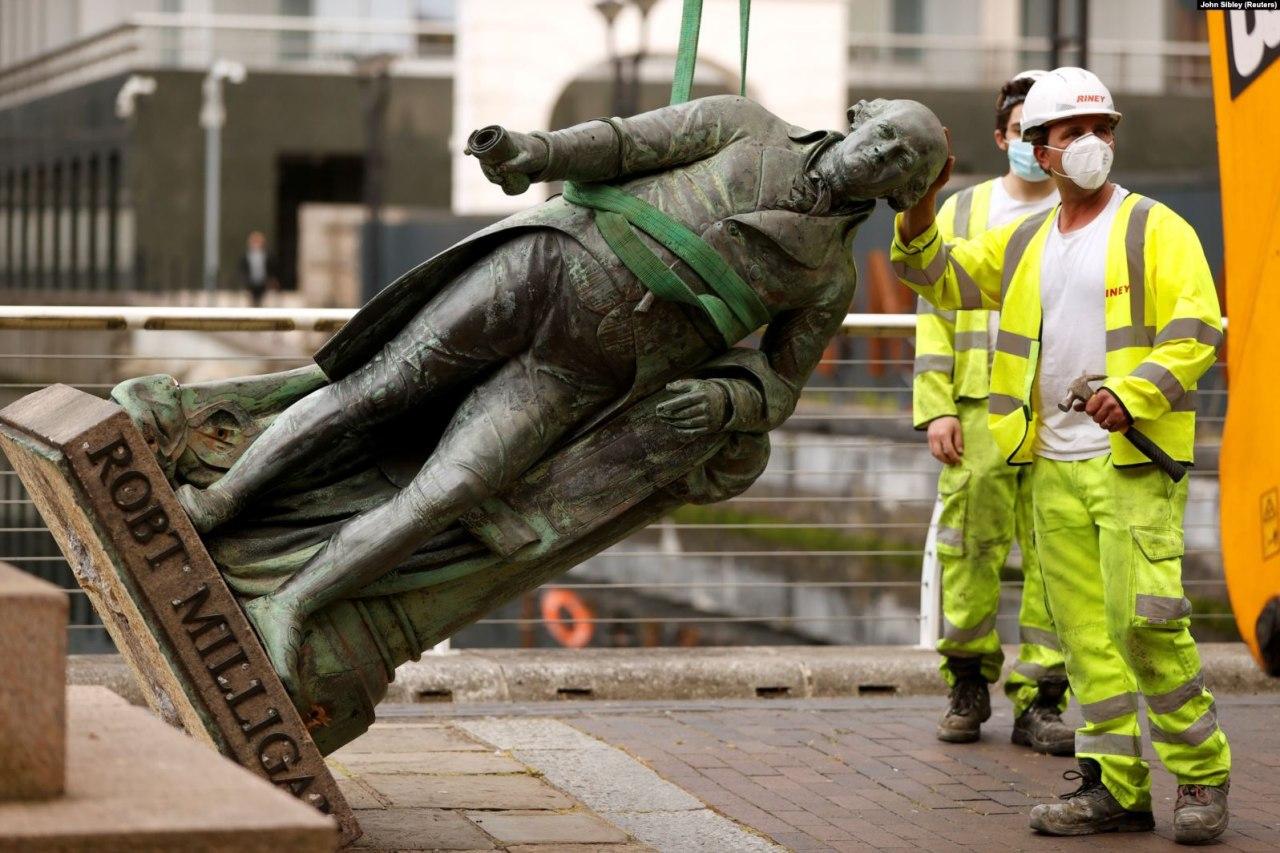 Milligan, who owned sugar plantations in Jamaica, was involved in the construction of London’s West India Docks.

Statues glorifying slave traders and colonialists have come into sharp focus in recent days, as part of a broader movement inspired by the Black Lives Matter protests that started in the US following the custodial death of George Floyd.

The statue of Edward Colston was hauled from Bristol harbour this morning after it was torn down by Black Lives Matter protesters. 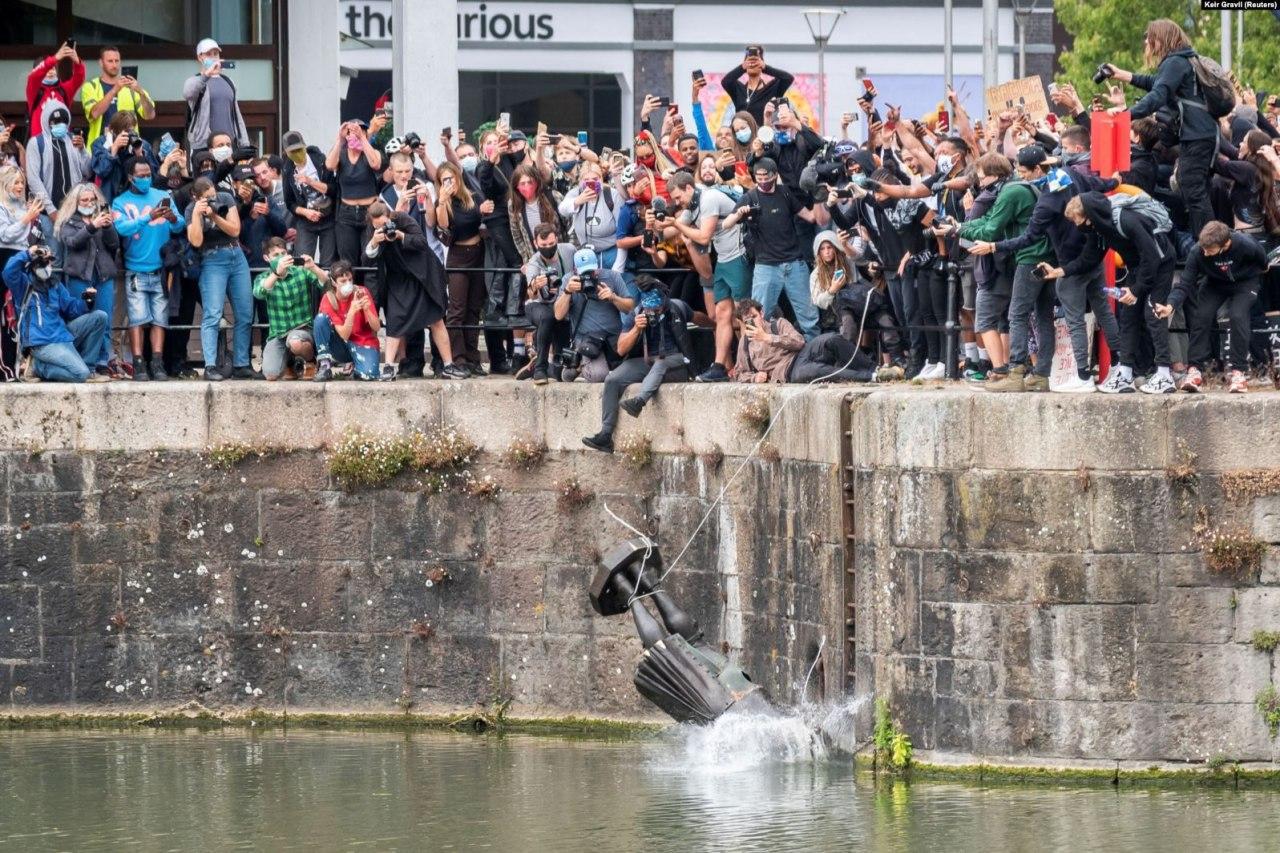 Colston’s statue was damaged during the raucous BLM protest and water could be seen pouring from a gaping hole in its side as contractors hauled it from the water. Slave ships owned by Colston in the 17th Century transported tens of thousands of people from Africa to the Americas.

The statue of Leopold II, a Belgian king who brutalized Congo, was vandalized by recent protests against racism in Belgium and has now been removed. 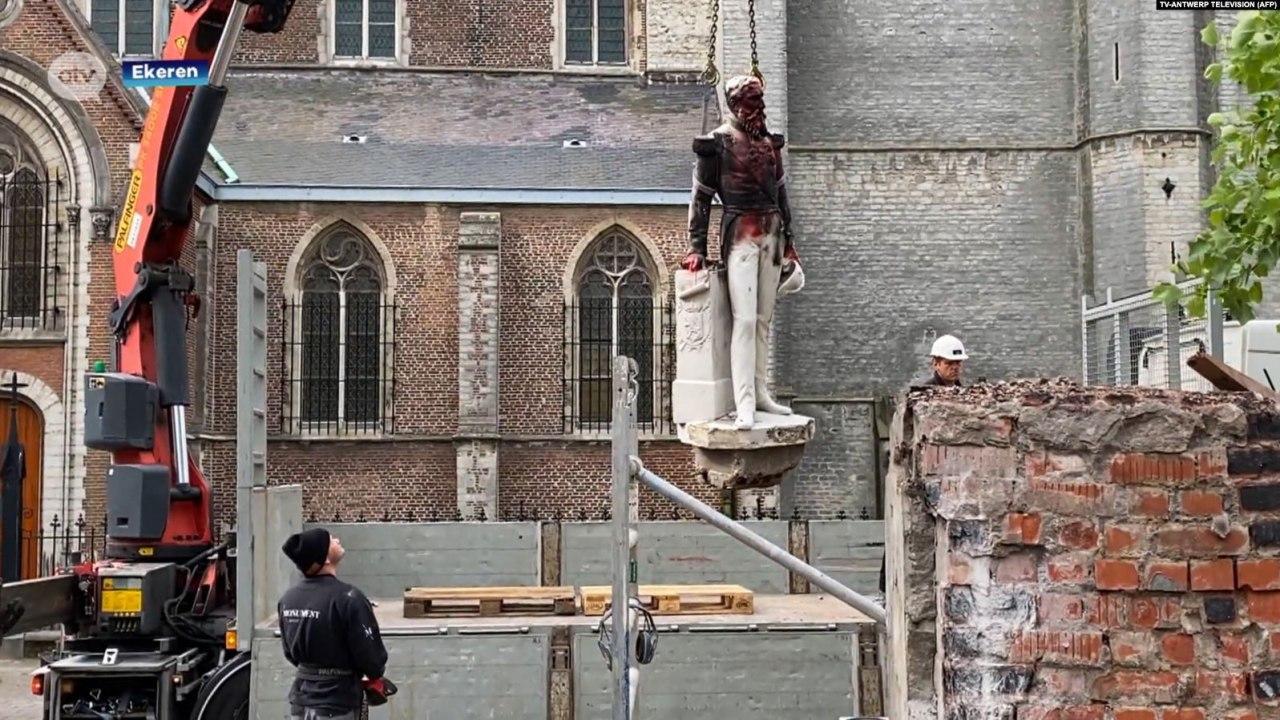 A 150-year-old statue of King Leopold II of Belgium, whose forces seized Congo in the late 19th century and ran an exploitative regime that led to the deaths of millions, was removed from a public square in Antwerp on Tuesday, as protests against racism continued around the world.

Protesters toppled the statue of Edward Carmack outside the state Capitol after a peaceful demonstration turned violent in Nashville, Tenn. 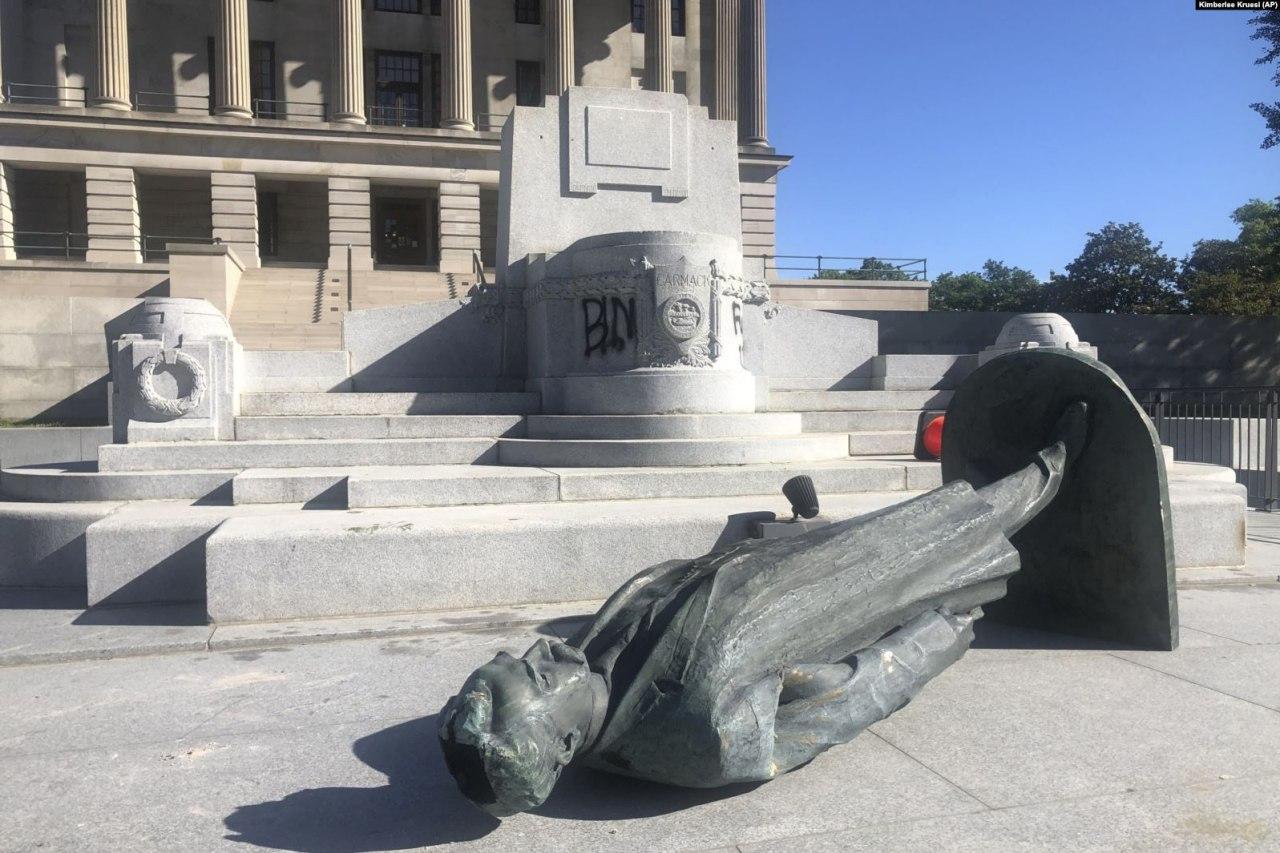 Protesters in Nashville toppled Saturday a statue of Edward Carmack, a state lawmaker in the early 1900s and newspaper publisher who had racist views and wrote editorials lambasting the writings of prominent Tennessee civil rights journalist Ida B. Wells, The Tennessean reported.

Paint and protest graffiti covers the Jefferson Davis Memorial in Richmond, Va., following a week of unrest in the U.S. against police brutality and racism in policing. Jefferson Davis was the president of the Confederate States of America during the Civil War. 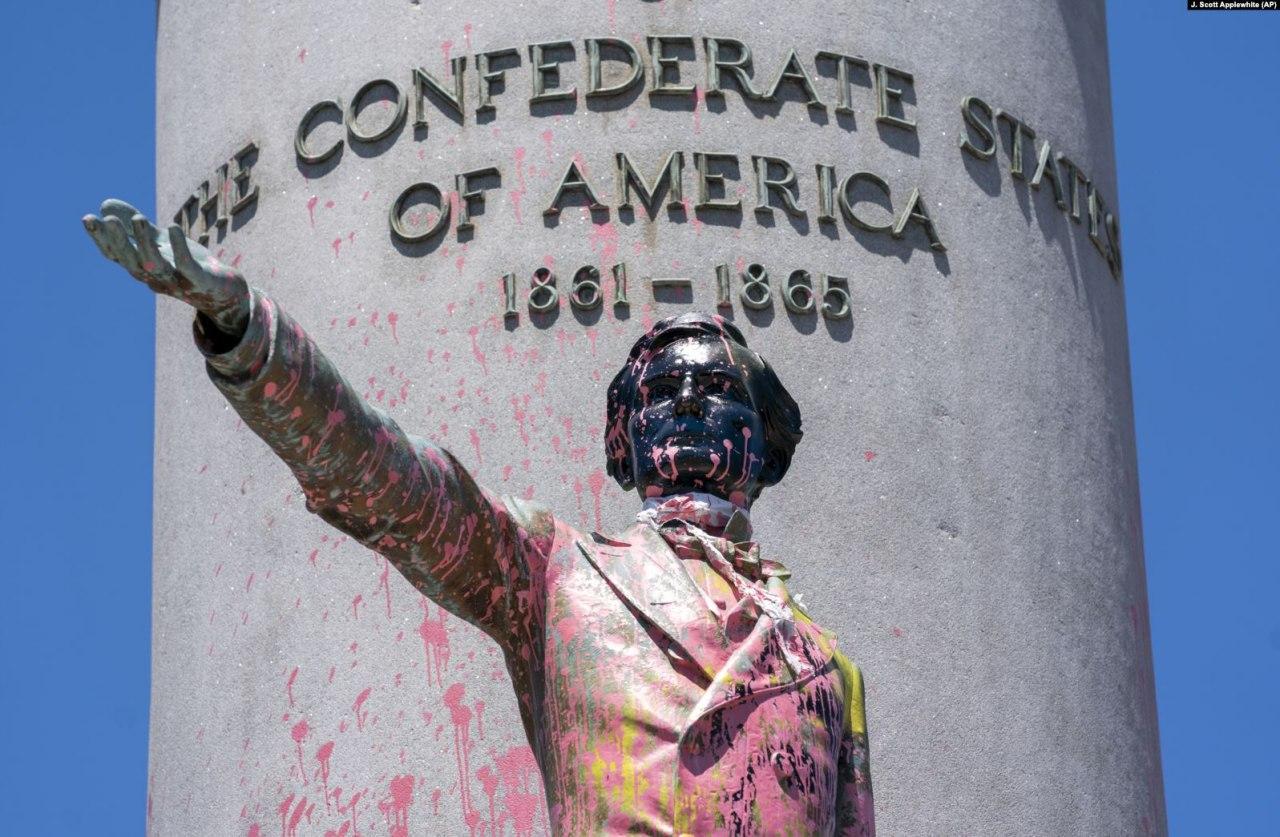 The sculpture was unveiled on June 3, 1907, and depicted Davis giving the speech in which he resigned from the United States Senate, according to the commission. On a column behind Davis sat an allegorical figure, Vindicatrix, based on the word vindicate, which reinforced the mythology of the Lost Cause, the commission said.

The statue came down amid a national reckoning over racist imagery and emblems fueled by the protests that have erupted after the death of Mr. Floyd, a black man in Minneapolis, who was killed after a white police officer knelt on his neck for nearly nine minutes.