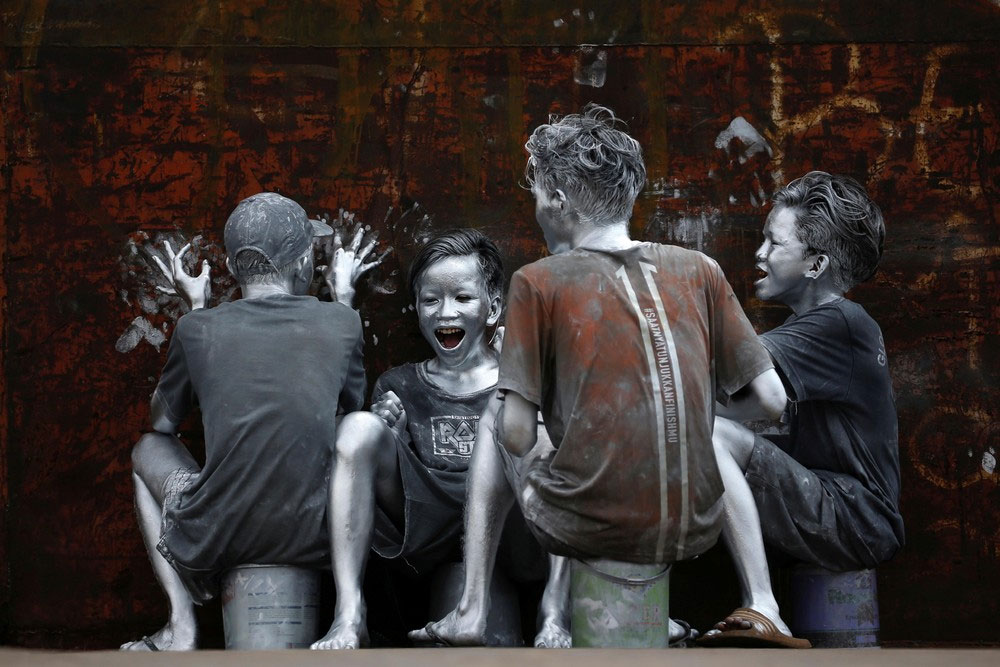 Over the past year, silver-coloured beggars have been spotted on the streets and highways of many Indonesian cities, and have become the focus of local and media attention due to their shapely appearance. Locals call they ‘manusia silver’. The beggars in Indonesia have become increasingly popular. 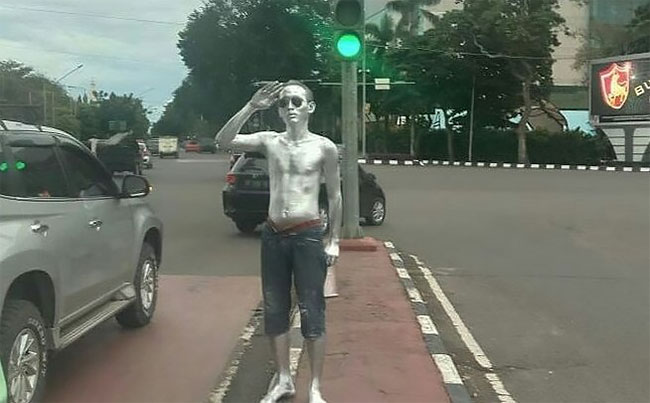 Most beggars simply spray-paint themselves with the metallic pigment, grab a cardboard box and walk among cars on busy roads, hoping that someone spares some change. For many, it’s like a job, one that puts food on the table. 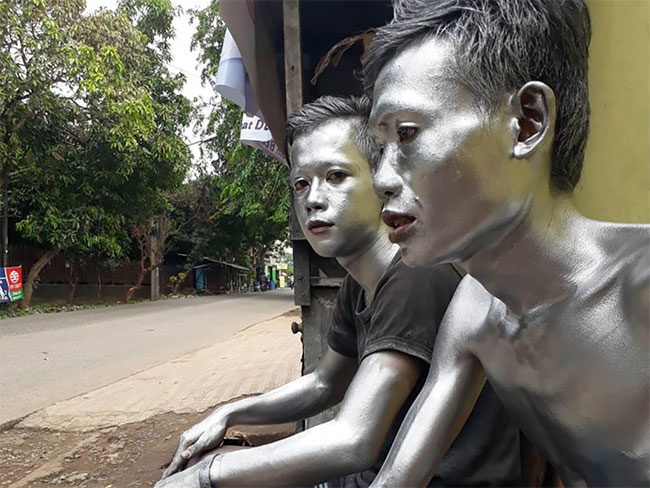 Ever since ‘silver men’ started showing up at busy street intersections in Jakarta and other big cities, they have been getting a lot of attention booth from the press and on social media, prompting many regular beggars to adopt the shiny, metallic look. However, their numbers have been soaring lately, and they have become a nuisance. In Indonesia, as in many other countries, begging is a crime, and in recent months the police have been cracking down on silver beggars in particular. This has definitely reduced the number of ‘monosia silver’ but it is not gone. 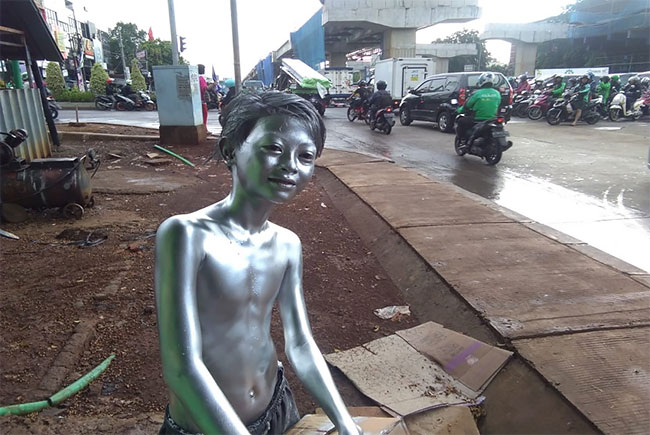 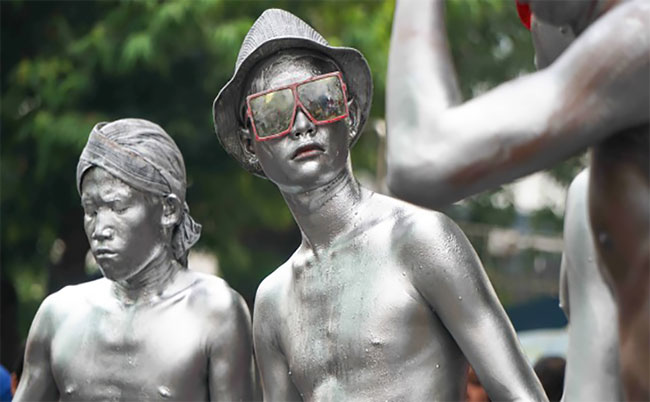 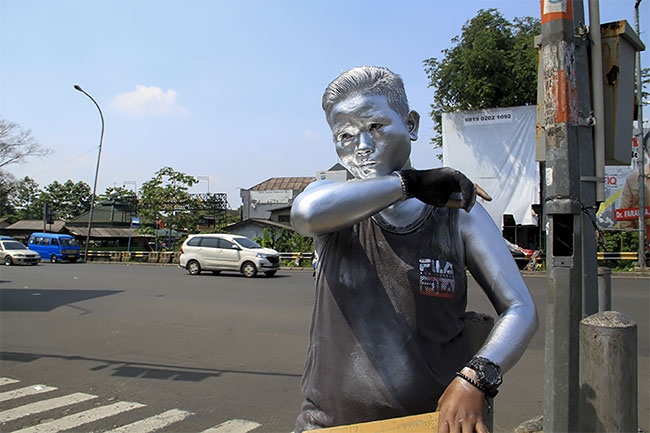 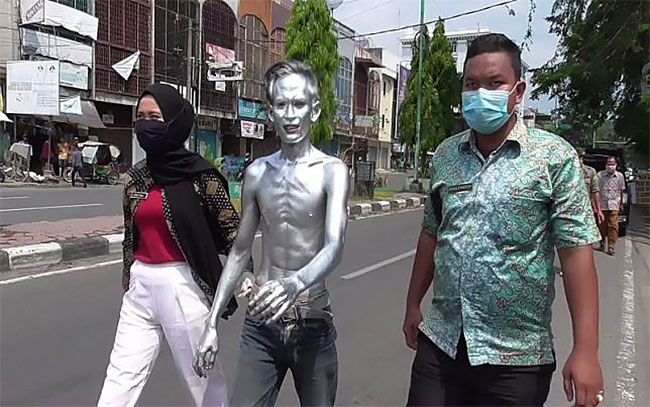 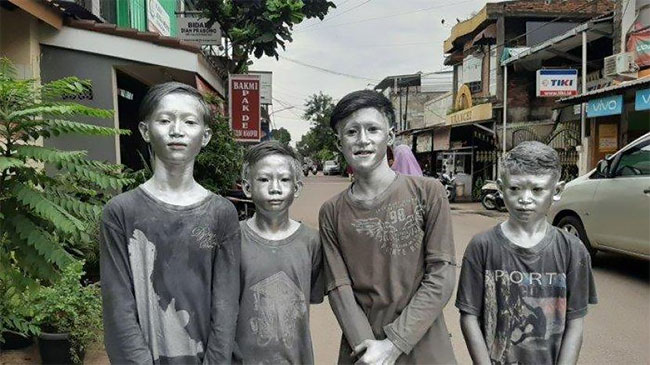 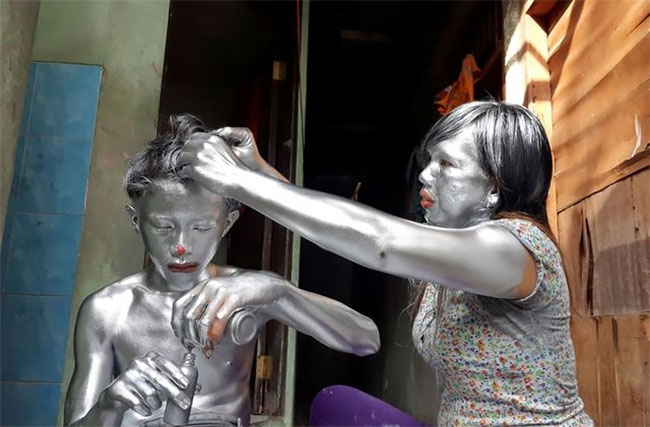 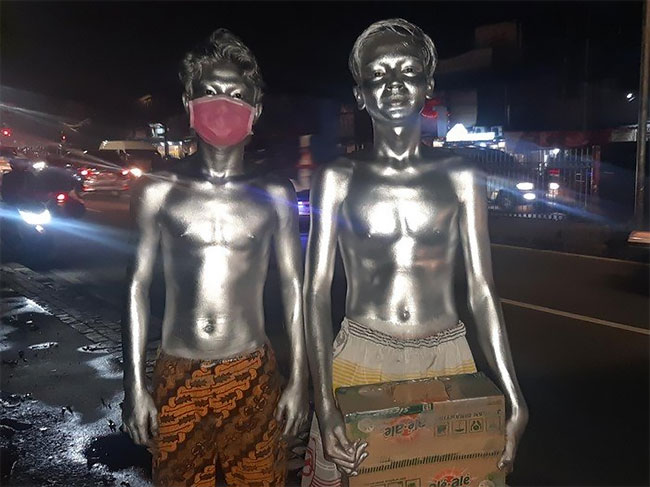 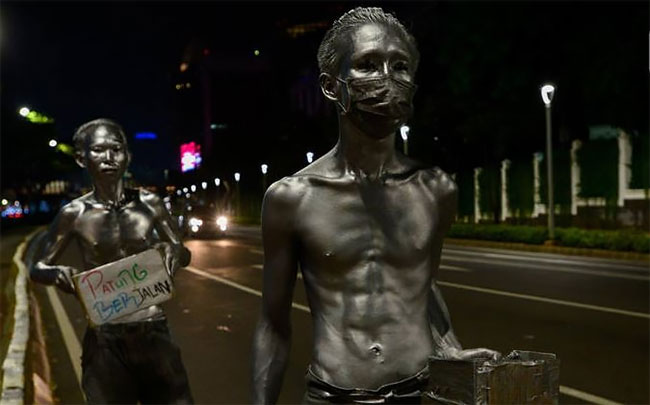 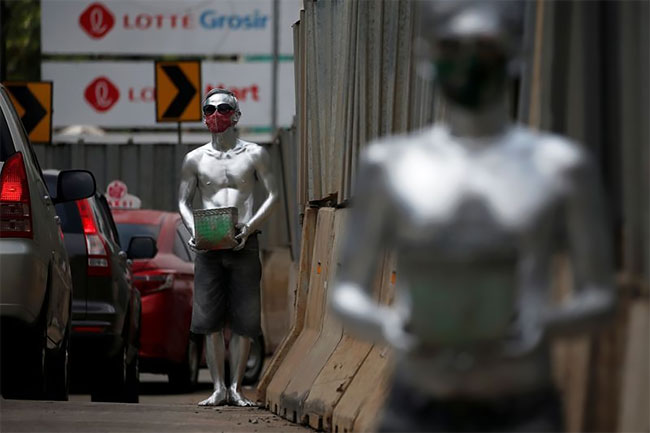 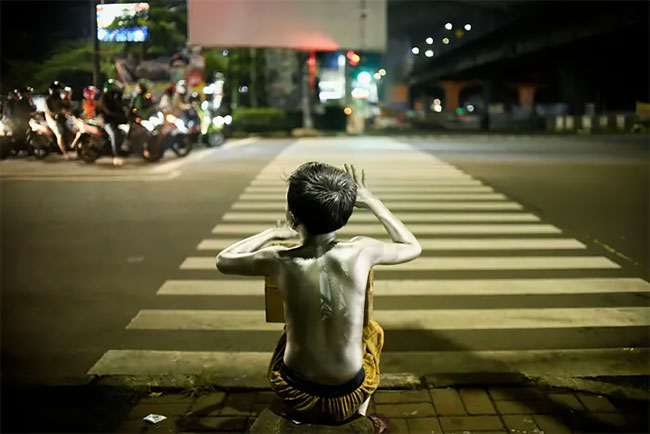 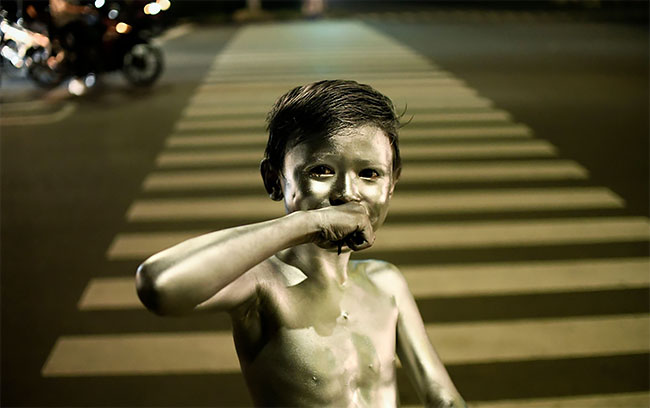 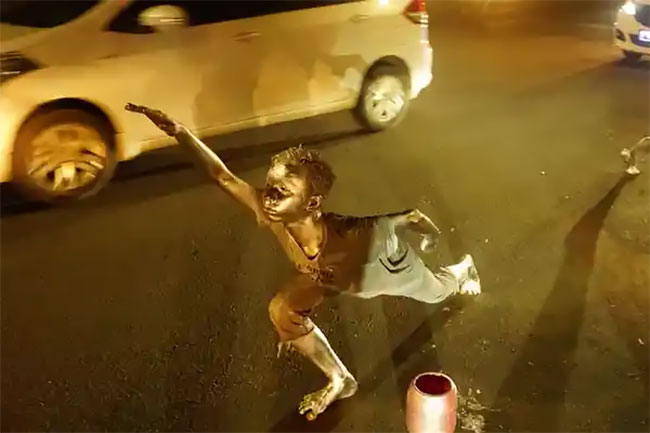 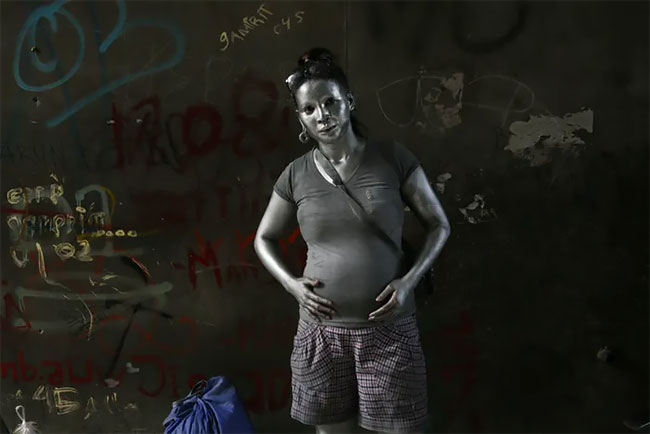 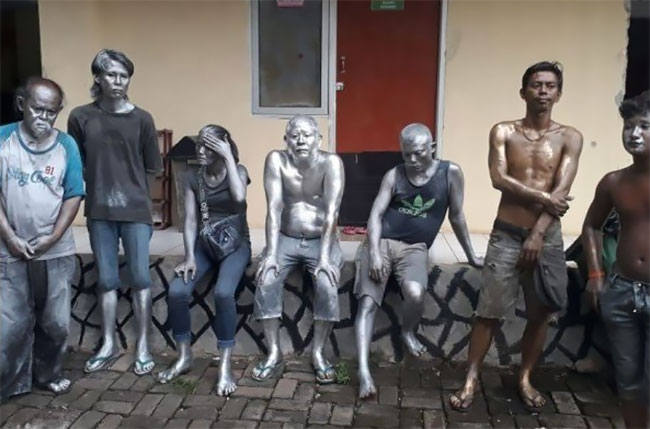 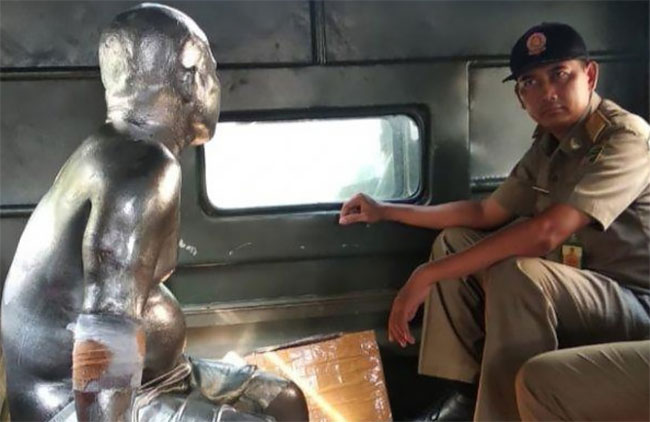 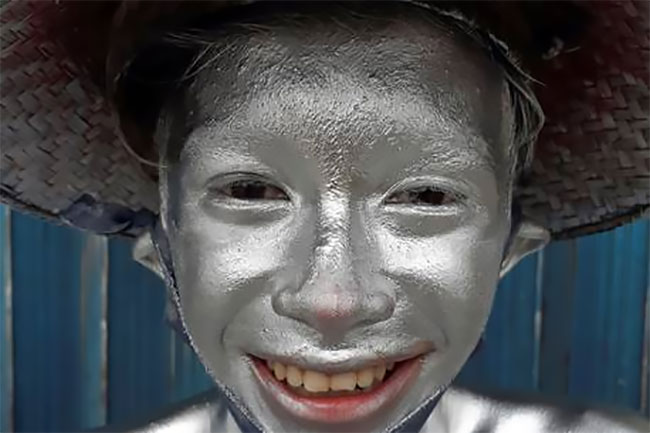 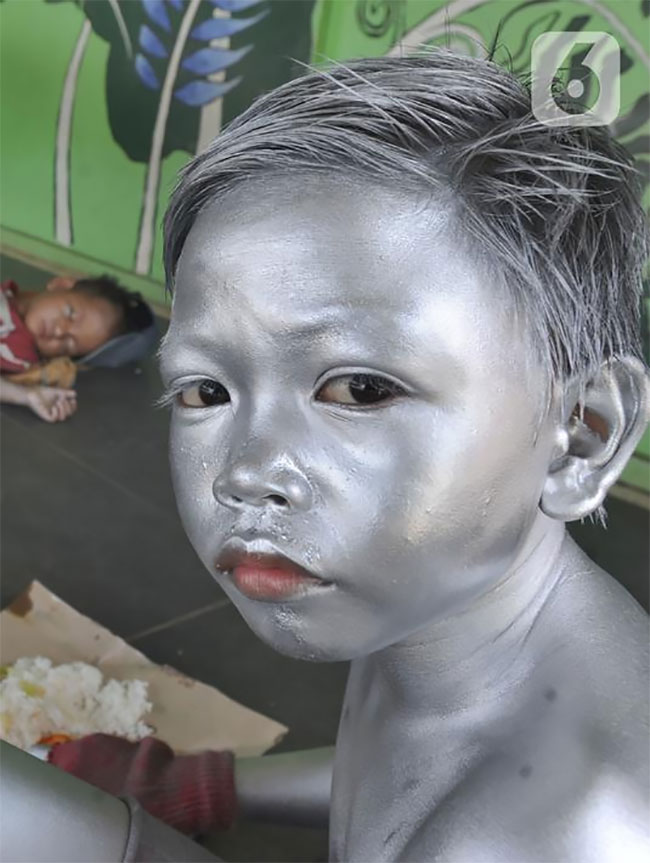 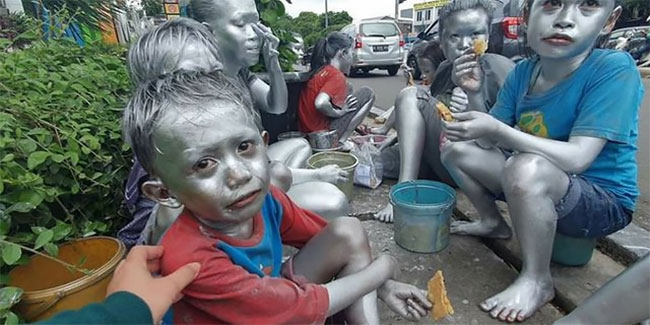 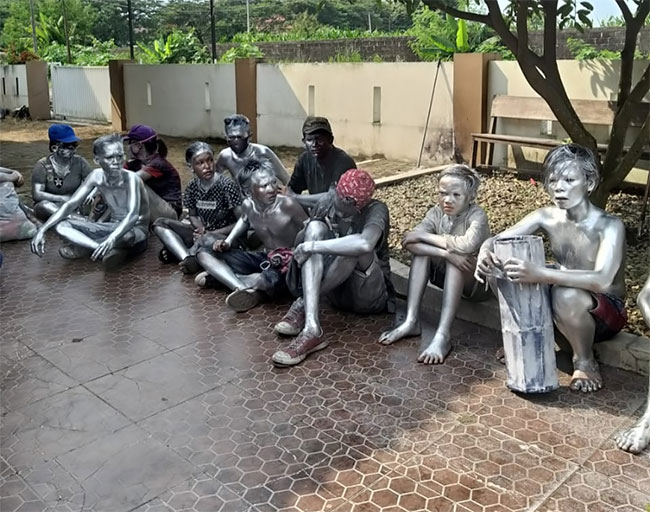