Haschogan (House God) – The Yebichai Hunchback. Photograph shows a Navajo man, half-length, seated, facing front, wearing a ceremonial mask with feathers and with fir or spruce branches forming a wreath around the shoulders. 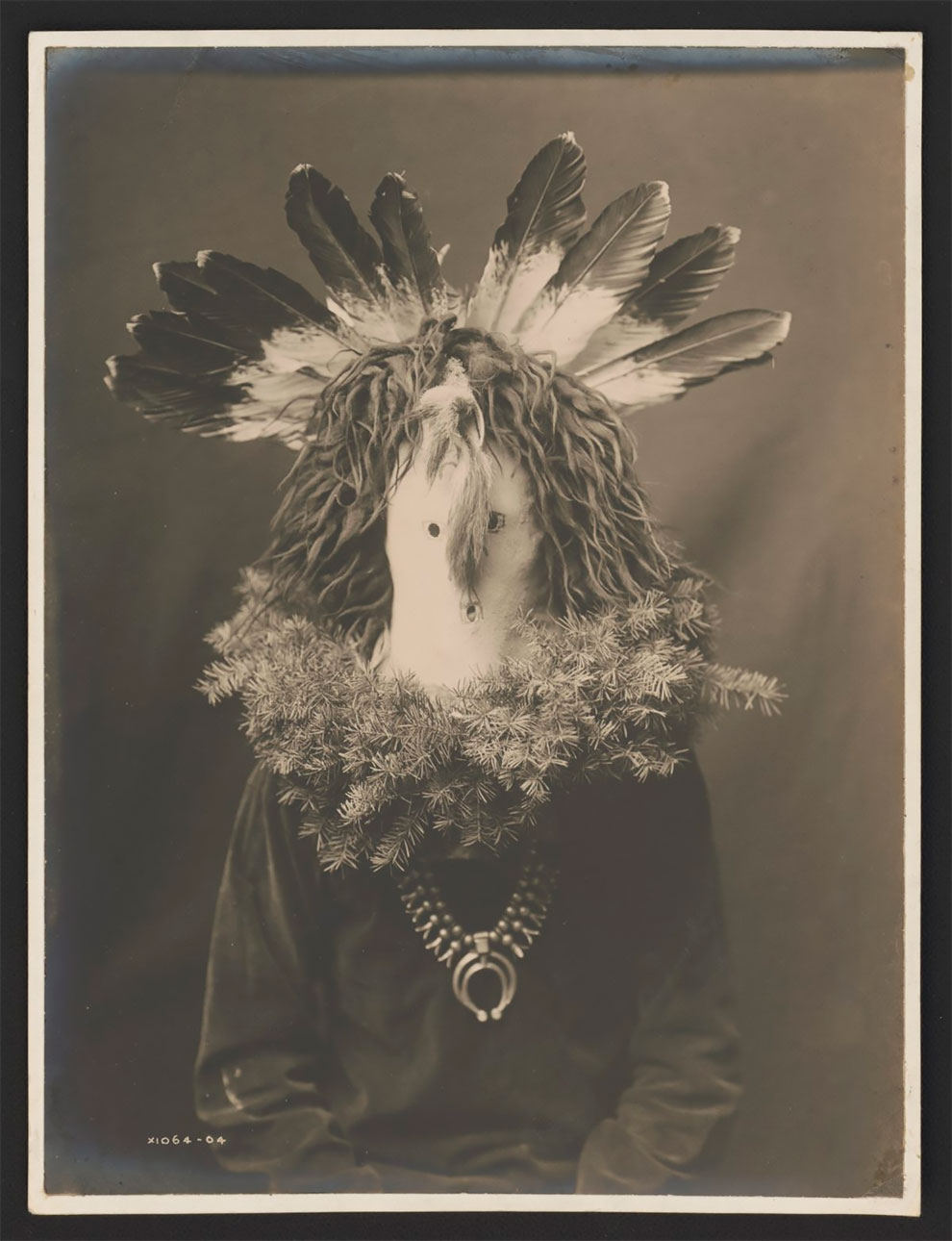 Edward Curtis’ epic portraits of Native Americans are a joy. And so too are his pictures of North America’s indigenous peoples dressed in ceremonial masks. END_OF_DOCUMENT_TOKEN_TO_BE_REPLACED 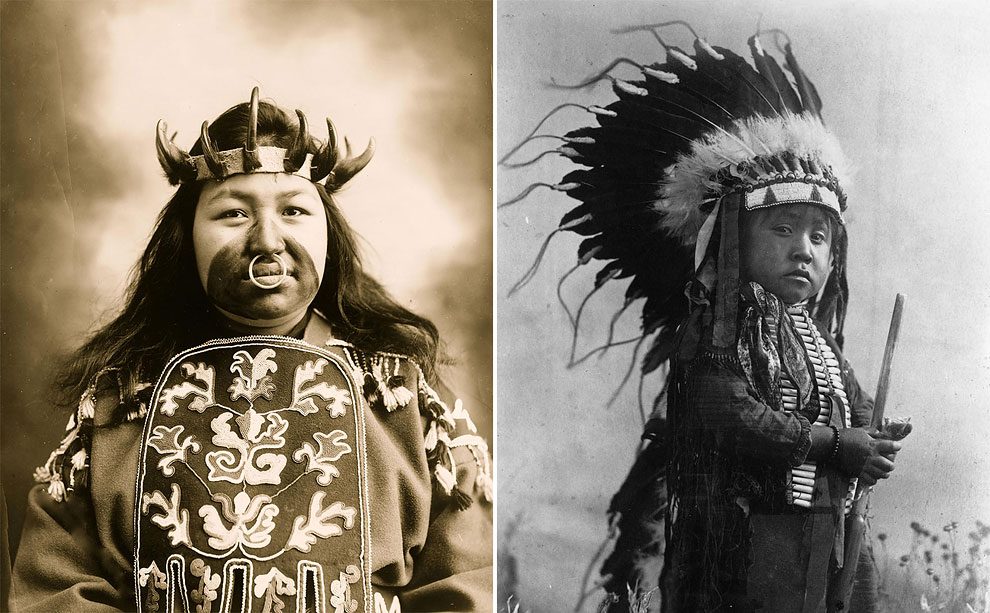 Early portrait photographs of Native Americans, similar to those presented below, reflect a widespread public interest in Indian life during the 1900s. In the mid-nineteenth century, the popular ‘carte de visite’ photograph introduced the faces of prominent public figures into homes across America. Easily mass-produced, uniformly sized, and cheaper to purchase than early cased photographs, these portraits were collected, in part, as a record of current political and social events and of the people who drove them. These striking images of Native Americans depict the changing ways in which photographers portrayed native subjects during the latter half of the nineteenth century and the beginning of the twentieth. These images are attempts by photographers to document what they saw as the fading of Native American cultures and traditions, to illustrate periods of conflict between the U.S. government and the tribes, and, by the twentieth century, to evoke political sympathy for the cause of the “vanishing race.” END_OF_DOCUMENT_TOKEN_TO_BE_REPLACED

National Geographic Concludes What Americans Will Look Like in 2050 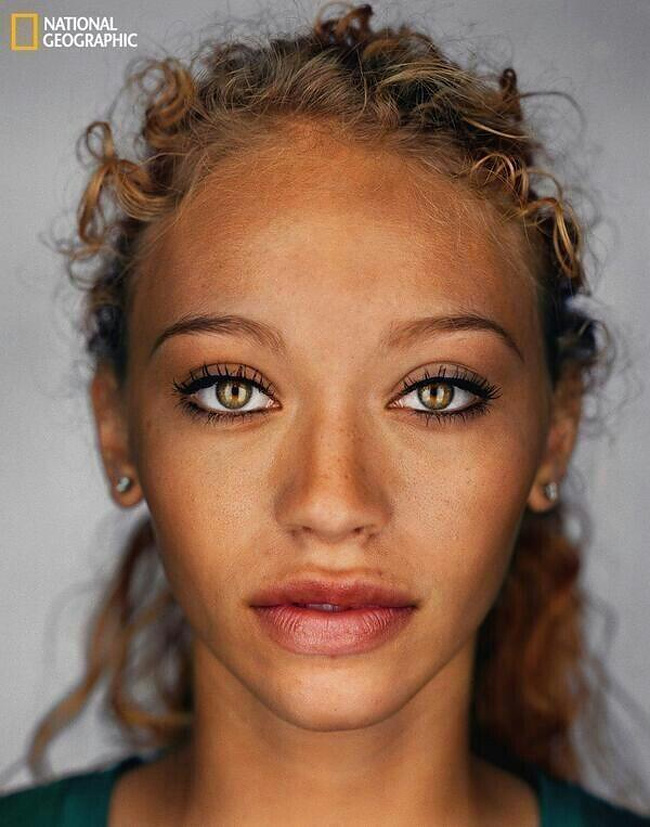 It’s no secret that interracial relationships are trending upward, and in a matter of years we’ll have Tindered, OKCupid-ed and otherwise sexed ourselves into one giant amalgamated mega-race.

But what will we look like? National Geographic built its 125th anniversary issue around this very question last October, commissioning Martin Schoeller, a renowned photographer and portrait artist, to capture the lovely faces of our nation’s multiracial future.

Here’s how the “average American” will look by the year 2050. END_OF_DOCUMENT_TOKEN_TO_BE_REPLACED 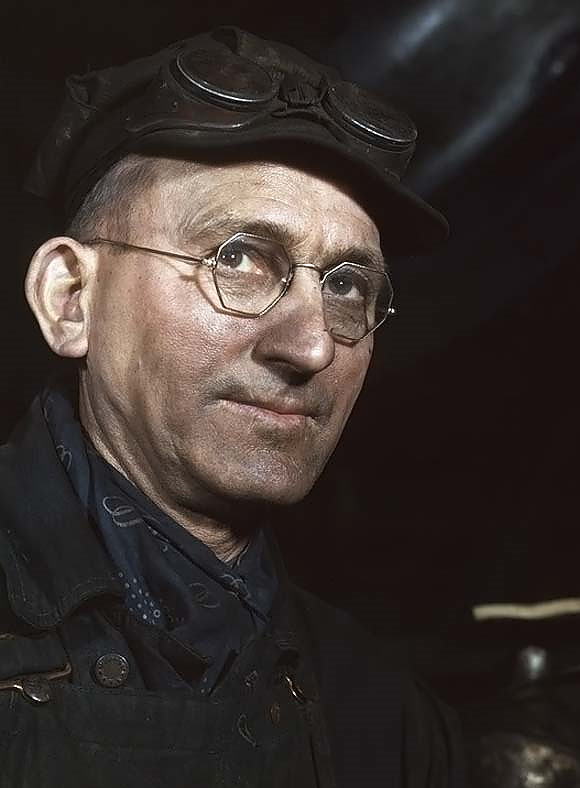 The America we lost.
All of these photos were taken by a group of photographers, from 1939 to 1945. END_OF_DOCUMENT_TOKEN_TO_BE_REPLACED