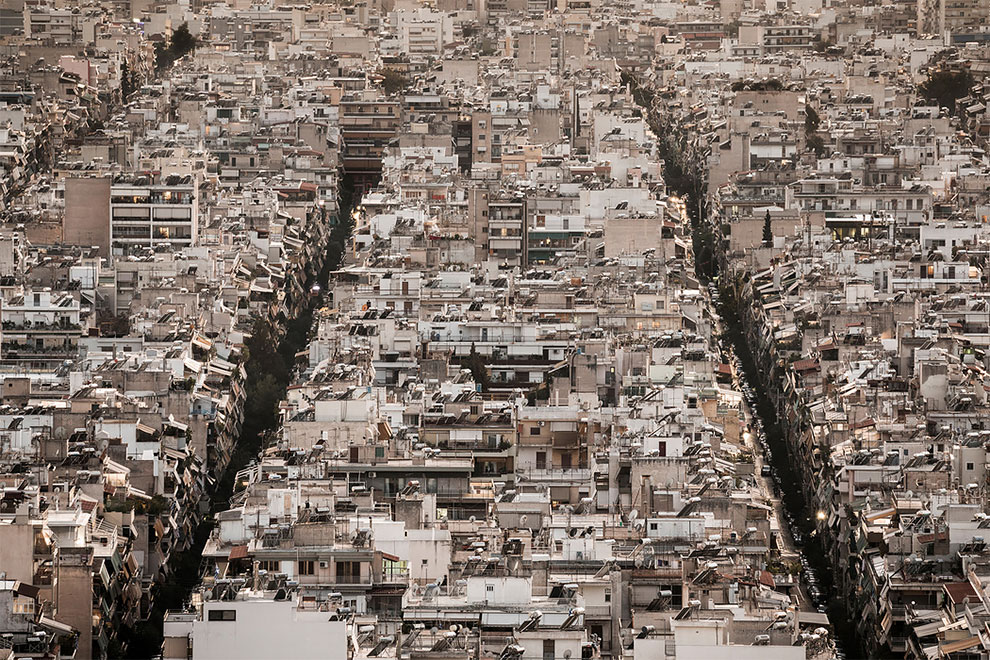 Soil by Greek-Japanese photographer Margarita Yoko Nikitaki is a photographic project shot in Athens, Greece’s capital city. Margarita reached the top of Athens’ hills to observe the city as she looked for ideas on how to visualize the effects of human intervention. END_OF_DOCUMENT_TOKEN_TO_BE_REPLACED

Rare Snowfall On The Acropolis In Athens, Greece 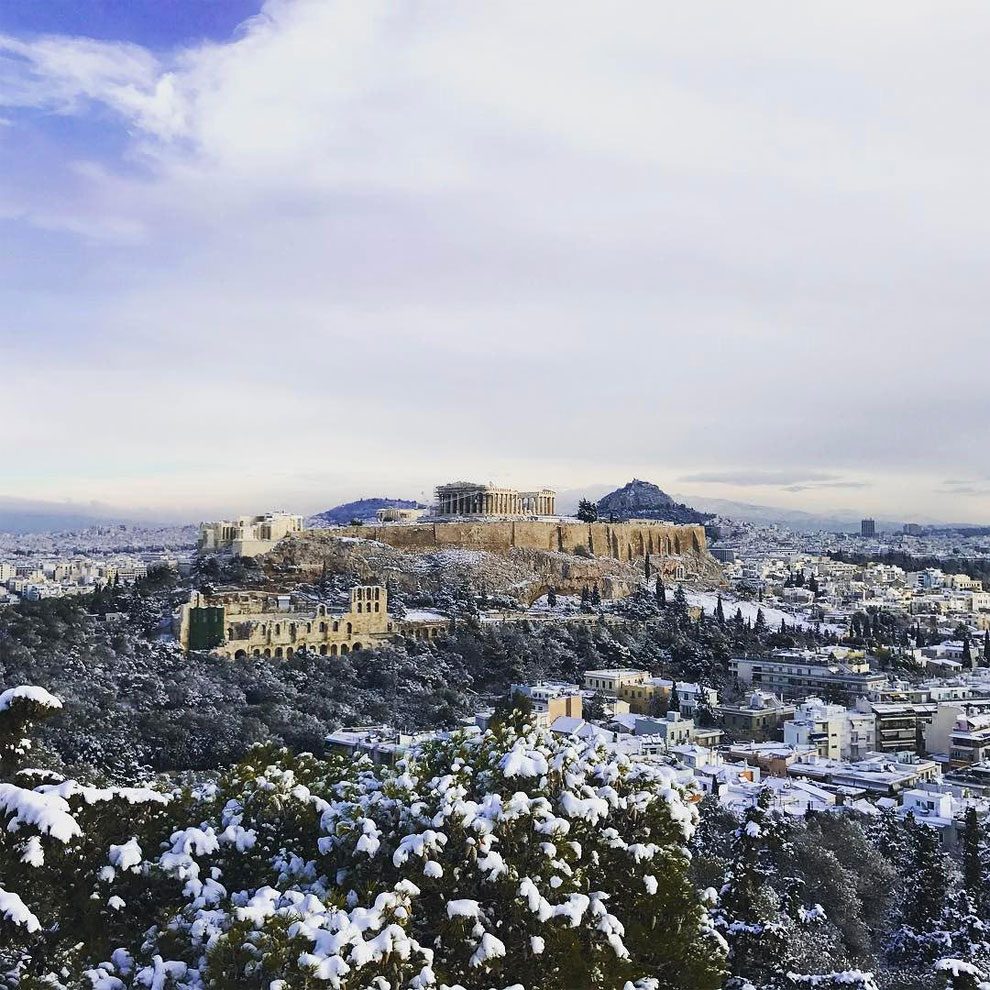 Millions of snowflakes started to fall short after 6:30 pm on Monday. The much expected snow had arrived in downtown Athens and the suburbs – even those in the south. The snowflakes fell quick and soft and covered first the cars, then the trees and the plants. And had Athenians rushed to their homes. They watched behind their windows how the snow blanket was spreading on the streets and city parks. END_OF_DOCUMENT_TOKEN_TO_BE_REPLACED

“It’s been over a decade since Athens’ Hellenikon airport closed down after around 60 years of duty as the only airport serving the Greek capital. In 2001, just three years before Athens hosted the Olympic Games, Hellenikon was abandoned in favour of the glitzy new Eleftherios Venizelos airport, constructed to the east of the city. What has happened to Hellenikon since then? Well, the glory days of the airport are long gone. Nothing has been done with the property aside from using part of the land to construct a few secondary sports facilities for use during the 2004 Olympics. In turn, these too now stand abandoned. The former airport is now surrounded by a wire fence and weeds have taken over wherever they can. One terminal was burnt out by a fire and now sits in ruins – nobody cleaned it up after the incident. Despite a private security service operating in the area, the building shows evidence of trespassing and looting. Boxes filled with anything from travel tags to piles of boarding passes and other documents are strewn on the floor amidst other debris and garbage.

The sad spectacle continues, following me with every step as I make my way through the deserted complex. I see ghostly halls, smashed windows, broken doors. Stray dogs bark at me, reminding me that this is their territory. It’s hard to imagine how the international airport of a European capital ended up in this state. But everything may change soon. A private development group wants to turn the old airport into a seaside resort and build a huge park, hotels, and residential buildings. But the project has already run into opposition from those angered about the land’s privatisation. The left-wing political party Syriza wants to see the site turned into a massive free public park instead. Controversy over the future of the site seems strange in view that no one seemed to care that it stood abandoned for so long. Meanwhile, as the discussion continues, Hellenikon still stands a sad derelict shell on the outskirts of Athens. Visiting it left a bitter taste in my mouth”. – Yorgos Karahalis via Reuters 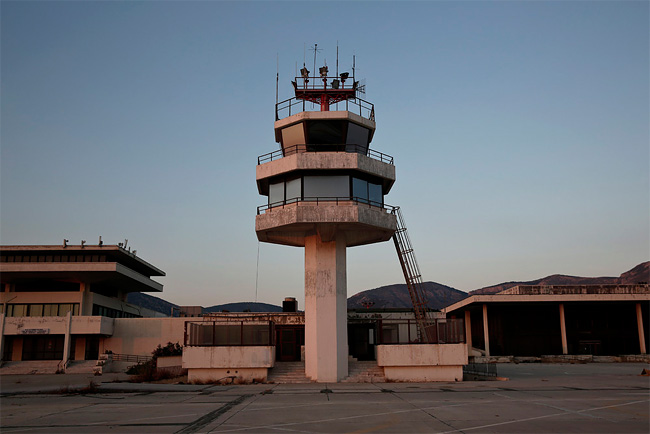 An auxiliary control tower stands in front of the east terminal of the former Athens International airport, Hellenikon June 16, 2014. For about six decades Hellenikon was Athens’ only airport but it closed down in 2001 to make way for a newer, more modern airport before the city hosted the 2004 Olympic Games. After languishing for years as a wasteland of crumbling terminals, Hellenikon is set for resurrection as a glitzy coastal resort. Lamda Development, controlled by Greece’s powerful Latsis family and leading a consortium of Chinese and Abu-Dhabi based companies, has big dreams for the area since signing a 915 million euro deal for a 99-year lease in March 2014. (Photo by Yorgos Karahalis/Reuters)
END_OF_DOCUMENT_TOKEN_TO_BE_REPLACED 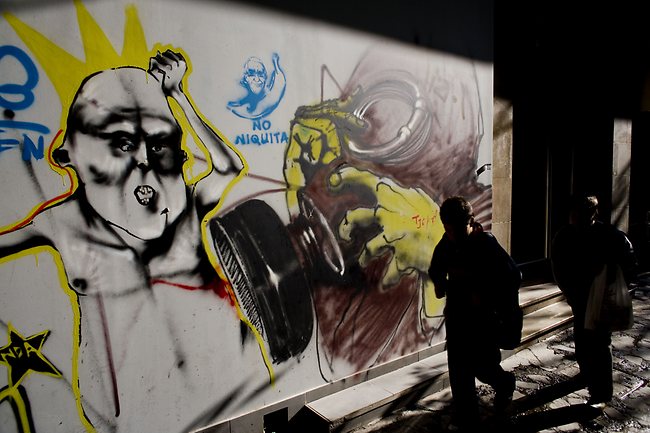 Graffiti artists throughout Athens are expressing the effects of austerity measures that have plagued the community as Greece continues to struggle in debt. (Getty Images) END_OF_DOCUMENT_TOKEN_TO_BE_REPLACED