Falkland Islands: A Look at the Disputed Territory

A decades-old dispute between Argentina and the United Kingdom has put the remote Falkland Islands, which the Argentines call the Malvinas, back in the news just in time for the 30th anniversary of the Falkland Islands War. Those who follow Argentine politics say it has to do with pre-election opinion poll numbers for President Cristina Fernandez de Kirchner. Perhaps the biggest reason it’s on both nation’s minds is a recent Edison Investment Research study suggesting that Britain could receive billions of dollars from oil recovered around the English-speaking UK Overseas Territory.

Kirchner lodged an official complaint with United Nations Secretary-General Ban Ki-moon last week over the UK’s decision to send “nuclear weapons” to the Falkland Islands in defiance of a treaty that seeks to establish a nuclear-free zone in the South Atlantic. Britain argues that its sovereignty over the islands predates the existence of the state of Argentina and it will endure so long as the islanders wish to remain British.

The Falkland Islands remain an agricultural society that is heavily dependent on tourism. Grumblings of further dispute between the two nations are troublesome for the Islands’ welcoming image. The Falkland Islands are situated in the South Atlantic some 400 miles east of the South American mainland and 850 miles north of the Antarctic Circle. East and West Falkland have a landmass comparable to that of Connecticut and are home to fewer than 3,000 islanders.

With nearly 500,000 sheep in the Falklands, there are roughly 163 sheep per person. There are also more than 500,000 breeding pairs of penguins camped out along the rugged coast. 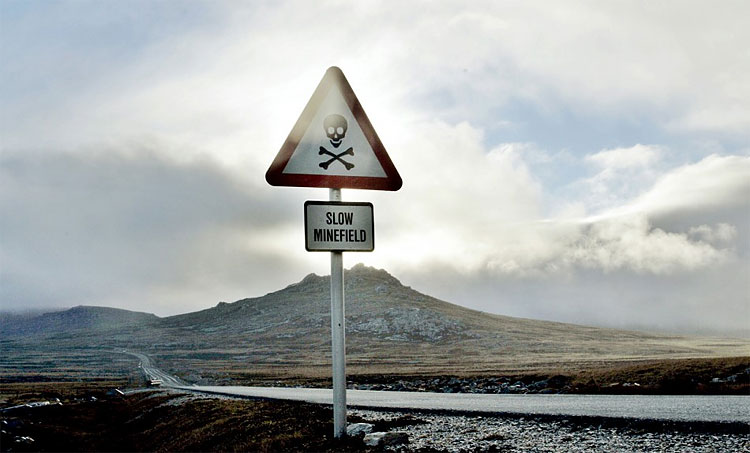 A sign is seen on a side road warning locals to steer clear from land mines which were laid in the Falkland Islands. Most of the 150 minefields were laid around the capital Stanley when Argentine forces landed there in April 1982 to claim the islands taken by the British in 1833. The British armed forces defeated the Argentines 10 weeks later in a brutal war that killed 650 Argentines and 250 British. (REUTERS / Enrique Marcarian) END_OF_DOCUMENT_TOKEN_TO_BE_REPLACED 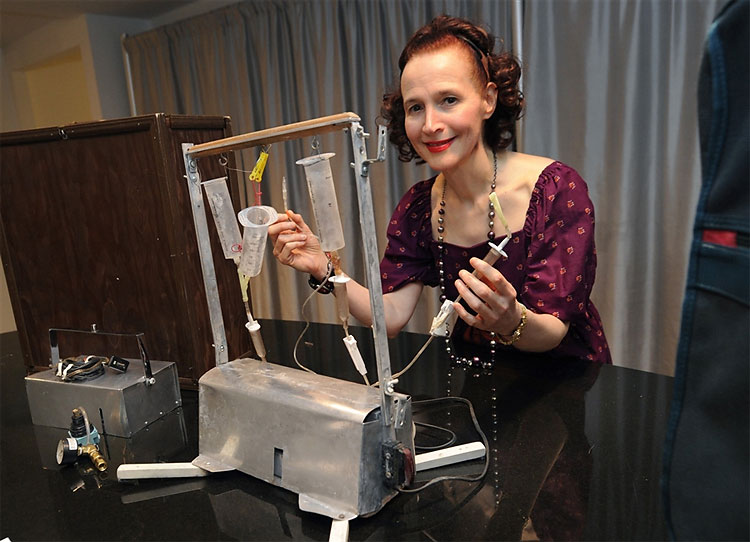 Dr. Jack Kevorkian’s niece Ava Janus poses with the “Thanatron,” often referred to as the “Death Machine” invented by Dr. Kevorkian. It is one of the items on display during a media preview for the sale of the estate of Kevorkian to be held October 28 at the New York Institute of Technology. A portion of the sales will go to the charity Kicking Cancer for Kids. (Timothy A. Clary / AFP – Getty Images) END_OF_DOCUMENT_TOKEN_TO_BE_REPLACED