“Enfarinats” Festival – The Battle With Flour And Eggs In Spain 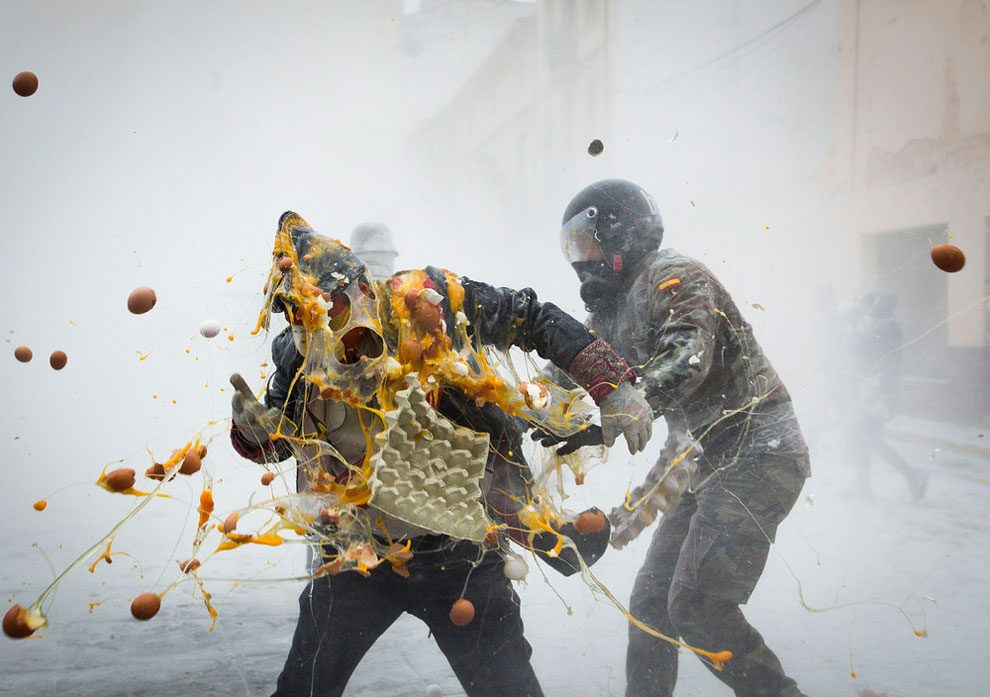 Residents of the Spanish town of Ibi staged a mock military coup on Monday 28 December, pelting each other with flour and eggs, and letting off firecrackers and fire extinguishers. The battle was part of a festival held every year as part of celebrations of the Day of the Innocents in the village in the Valencia region. END_OF_DOCUMENT_TOKEN_TO_BE_REPLACED 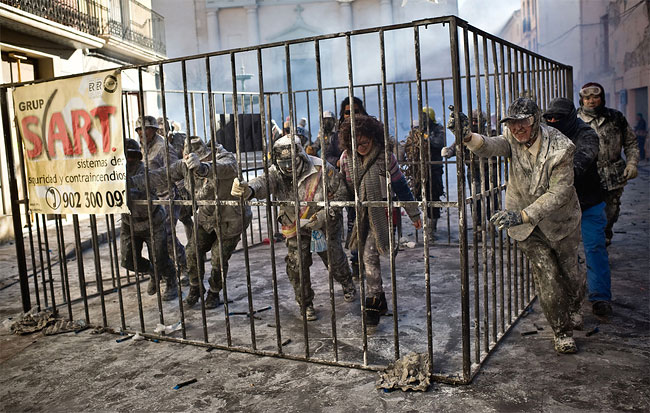 Revellers take part in the battle of “Enfarinats”, a flour fight in celebration of the Els Enfarinats festival on December 28, 2012 in Ibi, Spain. Citizens of Ibi annually celebrate the festival with a battle using flour, eggs and firecrackers. The battle takes place between two groups, a group of married men called “Els Enfarinats” which take the control of the village for one day pronouncing a whole of ridiculous laws and fining the citizens that infringe them and a group called ‘La Oposicio’ which try to restore order. At the end of the day the money collected from the fines is donated to charitable causes in the village. The festival has been celebrated since 1981 after the town of Ibi recovered the tradition but the origins remain unknown. (Photo by David Ramos) END_OF_DOCUMENT_TOKEN_TO_BE_REPLACED