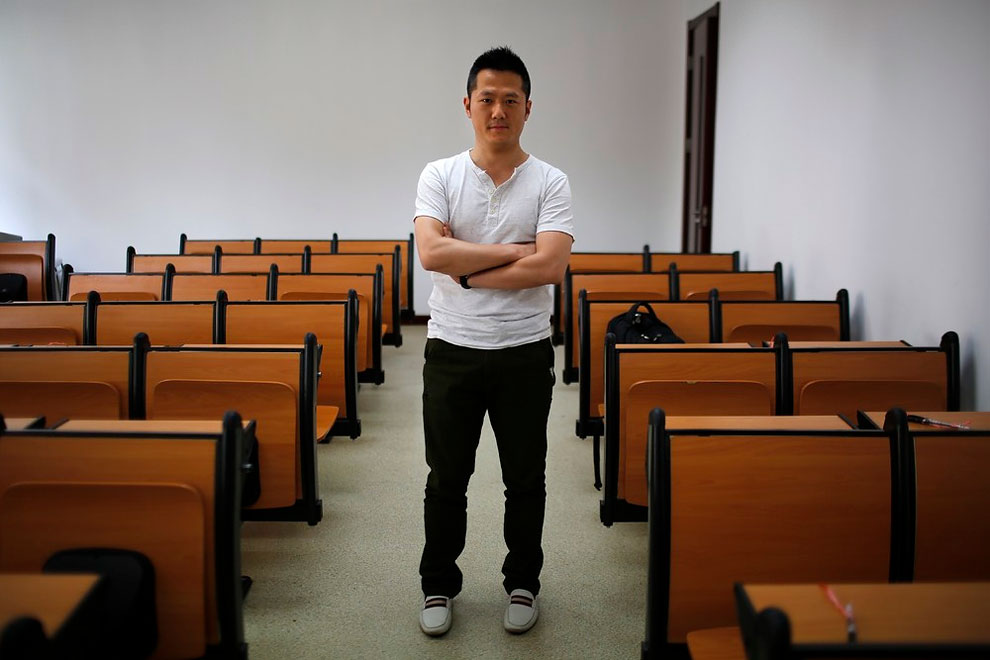 Cai Hua, who was born in 1979, poses for a photograph in Shanghai August 30, 2014. Hua said: “I wish I had a sister. I prefer to have a sister rather than a brother. I have a lot of friends who have a brother and they usually fight with each other. I think it would be very funny but I would prefer to have a sister”. Reuters Photographer Carlos Barria photographed a person born in each year China’s one child policy has been in existence; from a man born in 1979, to a baby born in 2014, and asked them if they would have like to have siblings. China, the world’s most populous country with nearly 1.4 billion people, says the country’s one-child policy has averted 400 million births since 1980, saving scarce food resources and helping to pull families out of poverty. Couples violating the policy have had to pay a fine, or in some cases have been forced to undergo abortions. But late last year, China said it would allow millions of families to have two children, part of a plan to raise fertility rates and ease the financial burden on a rapidly ageing population. (Photo by Carlos Barria/Reuters)
END_OF_DOCUMENT_TOKEN_TO_BE_REPLACED