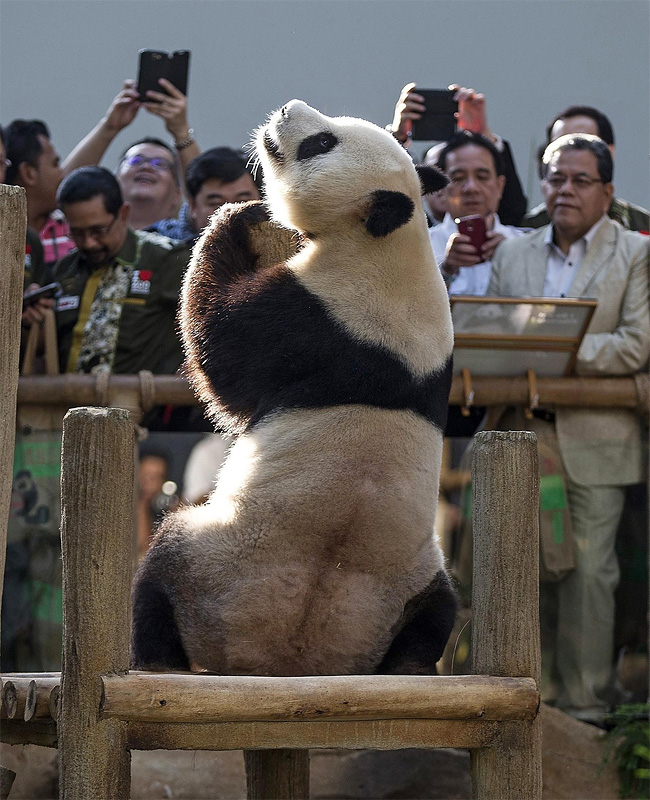 Eight-year-old Xing Xing entertained the crowds at the National Zoo in Kuala Lumpur, Malaysia, on Wednesday. Xing Xing is one of two Chinese pandas loaned for ten years to Malaysia to mark the 40th anniversary of diplomatic ties between the two countries. The panda was formerly known as Fu Wa but in an announcement made Wednesday he and his partner were renamed as Xing Xing (prosperity) and Liang Liang (pretty) following a national naming contest. (Photo: AHMAD YUSNI / EPA) END_OF_DOCUMENT_TOKEN_TO_BE_REPLACED