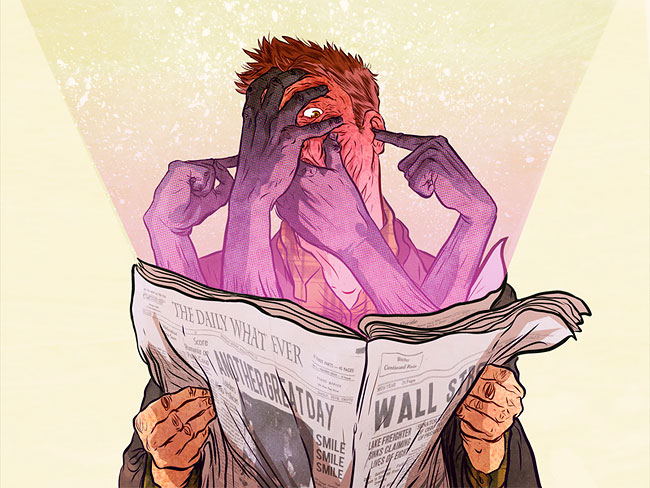 Beautiful illustrations from the portfolio of New York based illustrator Rafael Alvarez, who offers us a world that is both retro and trash, colorful and twisted. Some illustrations published in magazines, comics, or from his personal projects. END_OF_DOCUMENT_TOKEN_TO_BE_REPLACED 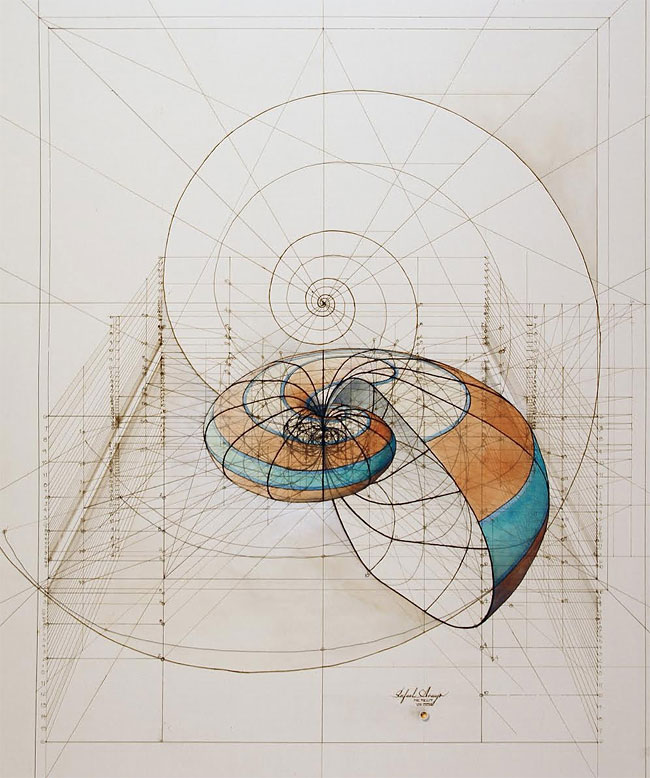 Only with a pencil, ruler and protractor, without the help of a computer, Venezuelan artist Rafael Araujo creates complex fields of three dimensional space where butterflies come to life and shells rise from mathematical spirals. END_OF_DOCUMENT_TOKEN_TO_BE_REPLACED 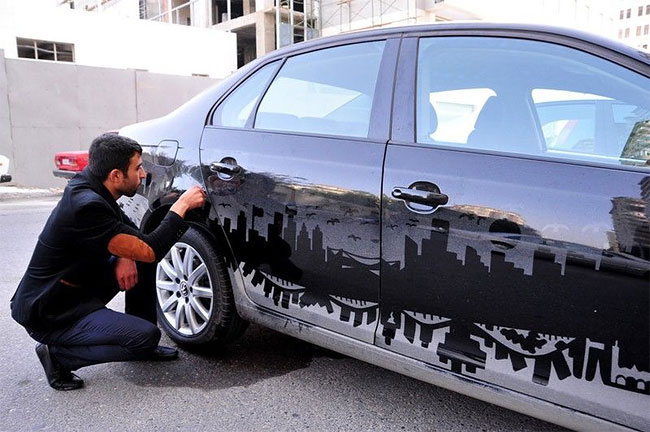 During work hours on one of the busiest streets of Baku, Azerbaijan’s capital, parking attendant Rafael Veyisov wipes off the dust on cars with his fingers, slowly contouring the shapes of tall buildings and flying birds. In his artwork, he generally illustrates real towns to educate people about other countries, but sometimes he also lets his imagination run wild and produces impressive original works. Surprised by his talent, the car owners who regularly leave their vehicles in Rafael’s care, often leave them dirty just to give him an excuse to play around, and take photos of his beautiful artworks. END_OF_DOCUMENT_TOKEN_TO_BE_REPLACED