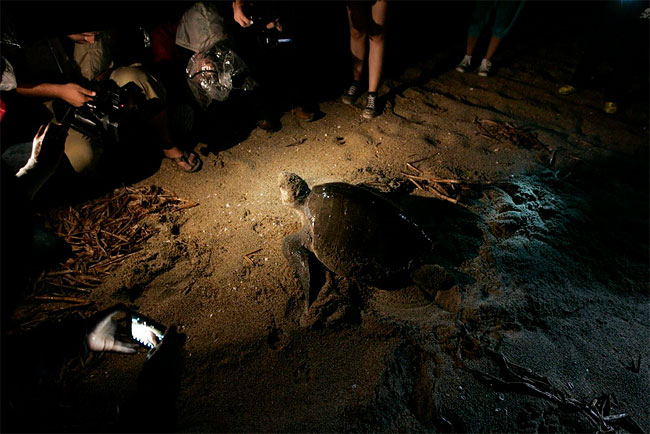 Cameramen and volunteers surround an Olive Ridley turtle (Lepidochelys olivacea) as she lays eggs on a beach in Tomatlan November 15, 2013. Twenty years ago, Mexico’s government implemented ecological plans to protect the sea turtles from being hunted for their leather and meat and established conservation areas and a pay system for local residents to protect turtle nests. Millions of baby turtles hatch on the shores in November and December, according to an environmental group. It is estimated that in 2012, there were 20 million newborns. Hatching season is still underway, but officials say they expect there will be even more turtles born this year. (Photo by Alejandro Acosta/Reuters) END_OF_DOCUMENT_TOKEN_TO_BE_REPLACED