On the Sidelines of the Brazil World Cup

As national soccer teams and the photographers who have been covering them start to trickle home from the Brazil World Cup, it’s time to revisit the “On the Sidelines” project. This Reuters Pictures project was billed as a chance for photographers to share “their own quirky and creative view of the World Cup”. 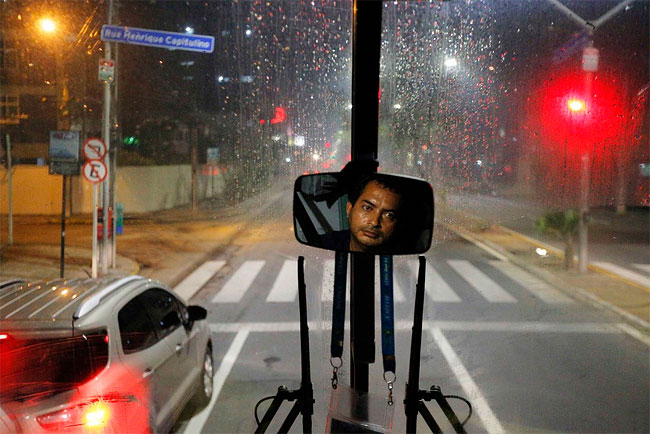 The media bus driver is reflected in a mirror during the trip away from the Pernambuco arena in the rain in Recife June 28, 2014. In a project called “On The Sidelines” Reuters photographers share pictures showing their own quirky and creative view of the 2014 World Cup in Brazil. (Photo by Brian Snyder/Reuters)
END_OF_DOCUMENT_TOKEN_TO_BE_REPLACED