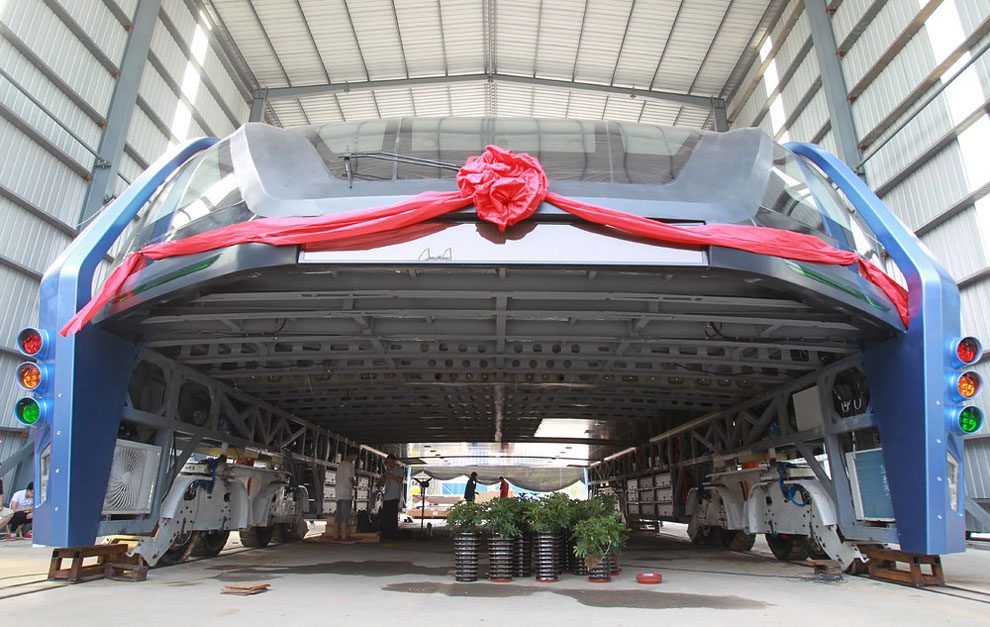 A model of a innovative street-straddling bus called Transit Elevated Bus is seen after a test run in Qinhuangdao, Hebei Province, China, August 3, 2016. Chinese engineers have built a full-sized test model of the much-anticipated TEB-1 straddling bus concept. First revealed in 2010, the bus promises to beat traffic by tiptoeing over it – with wheels at the edges of the road, it acts rather like an enormous tunnel, appearing to swallow the traffic that passes underneath. END_OF_DOCUMENT_TOKEN_TO_BE_REPLACED