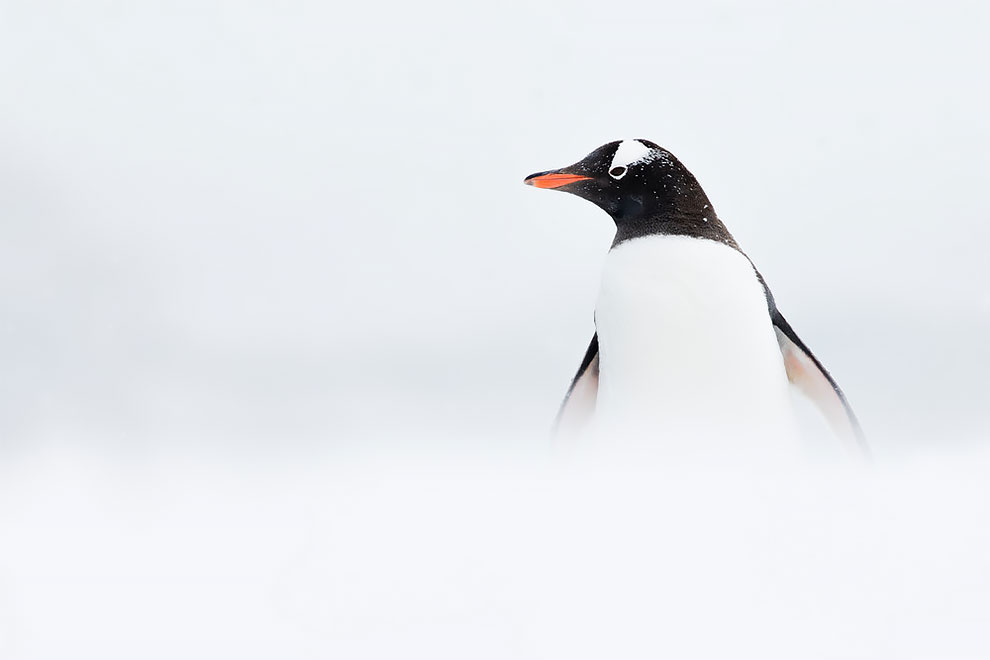 The annual Antarctic photography exhibition, which is part of Hobart’s Antarctica festival is back on with its chilly, majestic imagery. The winner this year is Sydney’s Sam Edmonds with his striking photo of a gentoo penguin in the snow. Here: Gentoo by Sam Edmonds was the winner of the competition. (Photo by Sam Edmonds/The Guardian) END_OF_DOCUMENT_TOKEN_TO_BE_REPLACED 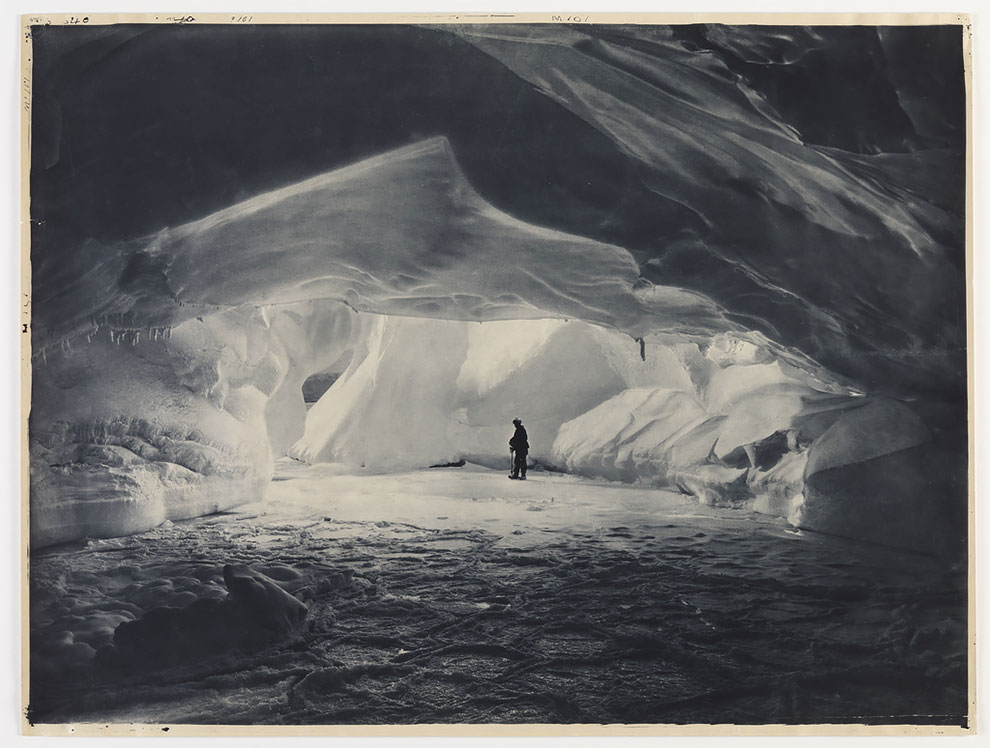 Cavern carved by the sea in an ice wall near Commonwealth Bay, circa 1912

In 1911 a group of scientists and adventurers left Hobart under the leadership of Dr Douglas Mawson. They were bound for Macquarie Island and the then unknown parts of Antarctica. END_OF_DOCUMENT_TOKEN_TO_BE_REPLACED 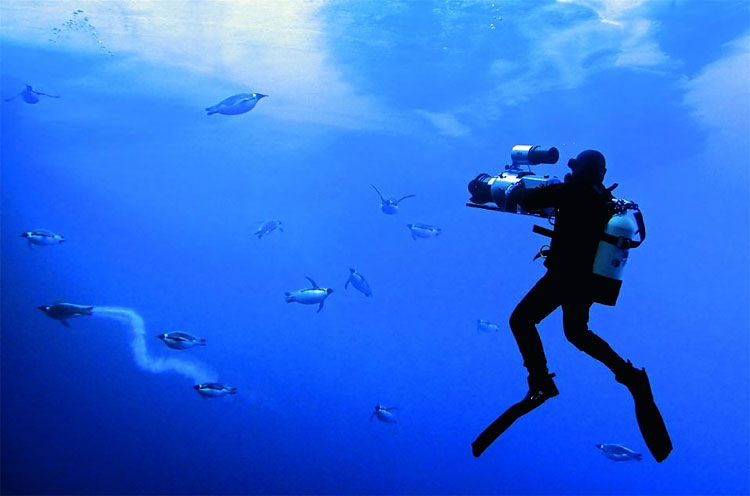 Didier Noiret in action under water, where the massive camera is weightless, allowing him to track the emperors. Those that have swum up from the depths are circling around the exit point, waiting for their heart rates to return to normal. They then jet-propel themselves upwards, leaving a rocket trail of bubbles in their wake as all the air is forced out of their feathers. With no limbs to pull themselves onto the ice, this is the only way to exit. But it means they can’t see what’s on the surface, and beak-breaking collisions with ice blocks can happen. END_OF_DOCUMENT_TOKEN_TO_BE_REPLACED