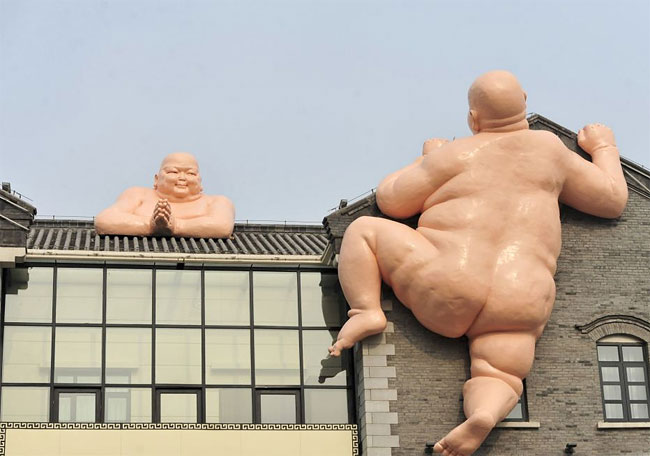 A Chinese restaurant has removed two naked 50ft statues of Buddha from its roof just two days after putting them up because they offended believers. The statues were a reference to a old Chinese wives’ tale involving Buddhist monks, which features one of them scrambling over a wall to try some soup. Buddhist followers, known for their peaceful ways, were so angered by their religions leader being used as an advert that they began protesting outside the eatery, demanding the figures be taken down. END_OF_DOCUMENT_TOKEN_TO_BE_REPLACED 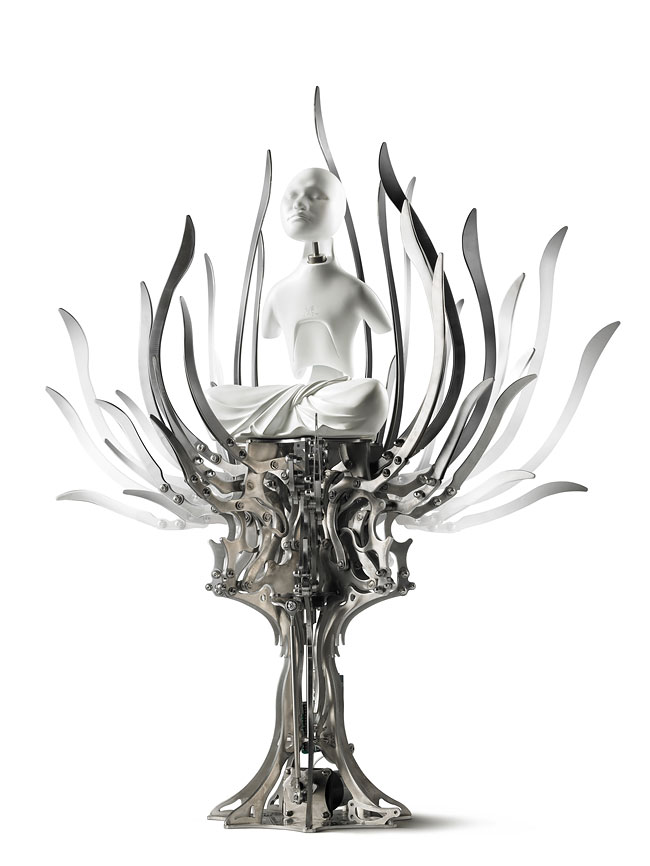 South Korean artist Wang Zi Won creates enlightened robots, including the Buddha and an idealized mechanical doll based upon himself, as a guidepost for a future in which technology lead to self-actualization. Humans will evolve and adapt themselves to enhanced science and technology just as men and animals in the past evolved to adapt themselves to their natural circumstances. The artist sees this as our destiny, not as a negative, gloomy dystopia. END_OF_DOCUMENT_TOKEN_TO_BE_REPLACED