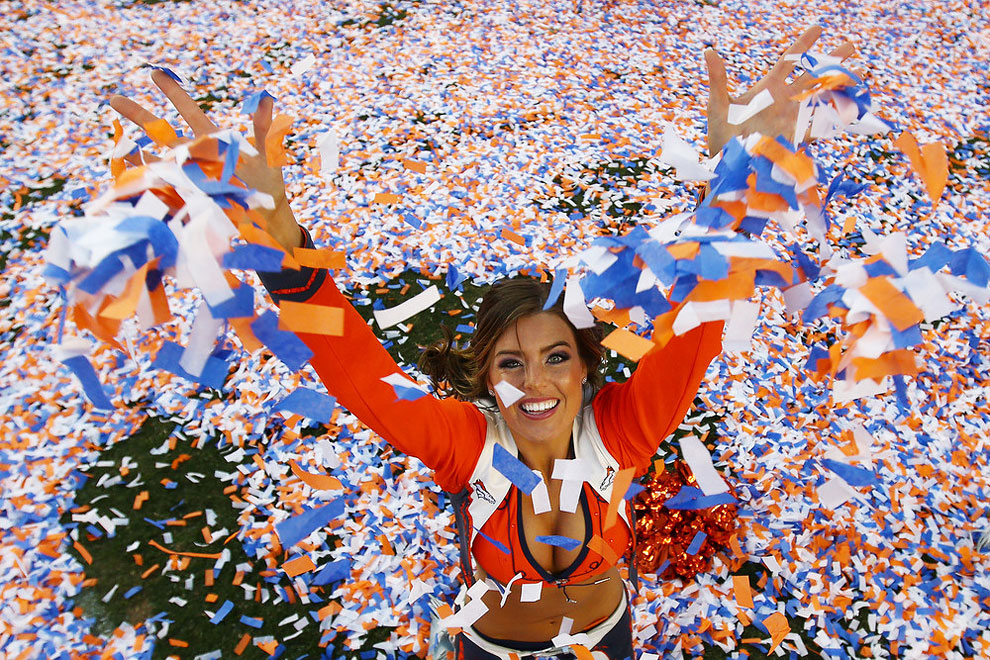 A Denver Broncos cheerleader celebrates after they defeated the New England Patriots 26 to 16 during the AFC Championship game at Sports Authority Field at Mile High on January 19, 2014 in Denver, Colorado. (Photo by Doug Pensinger/Getty Images)
END_OF_DOCUMENT_TOKEN_TO_BE_REPLACED

This is a view of the cheerleaders with which fans are most familiar: The Buccaneers’ cheerleaders entertain the crowd during a September game against the Atlanta Falcons at Raymond James Stadium in Tampa. (Margaret Bowles/Associated Press) END_OF_DOCUMENT_TOKEN_TO_BE_REPLACED