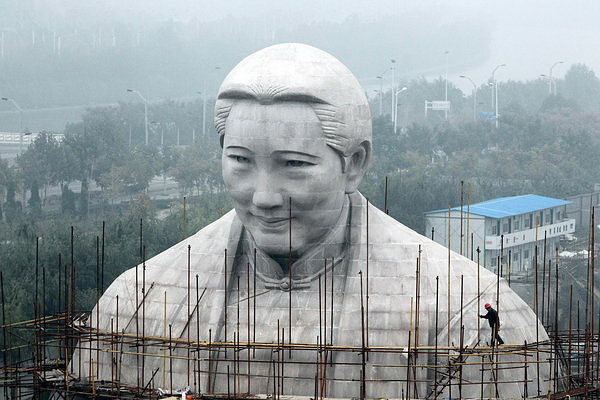 A 24-meter stone statue of Soong Ching Ling (1893-1981) is going up in Zhengzhou, capital of Central China’s Henan province, on Nov 3, 2011. Soong Ching Ling is former vice-president of China and wife of Sun Yat-sen, the leader of the 1911 Revolution that toppled the Qing Dynasty (1644-1911), China’s last dynasty. The statue’s base is designed as a meeting hall with an area of 800 square meters and construction is expected to be completed by the end of this month, according to construction workers. One of the workers said the statue belongs to the Henan Provincial Soong Ching Ling Foundation. (CFP) END_OF_DOCUMENT_TOKEN_TO_BE_REPLACED