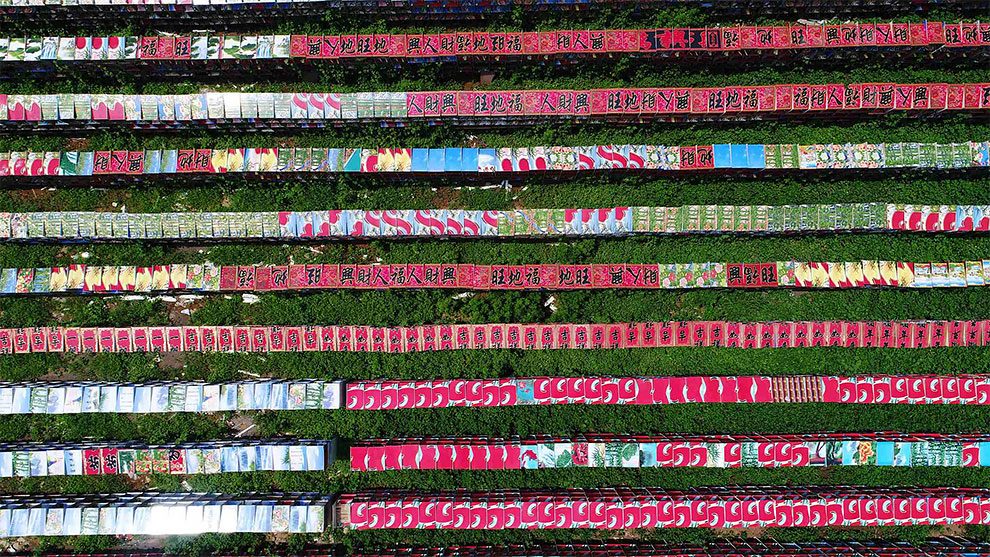 Looking from above, one can never tell that these colorful rows in Jinan, capital of east China’s Shandong Province, featuring flower and fish patterns as well as Chinese characters are actually thousands of deserted battery cages. END_OF_DOCUMENT_TOKEN_TO_BE_REPLACED 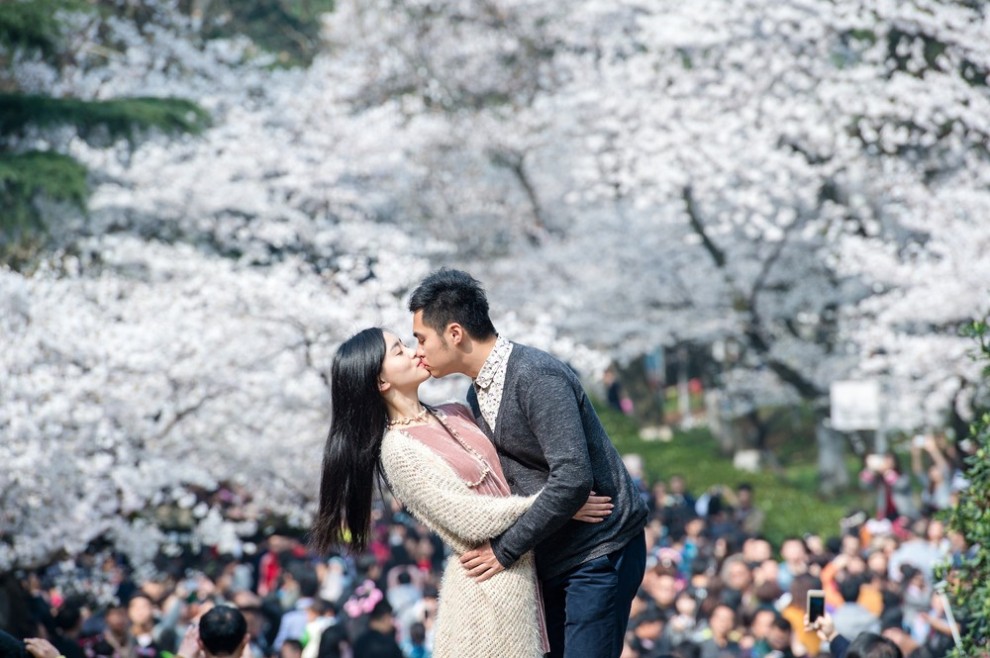 Located in Kunshan, eastern China, the restaurant relies on over a dozen machines for tasks such as greeting customers, waiting on tables and cooking basic meals. The eatery becomes the third café in the world to rely on the use of robot employees, potentially giving a glimpse into how future businesses could operate. Speaking to a local newspaper, owner Song Jugang explained that the robots cost around £4000 (≈6600 USD) – the same as the yearly pay for a human employee. There are drawbacks to using the robots which is why Mr Jugang still relies on humans, hiring a handful to work in the kitchen and cook dishes too complex for their mechanical countrparts. The futuristic machines have a limited vocabulary and take two hours to charge enough to complete a five hour shift but give an insight into how far robot technology has come. 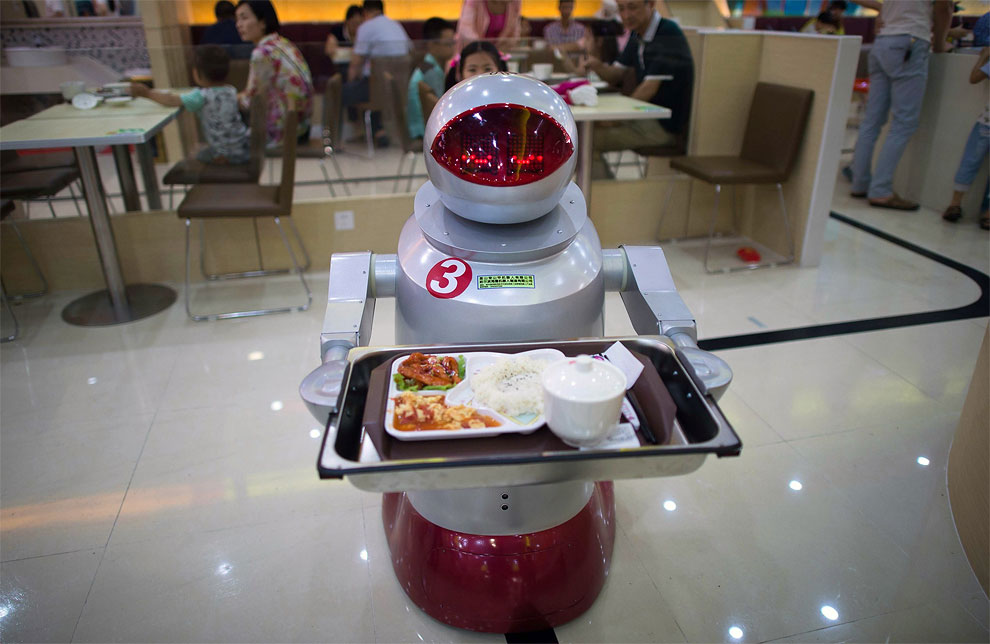 This photo taken on August 13, 2014, shows a robot carrying food to customers in a restaurant in Kunshan. It’s more teatime than Terminator – a restaurant in China is electrifying customers by using more than a dozen robots to cook and deliver food. (Photo by Johannes Eisele/AFP Photo)
END_OF_DOCUMENT_TOKEN_TO_BE_REPLACED 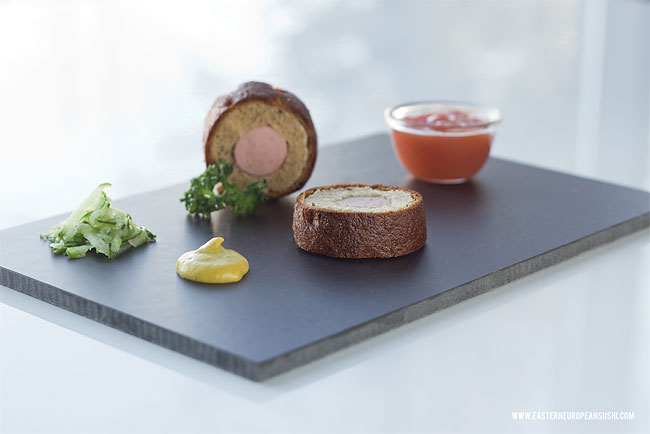 Want to have some crazy kitchen fusion at home? Check “Eastern European Sushi” – a brand new food design project by CLINIC 212, agency from Luthuania. The goal was to show that creative, innovative and sometimes insane insights can generate superlative outcome. That is how they ended up taking most popular dishes some time ago in Soviet Lithuania and applying them to inimitable sushi. END_OF_DOCUMENT_TOKEN_TO_BE_REPLACED 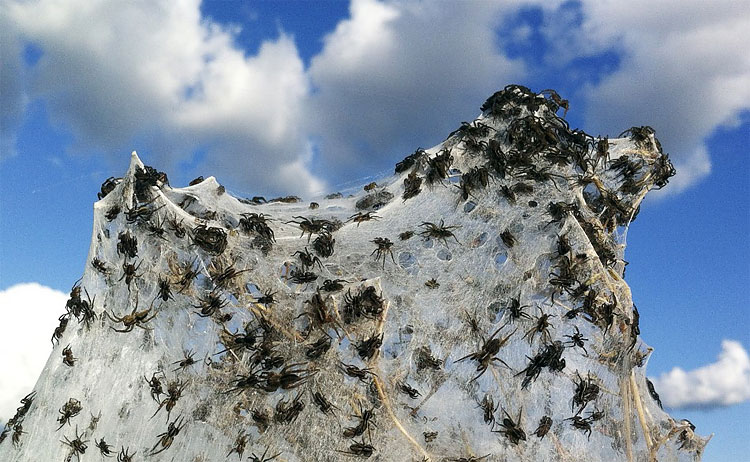 Spiders are seen in their webs spun round dry sticks on a bush next to flood waters in Wagga Wagga March 6, 2012. (REUTERS/Daniel Munoz) END_OF_DOCUMENT_TOKEN_TO_BE_REPLACED 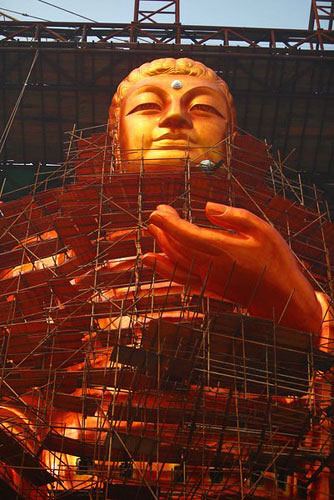 A statue of Amitabha, also known as the Buddha of Infinite Light, is going up in Jiujiang, Jiangxi province, Nov 4, 2011. The 48-meter statue is one of the world’s tallest. (CFP) END_OF_DOCUMENT_TOKEN_TO_BE_REPLACED

‘Bulls to the Sea’ Festival in Eastern Spain 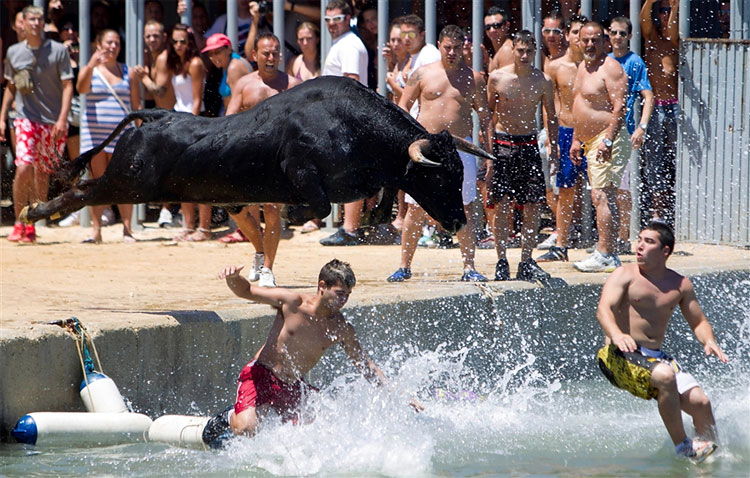 Revelers jump into the sea followed by a bull, during the ‘Bous a la Mar’ or “Bulls to the Sea” festival in the eastern town of Denia, Spain, Wednesday, July 13. (Fernando Bustamante / AP)

The ‘Bulls to the Sea’ festival is a local variant of Pamplona’s annual running of the bulls (see photos). According to the AP, the bulls are later brought back to land by small boats. END_OF_DOCUMENT_TOKEN_TO_BE_REPLACED