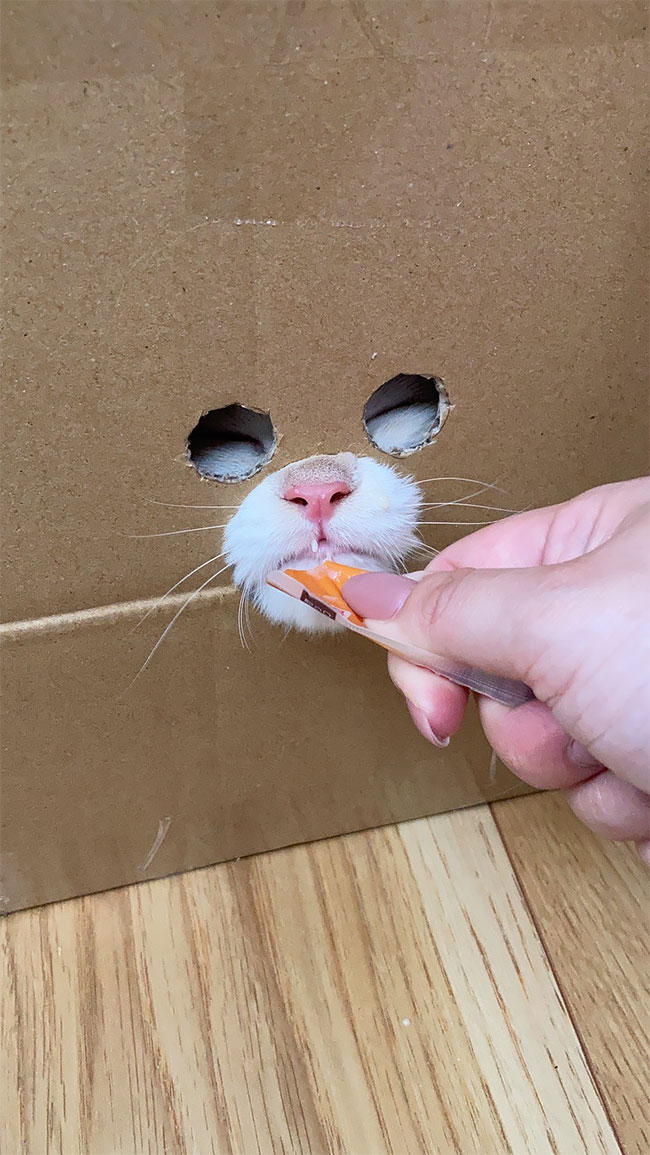 It’s always fun to give your pets treats, but one Japanese cat owner has found an easy way to make it even more interesting. Whenever the owner feeds this cat through three holes cut into a cardboard box, the feline looks instantly more comical. END_OF_DOCUMENT_TOKEN_TO_BE_REPLACED 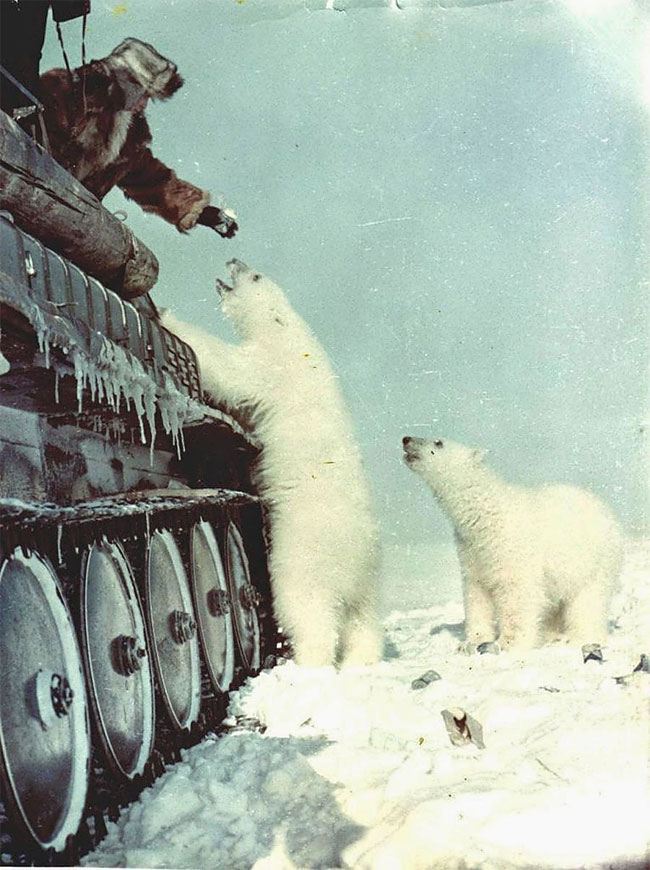 The soldiers would feed the polar bears with condensed milk tins. People would open such a tin with a tin-opener and then gave the can to the bear who licked all the milk from tin and then feed her little bears with it. Those blue and white tins of condensed milk were the winter dessert staple of every Soviet kid. The condensed milk (called in Russian: sgushchennoye moloko) had indeterminately long shelf life and there was always plenty of it. It was a common dessert in the army too. It isn’t surprised to see it given away to bears, because unlike some stuff that was rationed the condensed milk in USSR was available in unlimited amounts. END_OF_DOCUMENT_TOKEN_TO_BE_REPLACED

Photo of the Day: Feeding Time 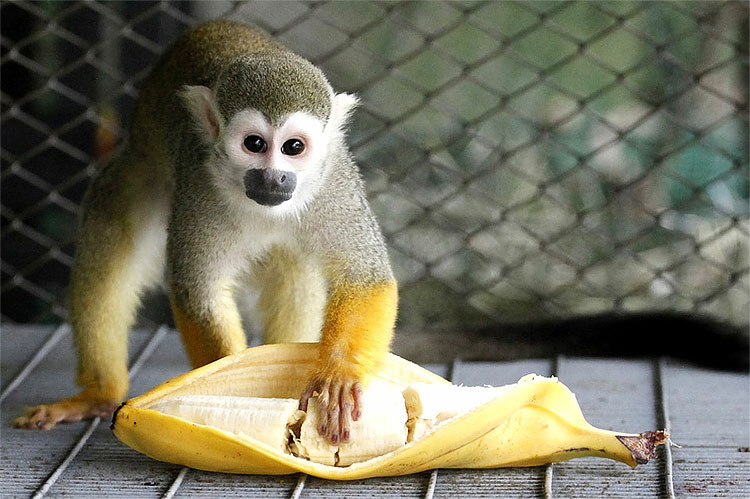 A male common squirrel monkey (Saimiri sciureus) eats a banana inside an open air enclosure at Royev Ruchey zoo in the suburbs of Russia’s Siberian city of Krasnoyarsk. (Mirror Online)