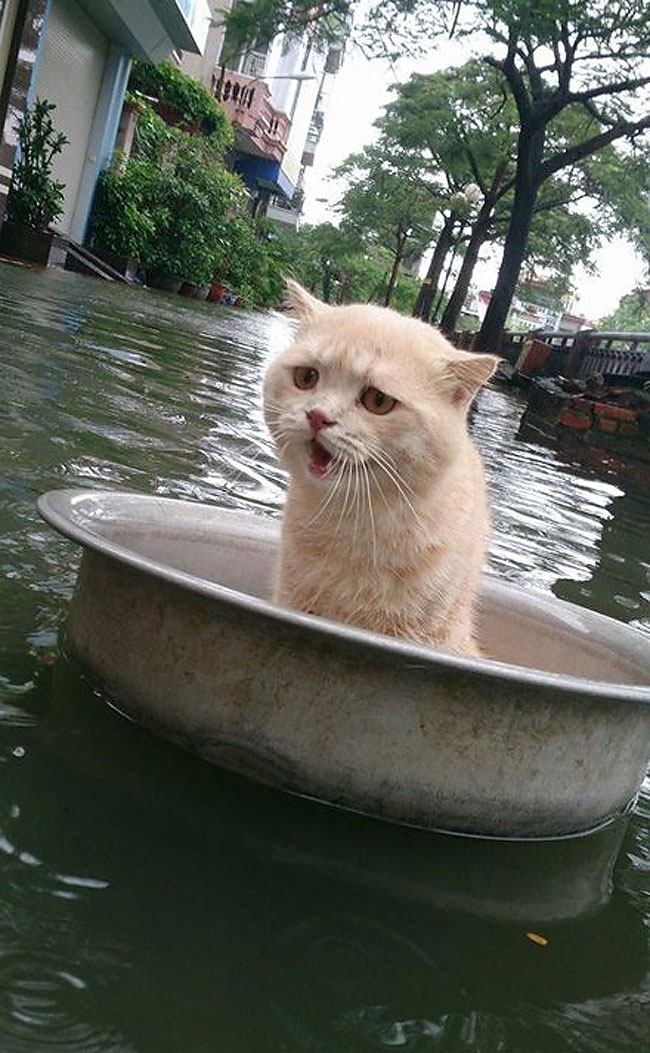 A cat is trying to survive in catastrophic flooding in the city of Haiphong Vietnam by floating in a small basin. According to the cat owner, Lê Quốc Phong: “I took these photos when our house was flooded after a typhoon in Vietnam on May 7. And he was very quick to jump out because he was afraid of the water basin.” END_OF_DOCUMENT_TOKEN_TO_BE_REPLACED 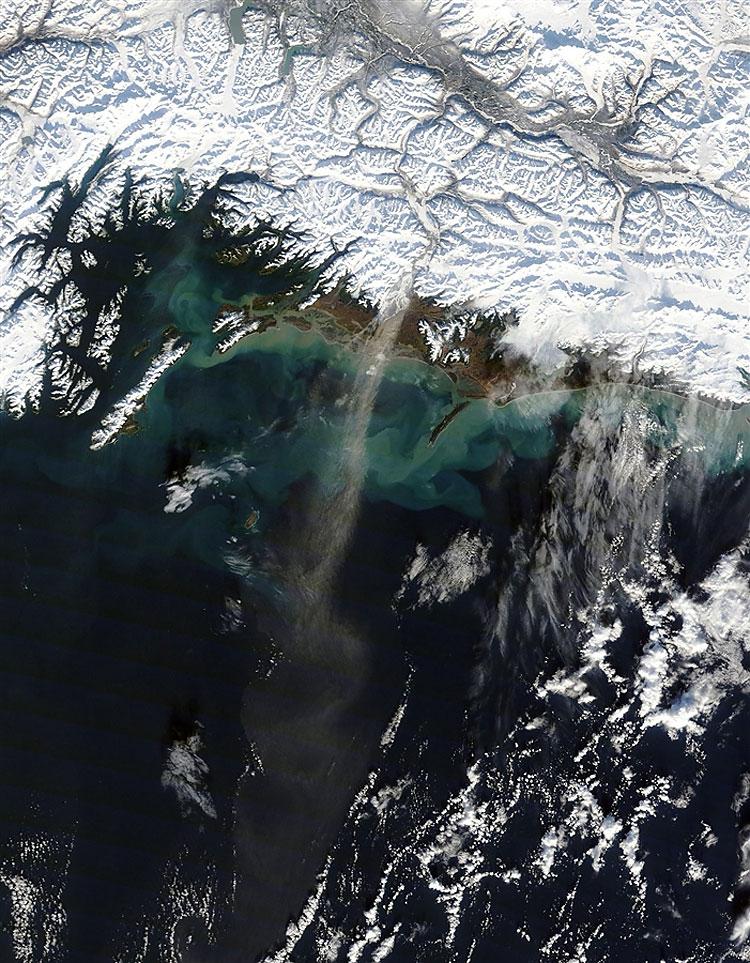 This NASA MODIS Rapid Response Team image obtained November 4, 2011 shows dust as it blew over the Gulf of Alaska in early November 2011. The Moderate Resolution Imaging Spectroradiometer (MODIS) on NASA’s Terra satellite captured this natural-color image on November 2, 2011. Blowing toward the south-southwest, the dust plume remains discernible for roughly 100 kilometers (60 miles). The dust emerges from the Copper River Valley, which zigzags through the glacier-rich Chugach Mountains. The slow movement of glaciers over bedrock grinds the rock into glacial flour. This fine sediment is easily lofted into the air by winds blowing through mountain valleys. This image also shows swirls of iridescent green in the waters along the shore. The bright green probably results from sediment and phytoplankton. Dust can fertilize phytoplankton, prompting big blooms, but the microscopic organisms also thrive in high-latitude seas especially near coastlines, without dust. (Jeff Schmaltz / NASA via AFP – Getty Images) END_OF_DOCUMENT_TOKEN_TO_BE_REPLACED