“When Martin Viera’s Chevrolet rolled out of the dealer’s lot, Harry Truman was president of the United States, gasoline cost 27 cents a gallon and a 24-year-old lefty named Tommy Lasorda was pitching for Almendares in the Cuban winter baseball league. That world is long gone, but the Chevy’s still running on the streets of Havana – part of a fleet of classic cars that have become an icon of tourism in the socialist nation. For decades, the cars slowly decayed. But officials in recent years have eased state control over the economy by allowing limited self-employment. So those lucky enough to have a pre-revolutionary car can earn money legally by ferrying tourists – or Cubans celebrating weddings – along Havana’s waterfront Malecon boulevard. Viera’s 1951 Chevrolet and Osmani Rodriguez’s 1954 Ford are now part of Havana’s tourist draw”. – The Associated Press 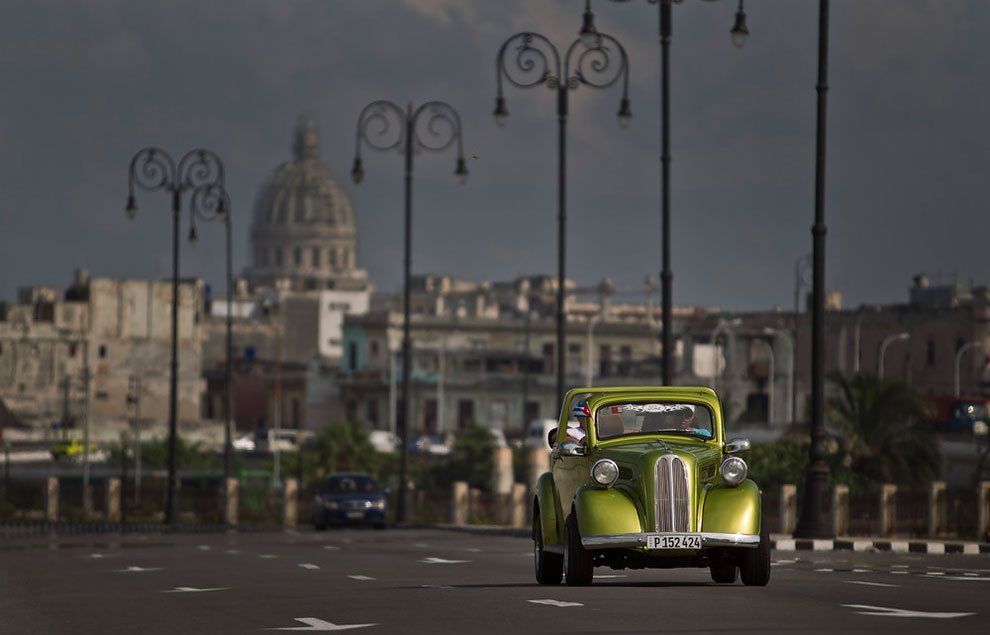 In this October 15, 2014 photo, a man drives a classic American car on The Malecon in Havana, Cuba. This classic still running on the streets of Havana is part of a fleet of classic cars that have become an icon of tourism in the socialist nation. (Photo by Franklin Reyes/AP Photo)
END_OF_DOCUMENT_TOKEN_TO_BE_REPLACED