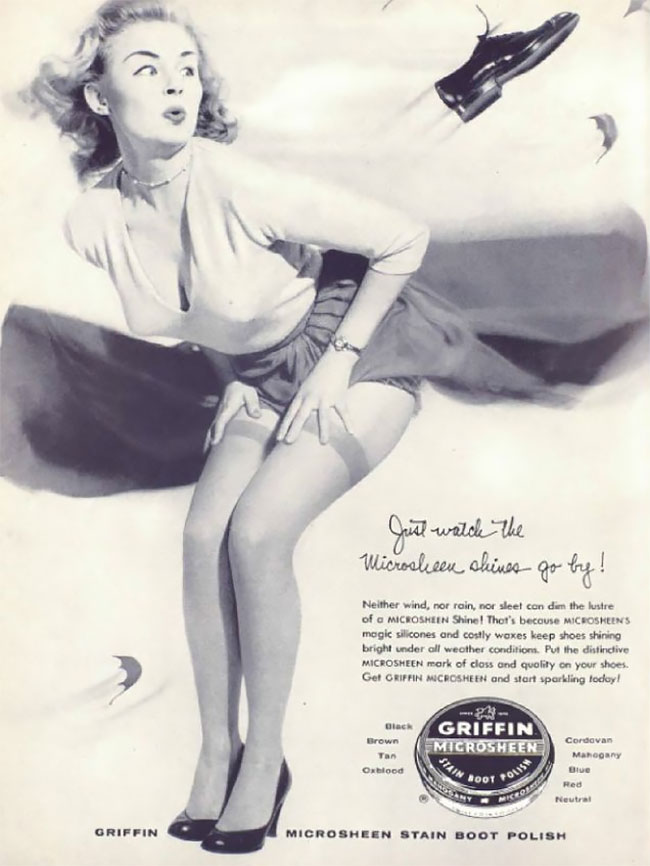 The 1950s were an innocent time in America as far as mainstream advertising went. But one campaign was quite racy. The Griffin Microsheen ads were for men’s shoe polish. But nary a man’s face and rarely a man’s foot ever made an appearance in the campaign. All the ads are from the mid- to late-1950s. END_OF_DOCUMENT_TOKEN_TO_BE_REPLACED 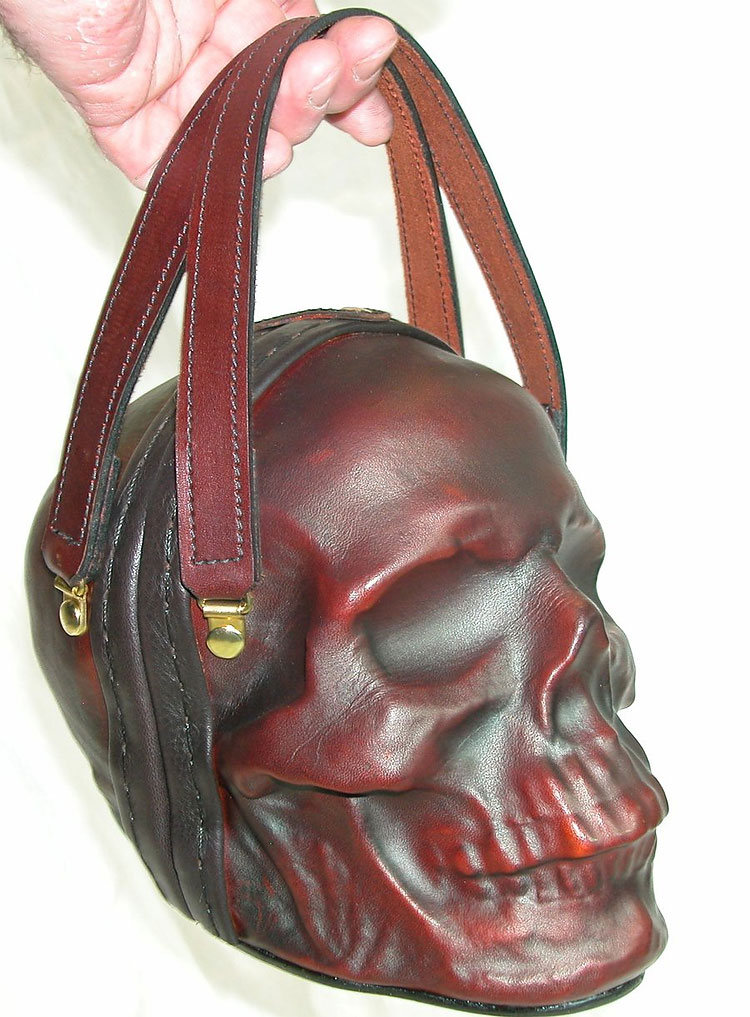 Brian Griffin has handcrafted this macabre leather art purse which is molded to look like a human skull. It is available in the color oxblood at his Etsy shop, Griffin Leather. END_OF_DOCUMENT_TOKEN_TO_BE_REPLACED