The South China Karst, a UNESCO World Heritage Site since June 2007, spans the provinces of Guangxi, Guizhou, and Yunnan. It is noted for its karst features and landscapes as well as rich biodiversity. The site comprises three clusters: Libo Karst, Shilin Karst and Wulong Karst. UNESCO describes the South China Karst as “unrivalled in terms of the diversity of its karst features and landscapes”. It contains the most significant types of karst landforms, including tower karst, pinnacle karst and cone karst formations, along with other spectacular characteristics such as natural bridges, gorges and large cave systems. 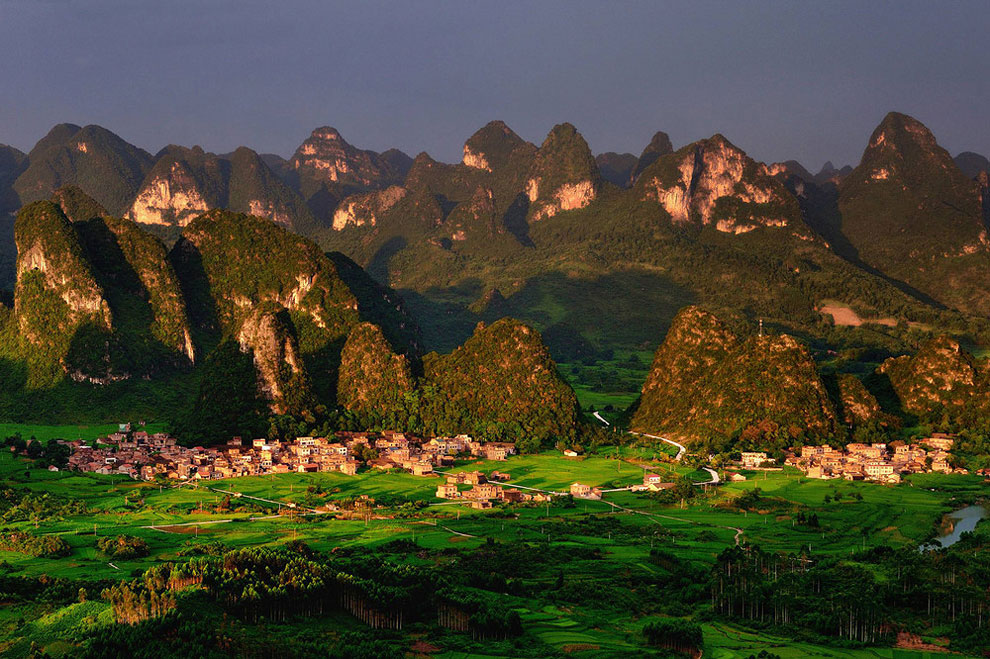