One need not go all the way to Salisbury Plain to witness a spectacular solar phenomenon.

New Yorkers have been privileged to view something called “Manhattanhenge” or “Manhattan Solstice” – whereby the sun sets in alignment with the east-west streets of the urban island, providing a visual somewhat similar to Stonehenge in England. Manhattanhenge occurs only twice a year – typically around May 28 and July 12 or July 13.

In this perfect and rare juxtaposition, the sun appears to be comfortably nestled between Manhattan’s huge skyscrapers. However, the effect lasts for only 15 or 20 minutes. The term “Manhattanhenge” was created by astrophysicist Neil deGrasse Tyson in 1996 at the American Museum of Natural History, who noticed how similar it was to the way the sun sets in Stonehenge. 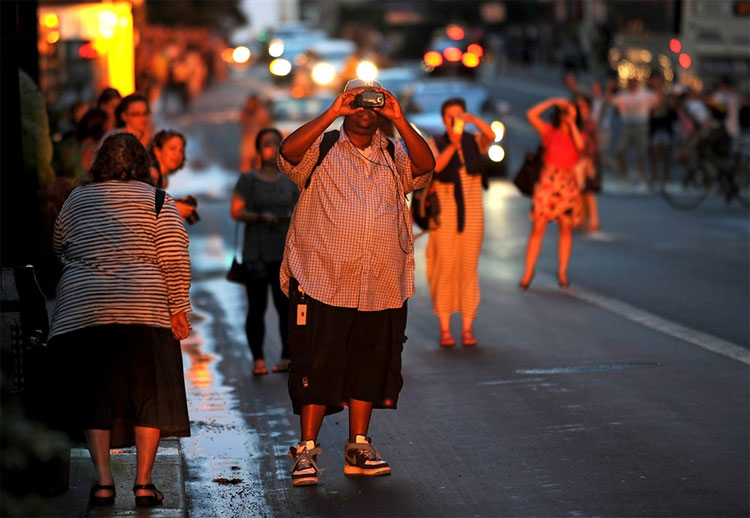 People step out into the street to photograph the sunset along 34th Street, aligning with the Manhattan street grid during “Manhattanhenge” on July 13 in New York. It is dubbed “Manhattanhenge” and happens two times a year when the Sun aligns at dusk with streets in a glowing magic trick as rays of sunlight span across New York perfectly, from west to east. (Stan Honda / AFP – Getty Images) END_OF_DOCUMENT_TOKEN_TO_BE_REPLACED