Mongoose vs Four Lions: An Epic Battle In Kenyan Savannah 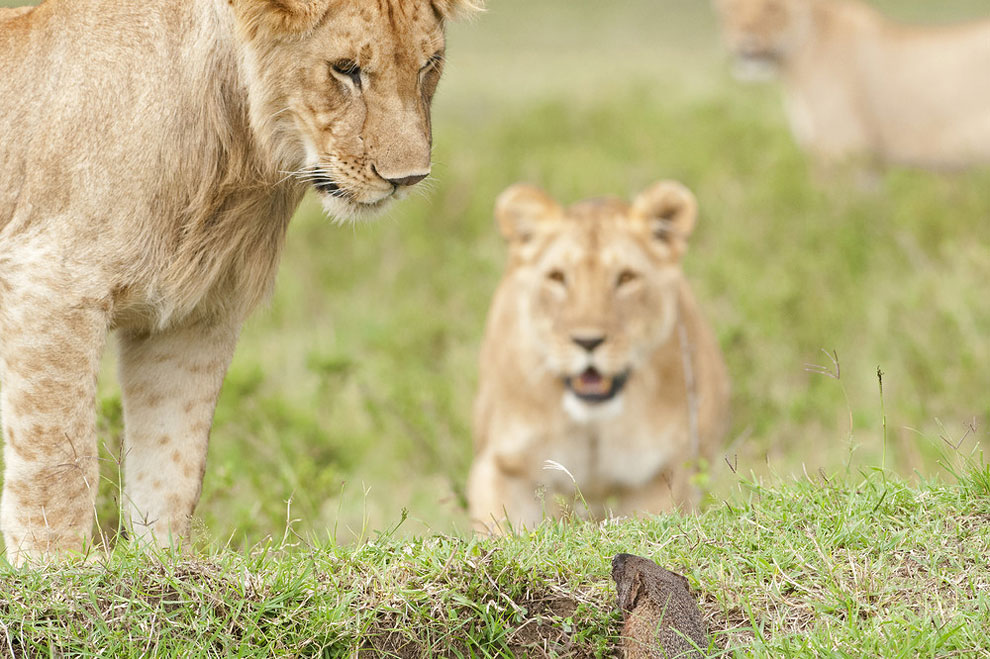 A mongoose emerges from its hole as lions wait nearby on September 10, 2011 in Maasai Mara, Kenya. Four lions were left with their tails between their legs when a mongoose bravely took on the predators. Despite being under two feet tall, the aggressive mongoose growled at the felines and even bit one on the nose. The shocking fight, which was photographed in 2011 but has just been released, began in the Masaai Mara National Park, Kenya, when photographer Jerome Guillaumot came across four young lions surrounding the terrified marsh mongoose. The lions chased the mongoose into a hole in the ground but the small animal reemerged to fight the predators once again before running for cover. (Photo by Jerome Guillaumot/Barcroft Media) END_OF_DOCUMENT_TOKEN_TO_BE_REPLACED