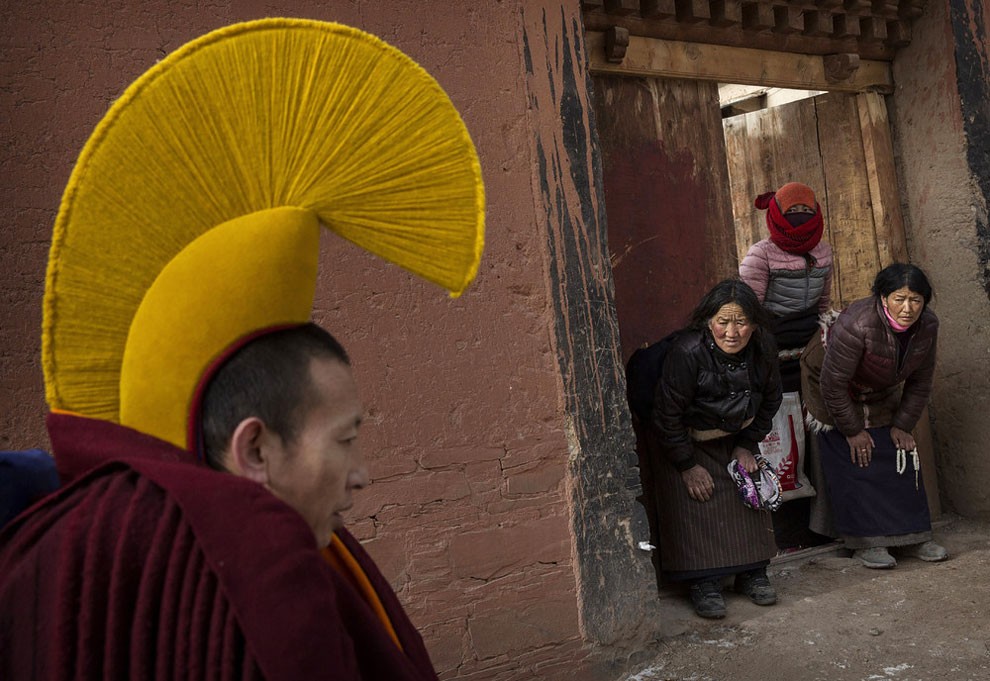 Devotees bow to a passing Tibetan Buddhist monk on his way to take part in a special prayer during Monlam or the Great Prayer rituals on March 5, 2015 at the Labrang Monastery, Xiahe County, Amdo, Tibetan Autonomous Prefecture, Gansu Province, China. Labrang Monastery is one of the six great monasteries of the Gelug school of Tibetan Buddhism and one of the largest outside of the Tibetan Autonomous Region. Monlam, the most important prayer event for many Tibetans was banned during the Cultural Revolution in China but once again in recent years it is celebrated in many areas. (Photo by Kevin Frayer/Getty Images)
END_OF_DOCUMENT_TOKEN_TO_BE_REPLACED