When the Olympic Games begin in London next month, the capital will play host to the fittest, fastest and strongest athletes in the world. But it will also be home to a rather different superlative – the biggest McDonald’s on the planet, right in the middle of the Olympic park. So while the competitors stretch themselves to their very limits, hungry spectators will gorge on tens of thousands of burgers and portions of fries. 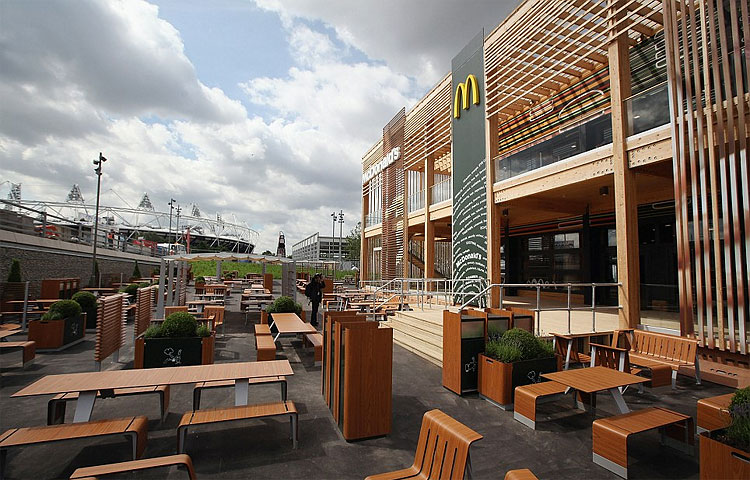 An exterior view of the world’s largest McDonald’s restaurant, their flagship outlet in the Olympic Park. (Getty Images) END_OF_DOCUMENT_TOKEN_TO_BE_REPLACED