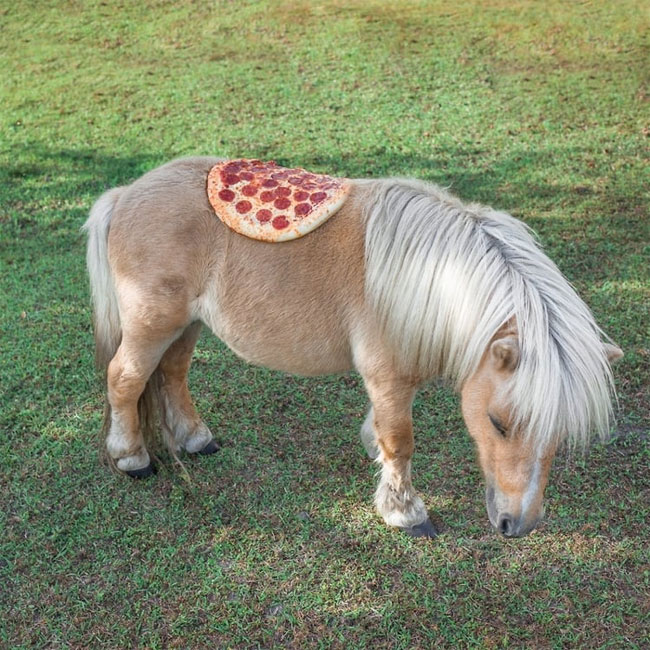 Pizza in the Wild series I and II by Los Angeles-based photographer Jonpaul Douglass (previously) were inspired by pizza graffiti which led him to photograph a bunch of Little Caesar’s pizza pies in unusual locations and situations throughout LA. Some hang off ledges, others are thrown/placed on animals, cars, street signs and the like, and still others become one with nature. If you’re feeling badly for the pizzas that appear in the shots, don’t; none were harmed in the making of the series and apparently some were even eaten! A very wise man, for sure. END_OF_DOCUMENT_TOKEN_TO_BE_REPLACED