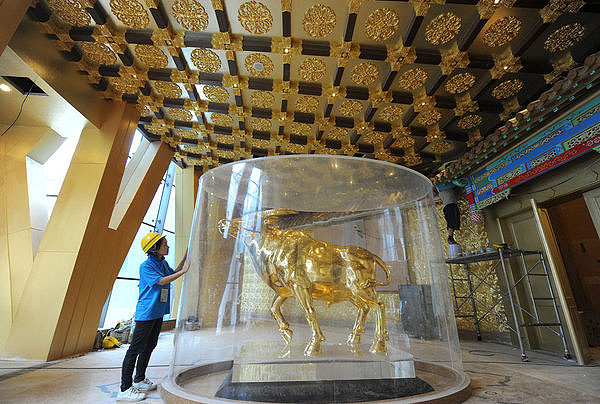 A construction worker looks at a golden bull weighing one ton with a worth of 300 million yuan ($46.9 million) in the hall of a skyscraper under construction in Huaxi village, the richest village of China, located in East China’s Jiangsu province. The 328-meter-high 74-storey skyscraper cost more than 1.5 billion yuan and is scheduled to go into operation in October, 2011 to mark the 50th anniversary of the founding of the village. It ranks as the 15th tallest skyscraper in the world and the eighth tallest in China. (CFP) END_OF_DOCUMENT_TOKEN_TO_BE_REPLACED