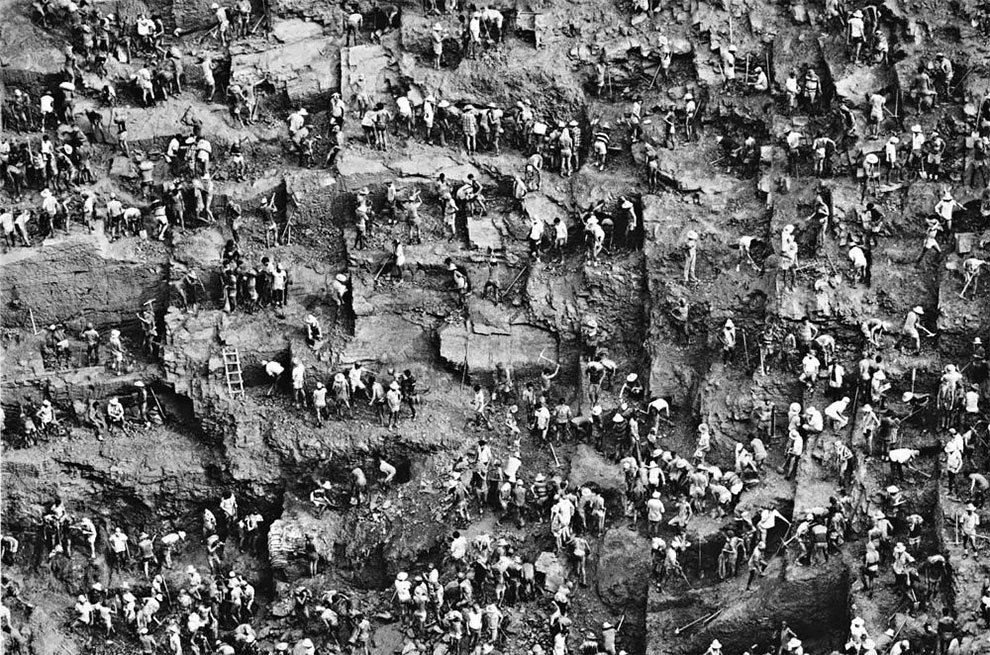 Serra Pelada was a large gold mine in Brazil 430 kilometres (270 mi) south of the mouth of the Amazon River. The mine was made infamous by the still images taken by Alfredo Jaar and later by Sebastião Salgado and the first section of Godfrey Reggio’s 1988 documentary Powaqqatsi, showing an anthill of workers moving vast amounts of ore by hand. Because of the chaotic nature of the operation estimating the number of miners was difficult, but at least 100,000 people were thought to be present, making it one of the largest mines in the world. END_OF_DOCUMENT_TOKEN_TO_BE_REPLACED