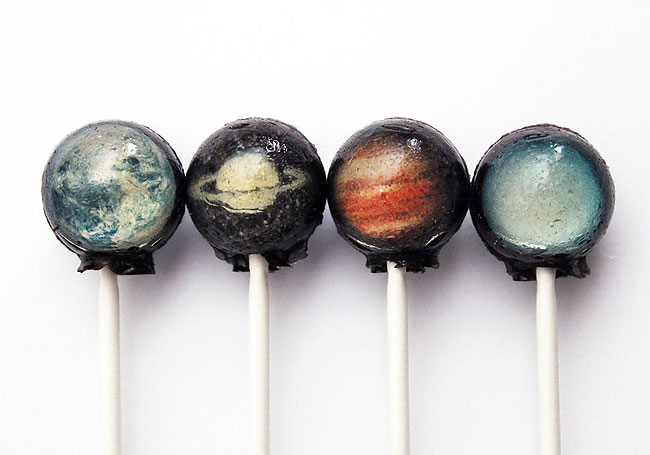 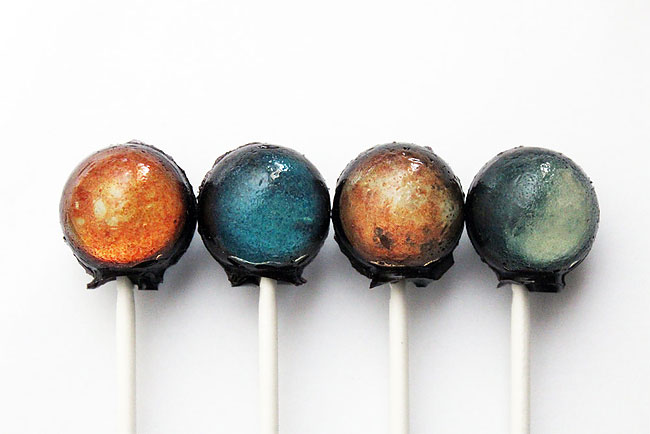 Earth and Saturn lollies. Life-like lollipops part of a collection of the whole solar system to be created by sweet company Vintage Confections. Using high resolution graphics they are able to print the finest detail on to a plain lollipop. Sun, Mercury, Venus, Earth, Mars, Jupiter, Saturn, Uranus, Neptune and Pluto. The backs of these lollipops are black flecked with silver edible glitter that simulate stars. END_OF_DOCUMENT_TOKEN_TO_BE_REPLACED 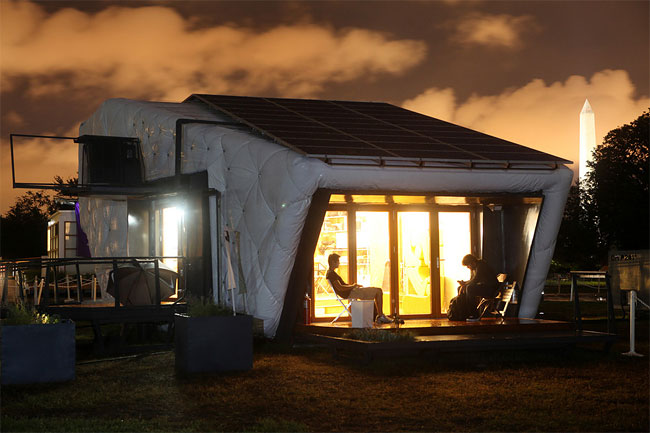 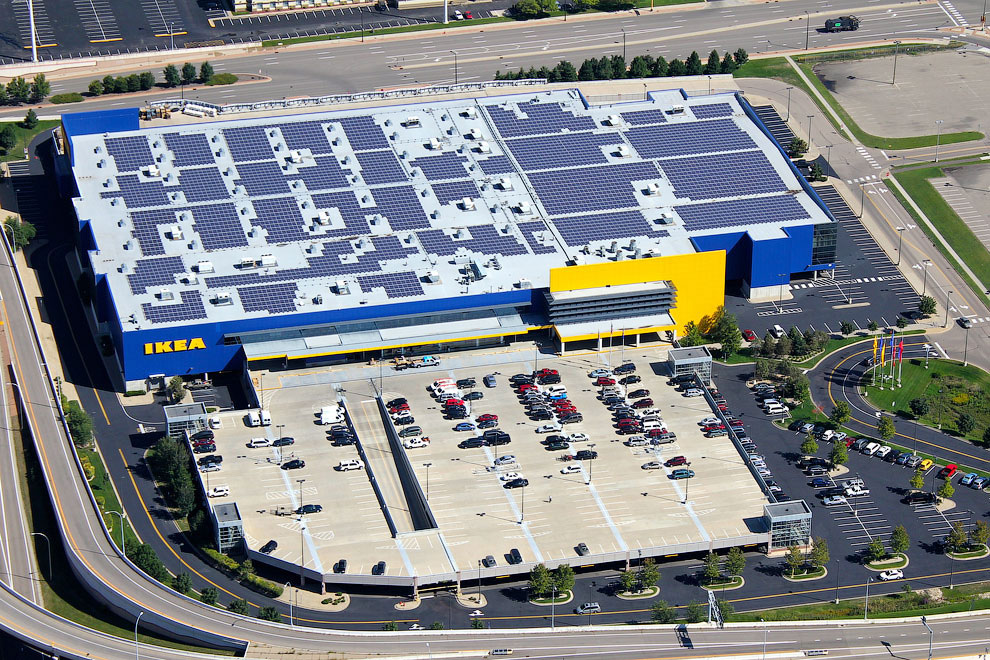 The 1-megawatt system is the largest solar array in Minnesota. It generates the equivalent of the power needed by 100 homes, or roughly the output of one small wind turbine. The Bloomington store marks the 31st U.S. solar project for Ikea, with eight more locations in development. The company said it has invested $590 million in renewable energy projects around the world. END_OF_DOCUMENT_TOKEN_TO_BE_REPLACED 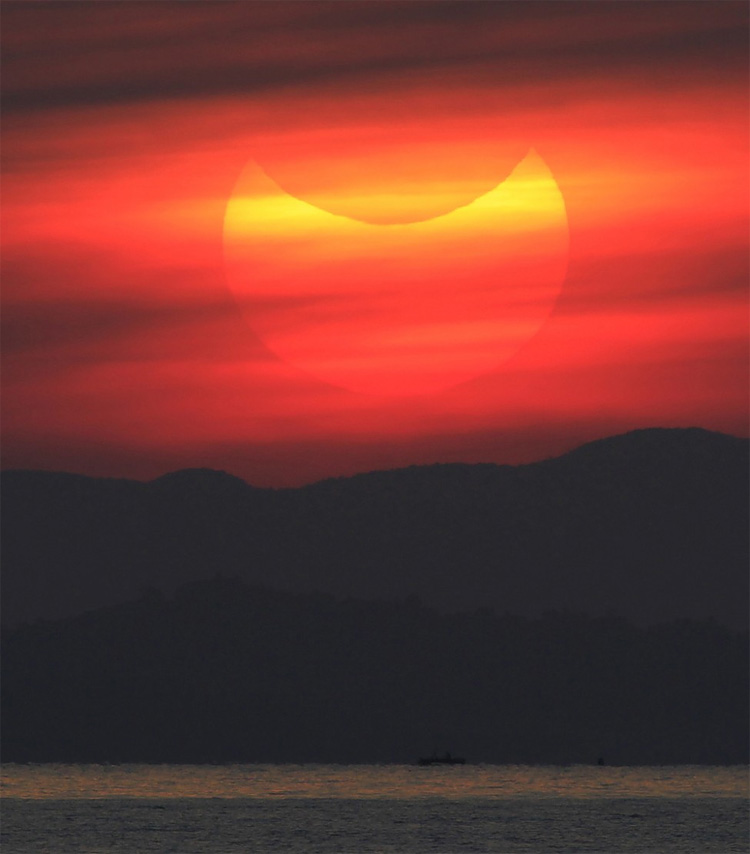 An annular solar eclipse occurs as the moon passes between the Earth and the sun as partially seen at sunrisefrom the coastal township of Gumaca, Quezon province, 187 kilometers (116 miles) southeast of Manila, Philippines. (AP)

Photo of the Day: Solar Storm 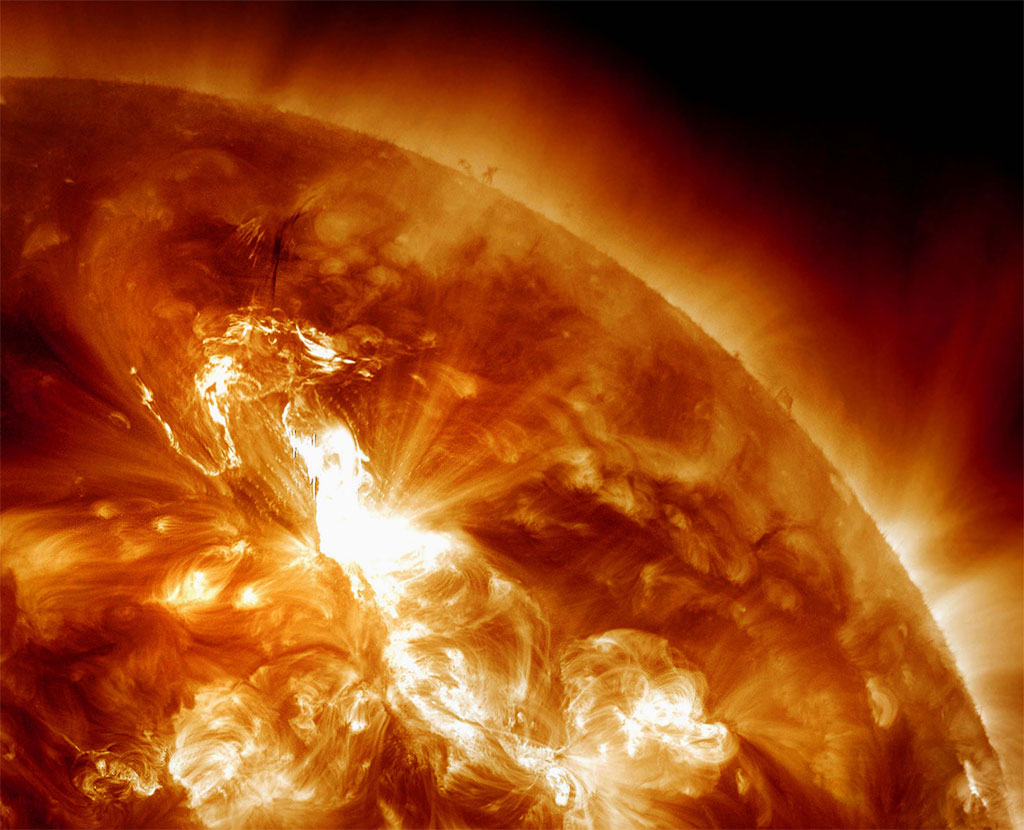 A solar flare erupts on the Sun’s northeastern hemisphere. Space weather officials say the strongest solar storm in more than six years is already bombarding Earth with radiation with more to come. It’s mostly an issue for astronauts’ health and satellite disruptions, and it can also cause communication problems for airplanes that go over the poles. (NASA/Associated Press) Click image to zoom. 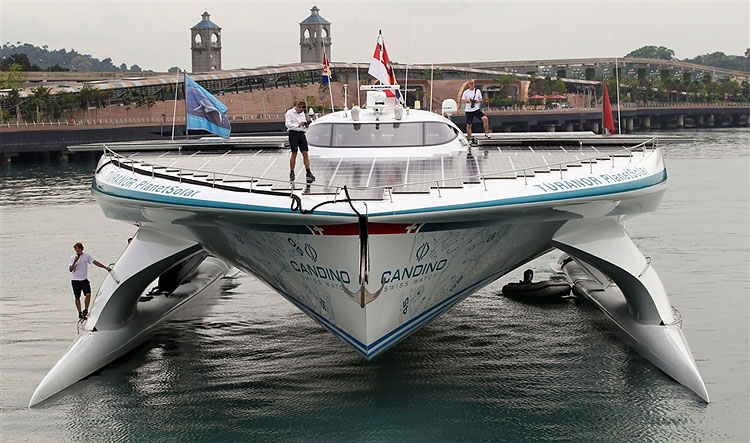 The MS Turanor PlanetSolar yacht arrives in Singapore for a stop on its global tour on October 12. PlanetSolar is the largest solar powered boat in the world and hopes to be the first to circumnavigate the world’s oceans in a 22,000 mile two-year odyssey. (Stephen Morrison / EPA) END_OF_DOCUMENT_TOKEN_TO_BE_REPLACED 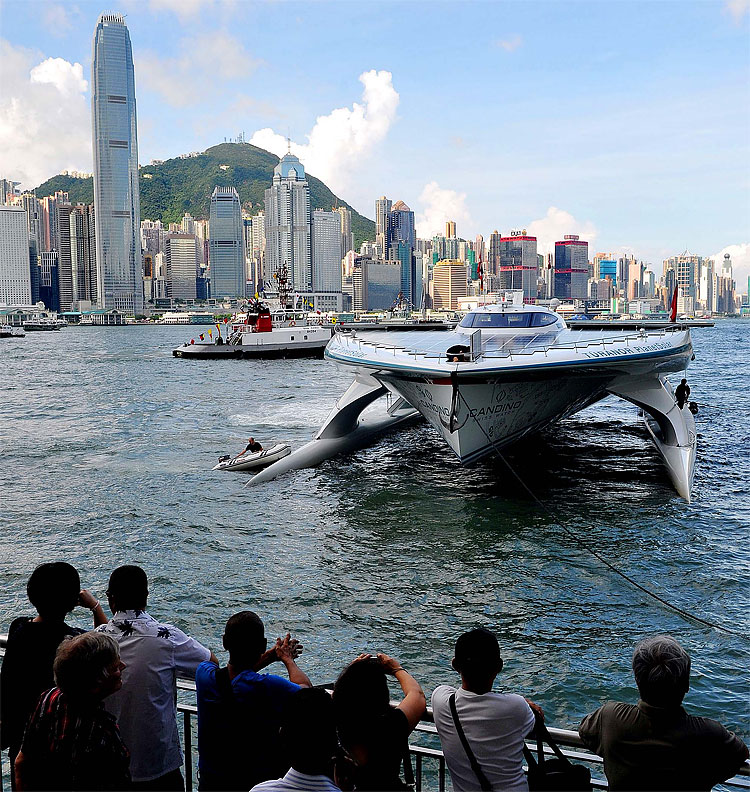 The Turanor PlanetSolar, the first solar-powered boat to travel around the world, arrives in Hong Kong. The Swiss-flagged boat, which was built in Germany and cost $26 million, is topped by 500 square meters of black solar panels. (Laurent Fievet/AFP/Getty Images) 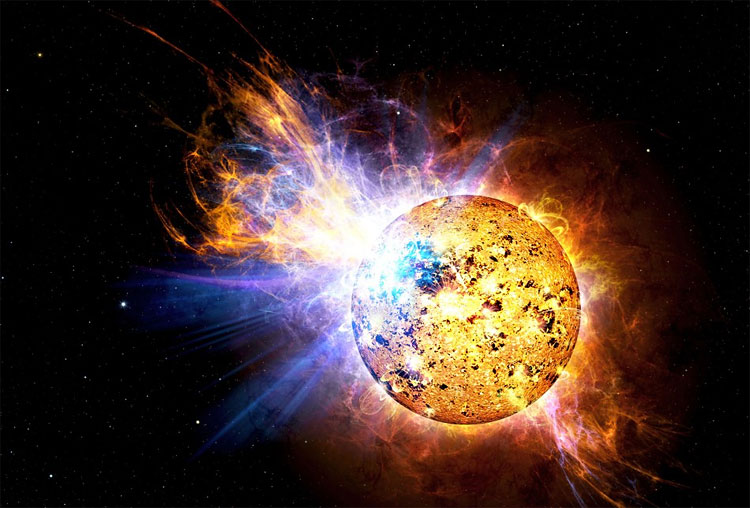 Solar blasts of energy from the sun began reaching the Earth on Friday and could disrupt some communications, according to scientists from the National Oceanic and Atmospheric Administration. Storms are brewing some 93 million miles away and three solar flares erupted on the sun starting Tuesday, touching earth’s magnetic field on Friday in the form of fast-moving “solar wind” and is blowing by the Earth. (NASA / NOAA’s Space Weather Prediction Center / IBITimes) END_OF_DOCUMENT_TOKEN_TO_BE_REPLACED

Photo of the Day: Solar Panels at Cemetery of Santa Coloma de Gramenet 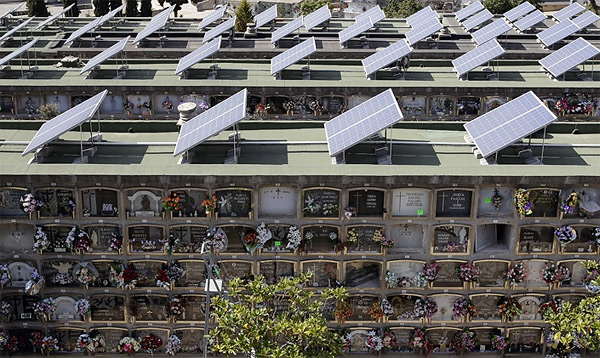