Soldiers lived in the trenches when fighting during World War I, it was muddy, noisy and pretty basic. They didn’t have toilets so it was probably a bit stinky too.

The latrines was the name given to trench toilets. They were usually pits, 4 ft. to 5 ft. deep, dug at the end of a short sap. Each company had two sanitary personnel whose job it was to keep the latrines in good condition. In many units, officers gave out sanitary duty as a punishment for breaking army regulations. Before a change-over in the trenches, the out-going unit was supposed to fill in its latrines and dig a new one for the new arrivals. END_OF_DOCUMENT_TOKEN_TO_BE_REPLACED

Toilets Around the World

Belgium. Rosalie, 9, goes to school in Brussels. “At my school we have separate toilets for girls and boys on every floor. My classroom is on the 3rd floor. We have 22 toilets, which are shared between 230 pupils and 20 adults. The teachers at school let us go to the toilet whenever we need to”. (Photo by Tim Dirven/WSUP/Panos)
END_OF_DOCUMENT_TOKEN_TO_BE_REPLACED 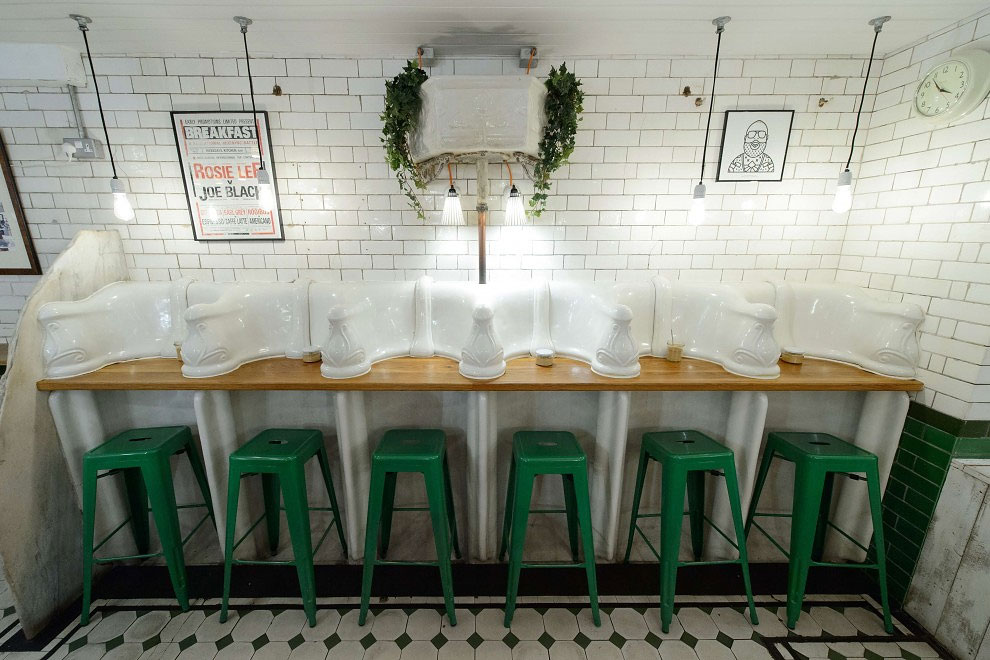 If you want an even bolder toilet theme, just head to The Attendant in central London, where you can sit on a stool and have a salt- beef bagel while actually facing an original 1890s urinal. The toilet cisterns have been turned into flower pots.
END_OF_DOCUMENT_TOKEN_TO_BE_REPLACED