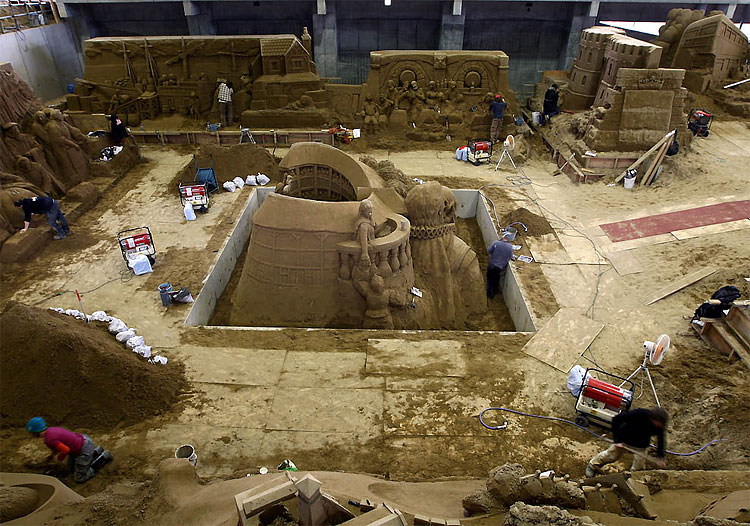 Sand sculptors finish a sand replicas at Sand Museum located in the Tottori Dune on April 1, 2012 in Tottori, Japan. The 5th exhibition hosted by the world’s first ever sand museum is focusing on the theme of ‘Great Britain’ as the nation celebrates it’s hosting of the London 2012 Olympic Games. The exhibition is open to the public from April 14 through January, 2013 with fourteen foreign sculptors creating structures based on British themes such as the British Empire, Modern London and landmarks of London. (Photo by Buddhika Weerasinghe/Getty Images) END_OF_DOCUMENT_TOKEN_TO_BE_REPLACED