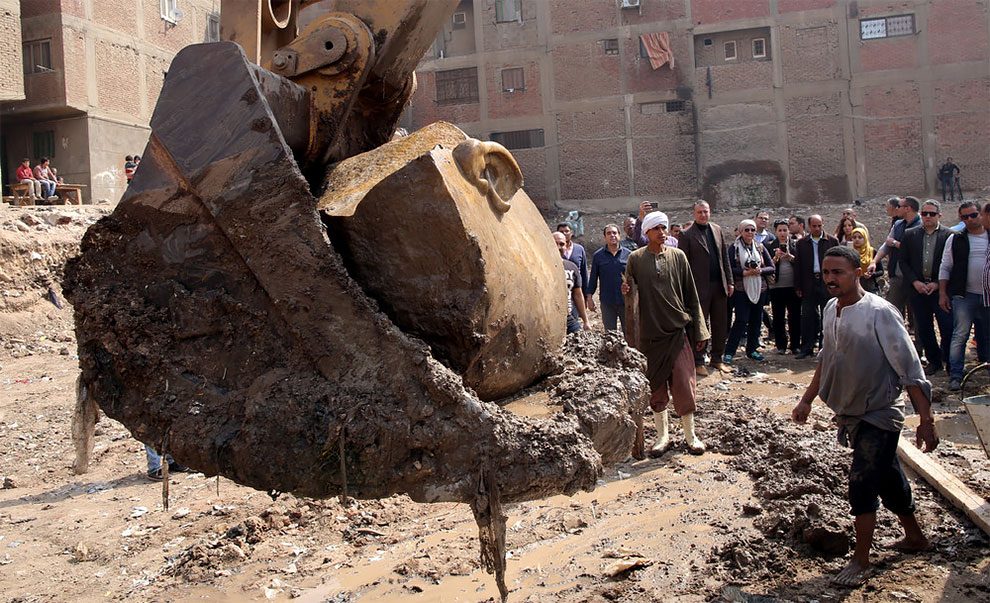 Egyptian workers lift with an excavator parts of a statue for restoration after it was unearthed at Souq al-Khamis district, at al-Matareya area, Cairo, Egypt, 09 March 2017. According to the Ministry of Antiquities, a German-Egyptian archaeological mission found in parts two 19th dynasty royal statues in the vicinity of King Ramses II temple in ancient Heliopolis. The first is an 80cm tall bust of King Seti II carved in limestone, while the second is eight meters tall carved in quartzite. There were no engravings on the latter, however discovering it at the entrance of King Ramses II temple suggests that it could belong to him. (Photo by Khaled Elfiqi/EPA) END_OF_DOCUMENT_TOKEN_TO_BE_REPLACED