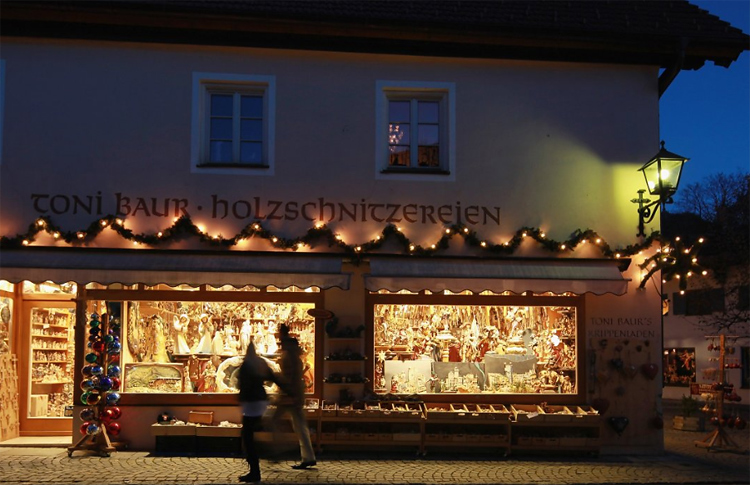 Outside view of Toni Baur’s shop for woodcarved articles is seen on Dec.1, 2011 in Oberammergau, Germany. Oberammergau woodcarving tradition, which is the most famous in Bavaria, has its roots in the 12th century, though members of the St. Luke’s guild, the association of Oberammergau woodcarvers, deplore the decline of the tradition both from a lack of new generations of woodcarvers as well as competition from wood figurine factories in northern Italy and Asia. In Oberammergau approximately 50 woodcarvers still churn out figurines of mostly religious motifs throughout the year. (Johannes Simon,Getty Images) END_OF_DOCUMENT_TOKEN_TO_BE_REPLACED