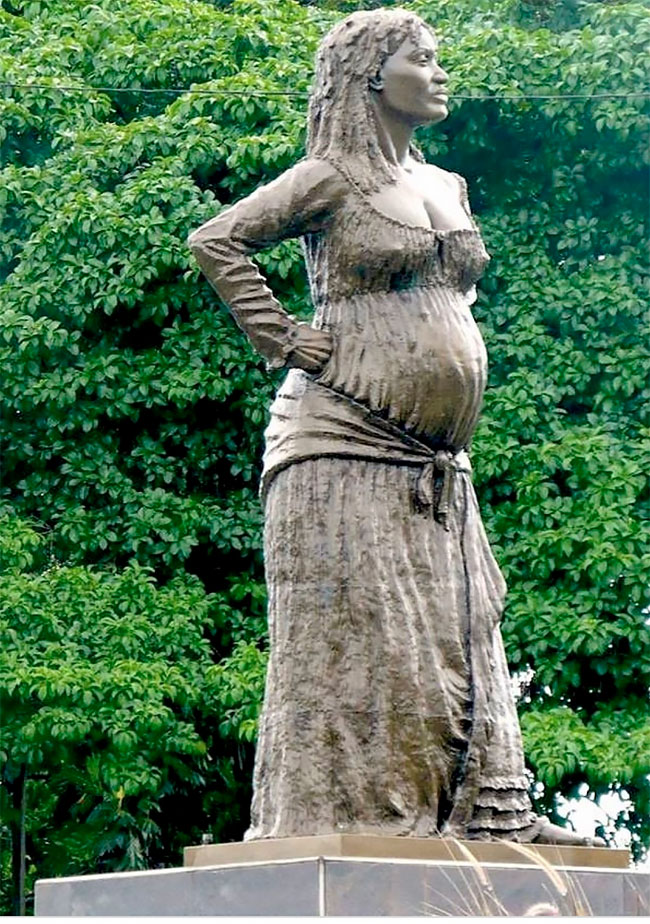 The recent protester-initiated takedown of the Edward Colston statue in Bristol (due to his affiliation with slave trade) has sparked much debate, forcing societies to rethink who they choose to honor through this medium. END_OF_DOCUMENT_TOKEN_TO_BE_REPLACED 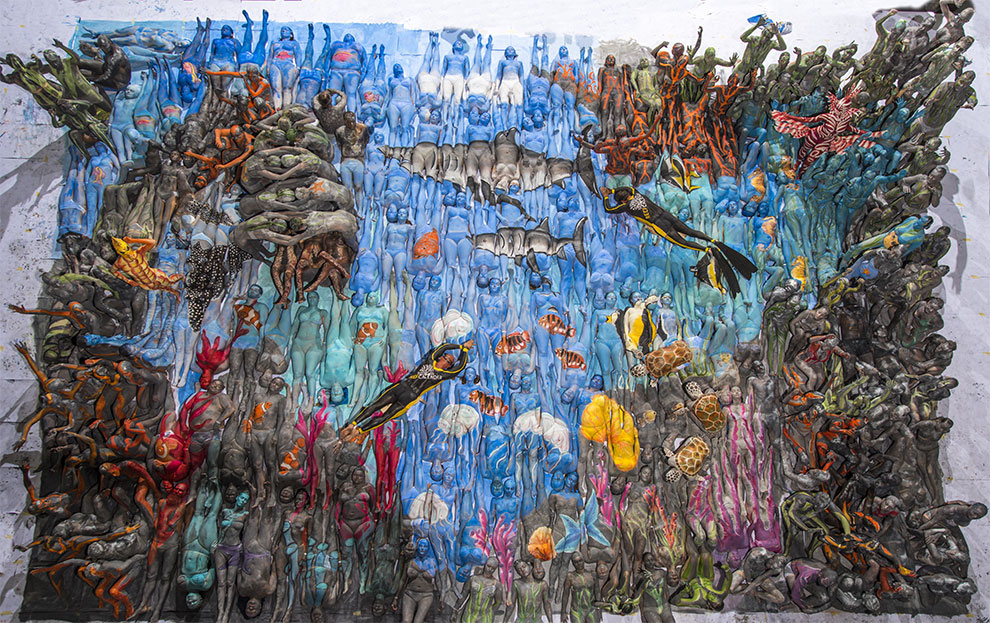 The 3D Body Painting picture “Underwater Landscape” with 253 volunteers in a world record attempt in Vienna, Austria. The event is being held by Reef Calendar, a project to protect the underwater environment, together with the multiple world champion for bodypainting Gabriela Hajek-Renner and her 60 people team. END_OF_DOCUMENT_TOKEN_TO_BE_REPLACED 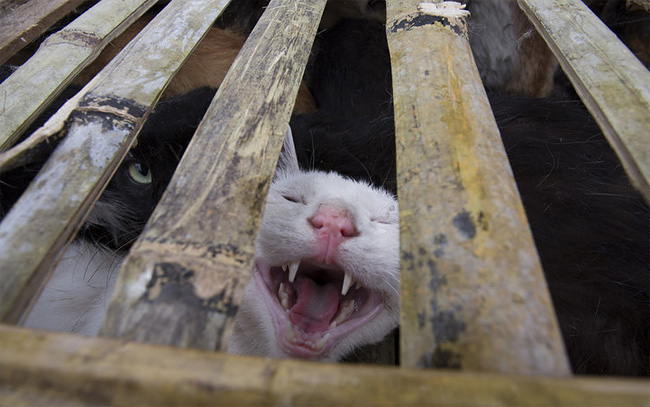 A truck load of around 350 cats destined to be taken to a meat processing factory has been intercepted by animal rights activists in the Putuo district of Shanghai on Wednesday. The cats were mostly strays from around Shanghai city but also included stolen pet cats with some of the animals still wearing collars and tags around their necks. The vehicle was reportedly headed to Guangzhou in South China to a ‘fake meat’ factory where the cat meat would have been treated and sold as pork/lamb. However, before it was able to leave activists stopped the truck and rang the police. The driver was detained on the grounds he had no livestock license for transportation. (Photo: Jonathan Browning/REX) END_OF_DOCUMENT_TOKEN_TO_BE_REPLACED 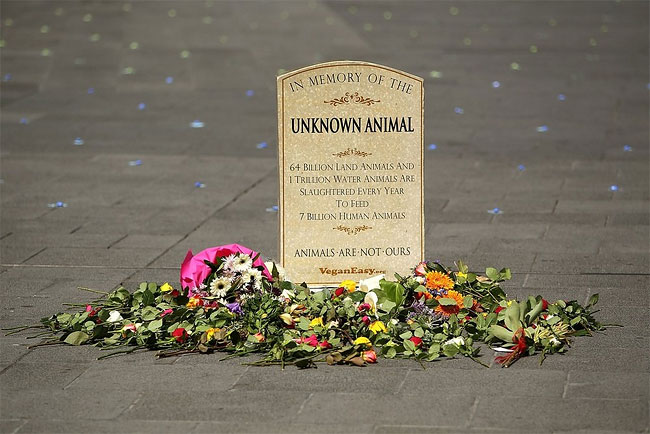 Children have been reduced to tears by a confronting protest featuring 200 animal carcasses in Federation Square. Animal Liberation Victoria’s “memorial” aimed to raise awareness of the billions of animals killed each year for human consumption. Dead dogs, cats, pigs and birds were among the animals held by activists wearing protective clothing. While some people stayed to watch the hour-long ceremony, many walked past in shock and disgust.

A tombstone at the front of the demonstration, dedicated to the “memory of the Unknown Animal”, said 64 billion land animals and one trillion sea animals were killed by humans every year. Brochures handed out by activists encouraged people to realise that “animals are not ours” and that a vegan lifestyle was more ethical and caused less suffering. Photos: Animal Liberation Victoria activists hold dead animals at Federation Square on October 1, 2013 in Melbourne, Australia. Over 200 activists gathered with the bodies of deceased animals to publicly grieve their deaths. Animal Liberation Victoria is against the treatment of animals as “property” an promotes a vegan lifestyle. (Graham Denholm/Getty Images) END_OF_DOCUMENT_TOKEN_TO_BE_REPLACED 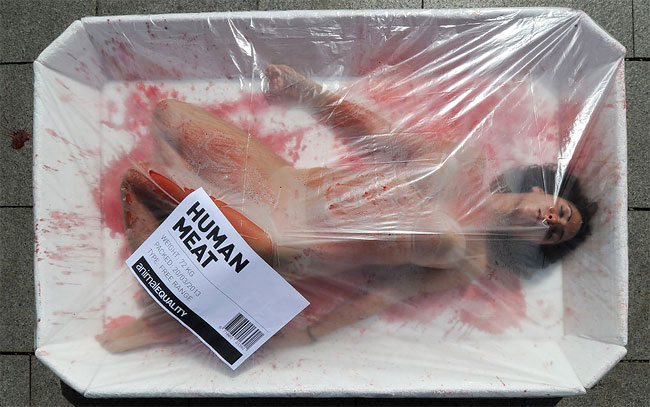 Animal rights activists from the group “Animal Equality” are covered with plastic sheets to represent meat packaging as they stage a protest during “Day Without Meat” event in Barcelona, Spain, on March 20, 2013. (Emilio Morenatti/Lluis Gene/Albert Gea/Associated Press/AFP Photo/Reuters) END_OF_DOCUMENT_TOKEN_TO_BE_REPLACED