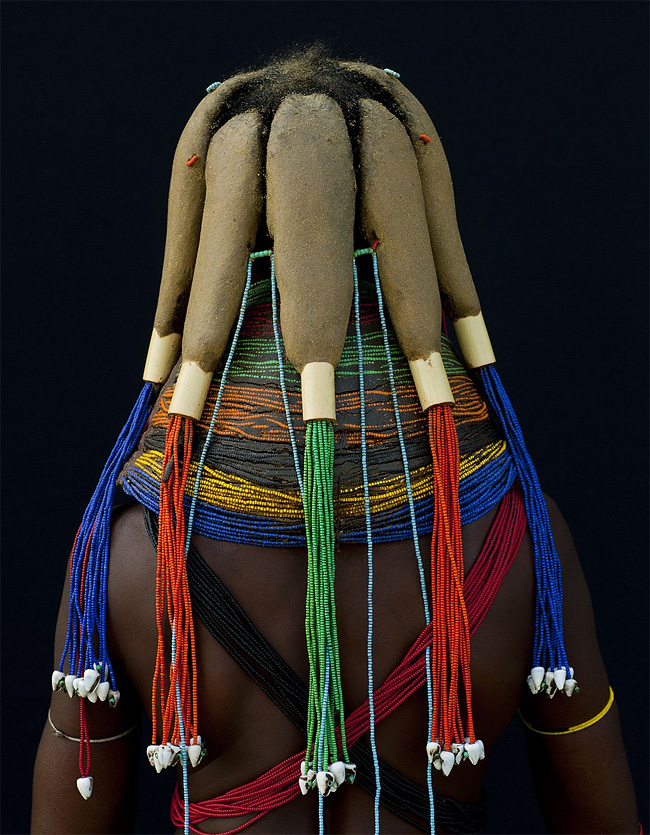 Photographer Eric Lafforgue travelled to Angola and met some of the fascinating tribal peoples living there.

Men, by contrast, leave jewellery and elaborate hairstyles to the women, instead choosing to wear a simple loin cloth paired with a dagger or, in some cases, old 1990s football jerseys. The jerseys are a symbol of changing times in Angola; a country where huge oil wealth is concentrated in the hands of a privileged few while the rest of the country struggles to come to terms with the aftermath of the Angolan Civil War – a conflict that lasted for more than 30 years and left the countryside littered with landmines.
END_OF_DOCUMENT_TOKEN_TO_BE_REPLACED