In this November 12, 2014 photo, a column of policemen occupy a gold mining camp as part of an operation to eradicate illegal mining in the area known as La Pampa, in Peru’s Madre de Dios region. Less than a month before Peru plays host to global climate talks, the government sent a battalion of police into southeastern jungles to dismantle illegal gold-mining mining camps. Peru’s anti-illegal mining czar, retired army Gen. Augusto Soto, marched the men to the wasteland known as La Pampa, where 50,000 hectares of rainforest have been obliterated in the past six years. (Photo by Rodrigo Abd/AP Photo)
END_OF_DOCUMENT_TOKEN_TO_BE_REPLACED 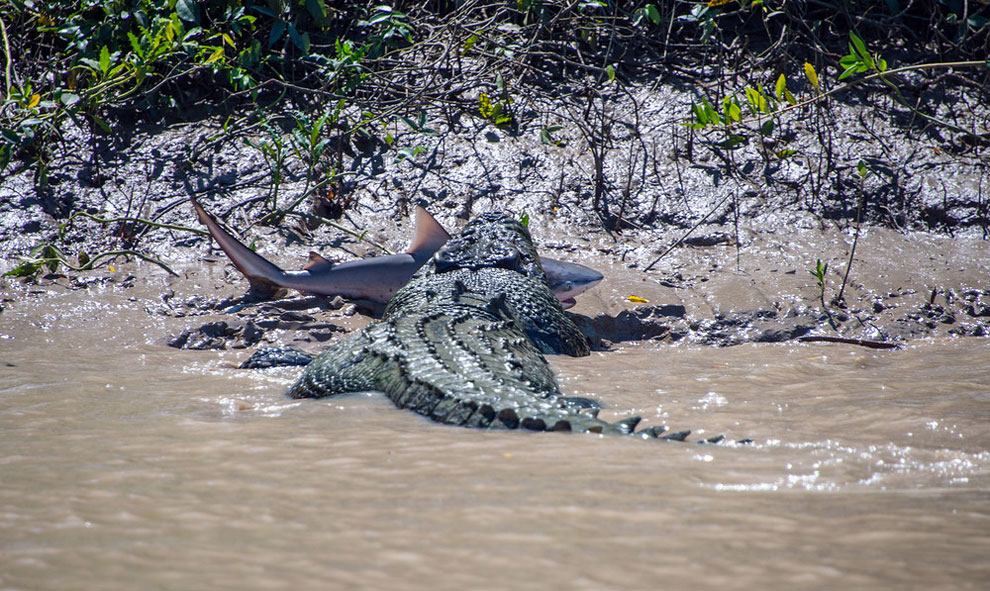 A 5.5 metre massive crocodile makes mince meat out of a bull shark in Kakadu’s Adelaide River on August 5, 2014 in Kakadu, Australia. The crocodile forced the bull shark into the mangroves and devoured the bull shark. A 43 year old Sydney father took these exclusive photos in the Northern Territory. (Photo by Andrew Paice/Getty Images)

END_OF_DOCUMENT_TOKEN_TO_BE_REPLACED 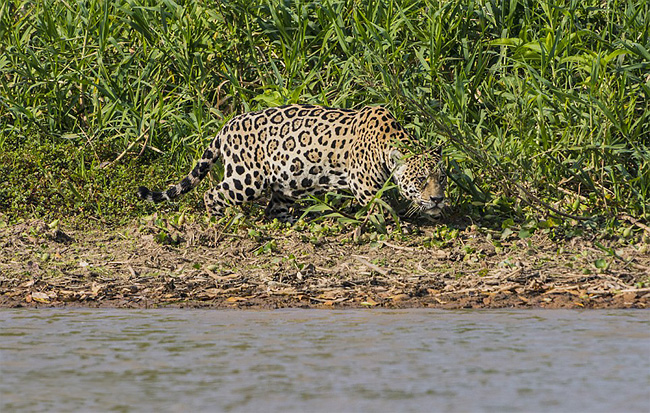 When a jaguar pounces, sometimes one bite is all it takes to get a meal. National Geographic has exclusive video of a jaguar taking down a caiman in Brazil’s Pantanal wetlands, photos of which went viral earlier this month. END_OF_DOCUMENT_TOKEN_TO_BE_REPLACED 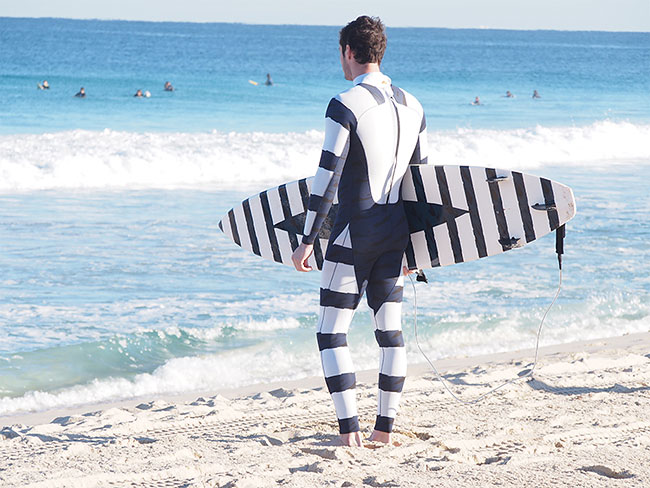 Shark Attack Mitigation Systems (SAMS) is a company in Perth, Australia, that has developed a line of wetsuits and surfboards that could prevent shark attacks. END_OF_DOCUMENT_TOKEN_TO_BE_REPLACED