Inside A 1947 Boeing 377 Stratocruiser, The Largest And Fastest Aircraft In Commercial Service

The Stratocruiser’s lower-deck lounge had a bar where passengers could buy a cocktail or soft drink. 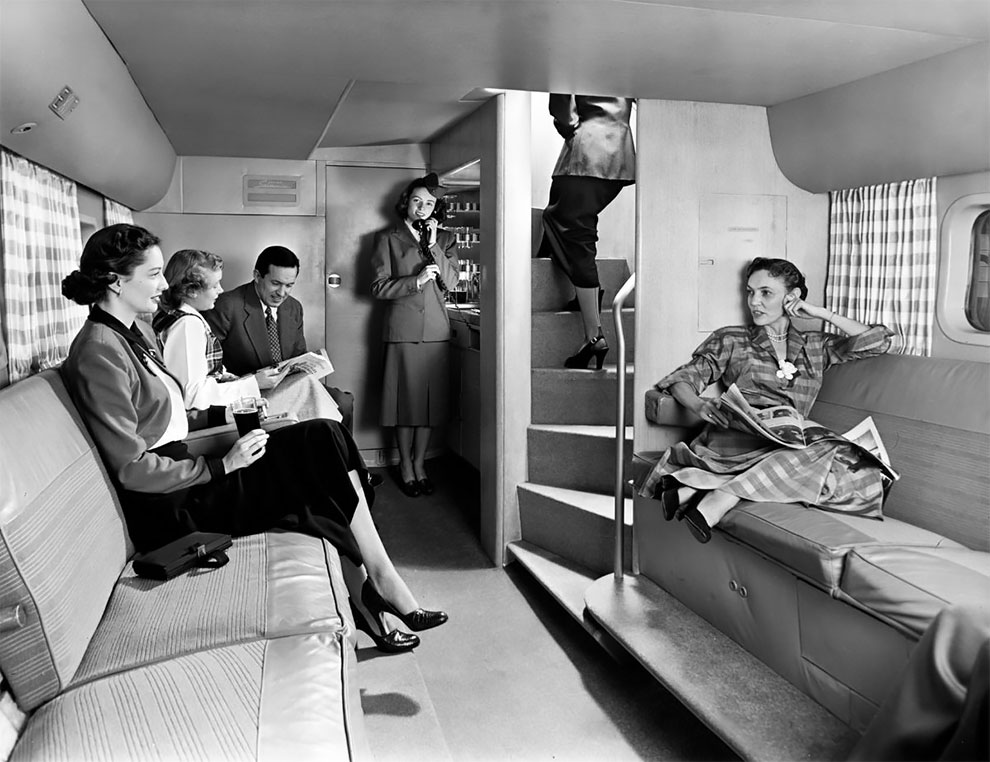 After World War II, Boeing reentered the commercial market with a new long-range airliner, the Stratocruiser (Model 377). It was the first Boeing commercial transport since the Stratoliner, and like its military counterpart, the C-97, was based on the B-29 Bomber. It possessed all the speed and technical improvements available to bombers at the end of the war. END_OF_DOCUMENT_TOKEN_TO_BE_REPLACED A Look Inside The Luxurious Boeing 747-8 VIP 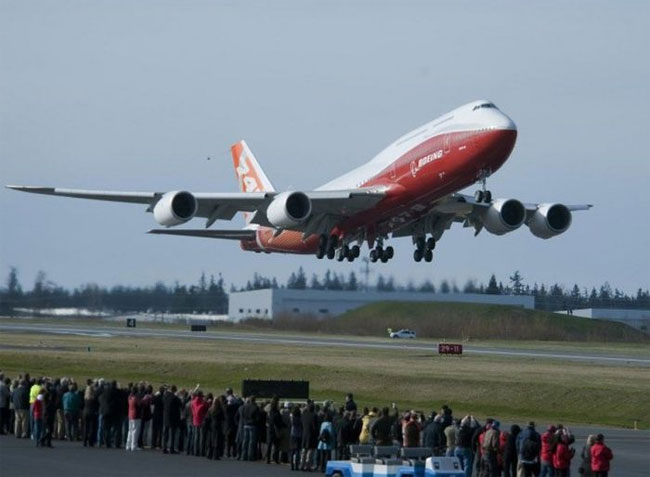 The Boeing 747-8 VIP is one of the most luxurious planes in the entire world. It has four engines, it can travel 8,000 miles without refueling and the inside of the plane is a dream come true. END_OF_DOCUMENT_TOKEN_TO_BE_REPLACED

Designer Transforms A Boeing 737 Jet Engine Into A Massive Chair 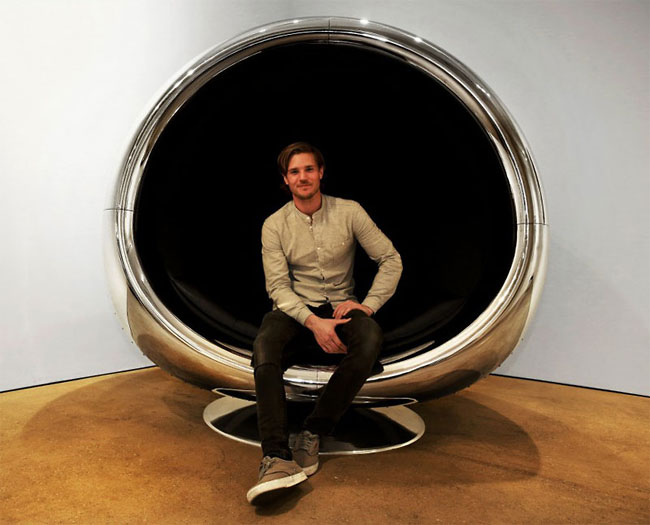 UK-based furniture design company Fallen Furniture, have created a huge chair out of a BOEING 737 Engine Cowling. Looking like it belongs in some type of futuristic setting, this over-sized chair, is a pure attention seeker. The chair, which can actually spin on its base, has a highly polished exterior shell, and a dark luxurious leather interior. END_OF_DOCUMENT_TOKEN_TO_BE_REPLACED 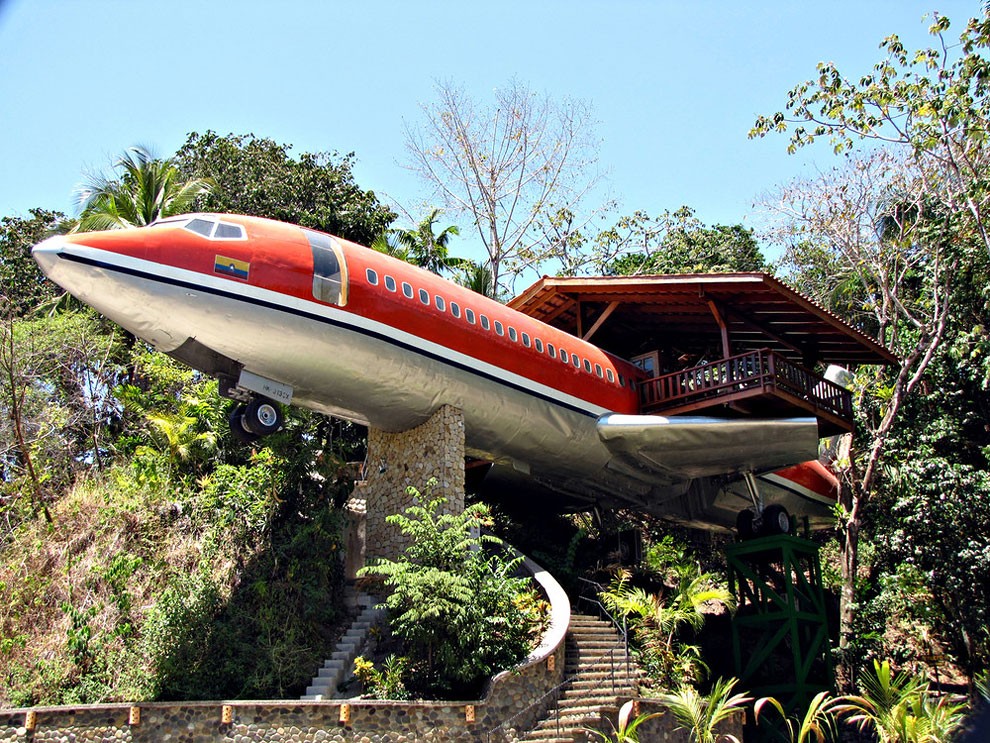 The Costa Verde hotel. It is a fully outfitted two bedroom, Boeing 727 suite in Costa Rica. Located within tropical rainforest, Hotel Costa Verde’s rather unusual fuselage suite consists of a refurbished vintage 1965 Boeing 727 airframe. The aircraft was part of South-Africa Air in her previous life. Sitting atop a 50-foot pedestal just beyond a majestic national park, the remodelled jumbo jet’s interior is entirely Costa Rican teak panelling with Indonesian teak furniture and also features a private entrance up a river rock. END_OF_DOCUMENT_TOKEN_TO_BE_REPLACED 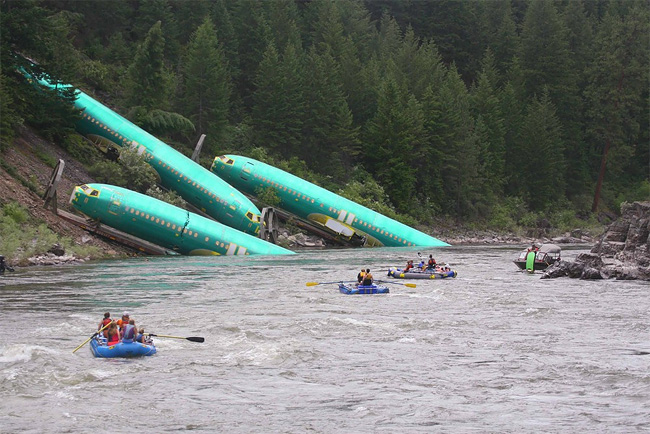 Three Boeing 737 fuselages lie on an embankment on the Clark Fork River after a BNSF Railway Co train derailed Thursday near Rivulet, Montana in this picture taken July 4, 2014. A train derailment in Montana this week damaged a shipment of jetliner fuselages and other large parts on its way to Boeing Co factories in Washington state from Spirit Aerosystems, Boeing said on Saturday. (Photo by Kyle Massick/Reuters)
END_OF_DOCUMENT_TOKEN_TO_BE_REPLACED 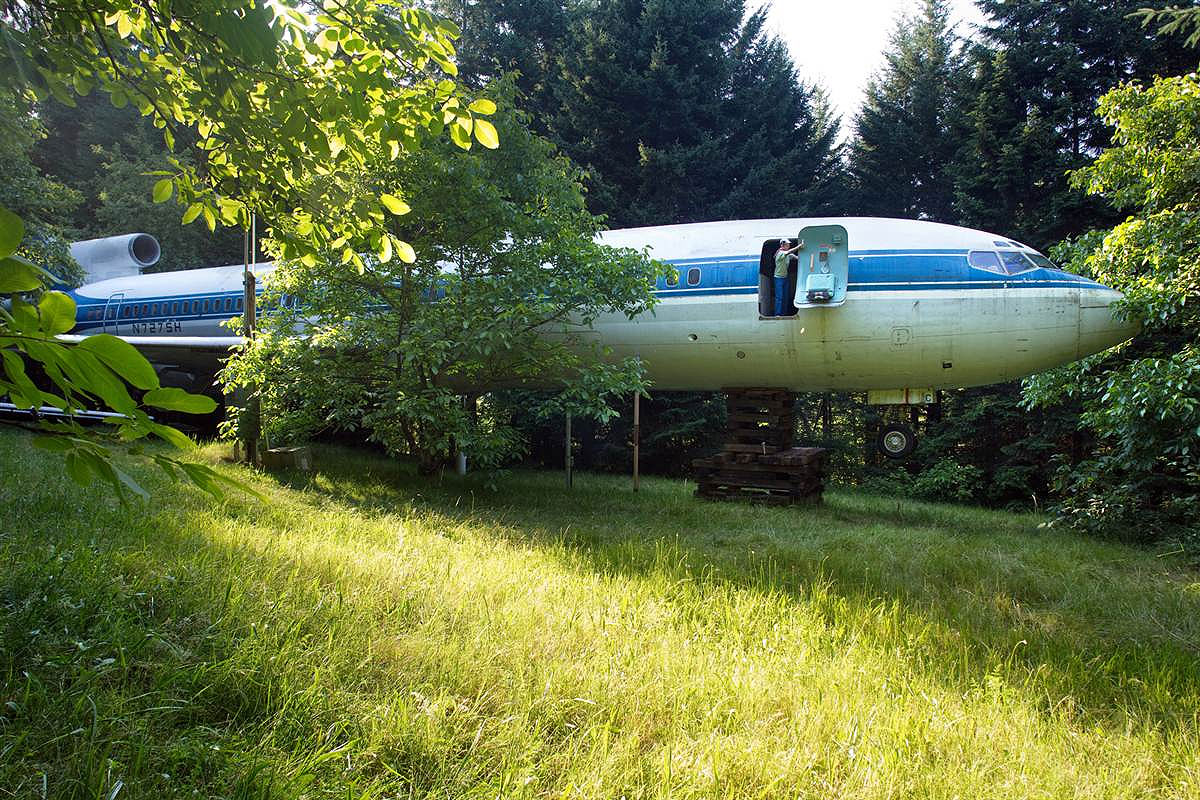 Bruce Campbell doesn’t just love planes, he lives inside of one. After purchasing a a Boeing 727-200 for $100,000, he placed it in his backyard, otherwise known as the middle of the woods in Oregon. Campbell’s startup costs were actually quite considerable. He paid $17,000 to move the plane from an airport to a staging site, $20,000 to rent the staging site for four months, $21,600 to remove the wings and tail, and $25,000 to finally move it to his house. END_OF_DOCUMENT_TOKEN_TO_BE_REPLACED

Boeing 787 Dreamliner: The Next-Generation in Flight

The day has finally arrived for the next-generation Boeing 787 Dreamliner: on Monday, September 26, 2011, Boeing (BA) delivered its first 787 Dreamliner to All Nippon Airways (ANA).

Analysts expect the plane to use roughly 20 percent less fuel than comparable planes and that will represent a substantial savings for airlines: jet fuel usually ranks second or first in flight expenses, just behind/ahead of employees salaries.

Further, as noted, one can’t underscore the importance of the 787 for the United States. Commercial aviation represents one, critical, high-value-added export for the world’s largest economy. Sales of commercial planes are vital to the United States’ effort to end its trade deficit and start recording trade surpluses — a key component of any nation’s wealth. Commercial plane construction is also responsible for hundreds of thousands of domestic U.S. jobs. 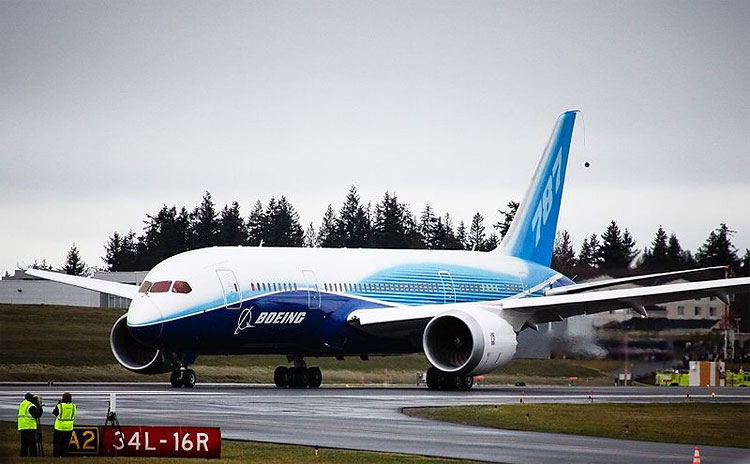 The 787 Dreamliner preparing for its maiden flight in December 2009. (Reuters) END_OF_DOCUMENT_TOKEN_TO_BE_REPLACED