Re-Enactors Prepare For The Battle Of Hastings For 950th Anniversary 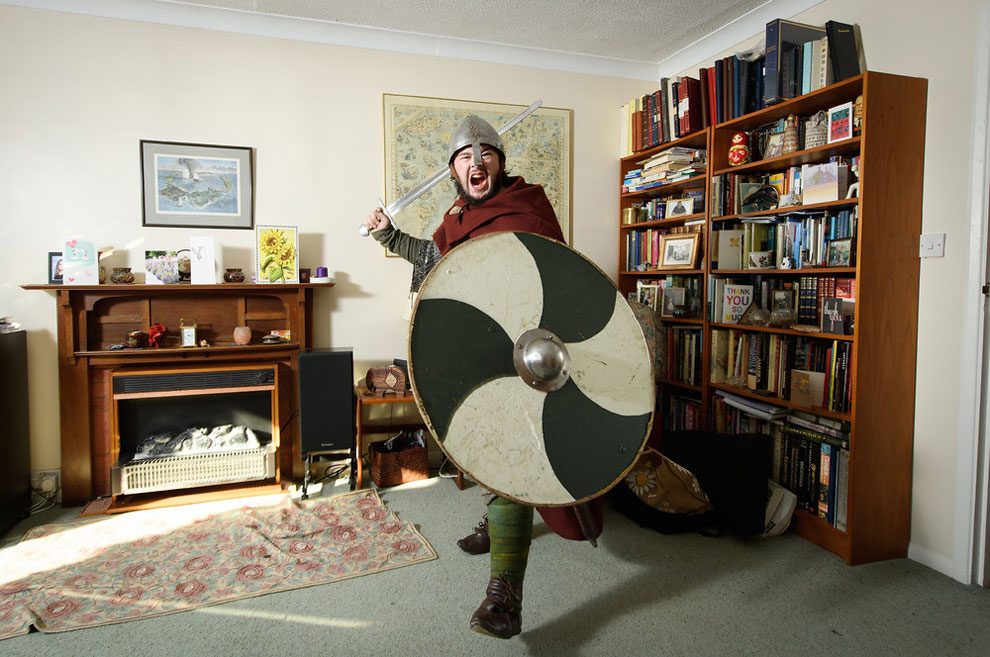 Tim Benfield of the st Centingas historic re-enactment group poses for portraits in his home while wearing his replica armour on October 11, 2016 in Canterbury, England. This weekend marks the 950th anniversary of 1066, the Battle of Hastings and the Norman Conquest, and many historical groups will be participating in a large-scale re-enactment on the site of the original battle. (Photo by Leon Neal/Getty Images) END_OF_DOCUMENT_TOKEN_TO_BE_REPLACED

Into The Make-Believe World Of Polish Re-Enactors

‘Warriors’ is a long-term project about people who are history or exotic culture buffs. Our heroes were found next to us. They are usual people like most of us are and they behave the same in everyday lives. Until the time they put on a costume — mostly made by themselves. END_OF_DOCUMENT_TOKEN_TO_BE_REPLACED 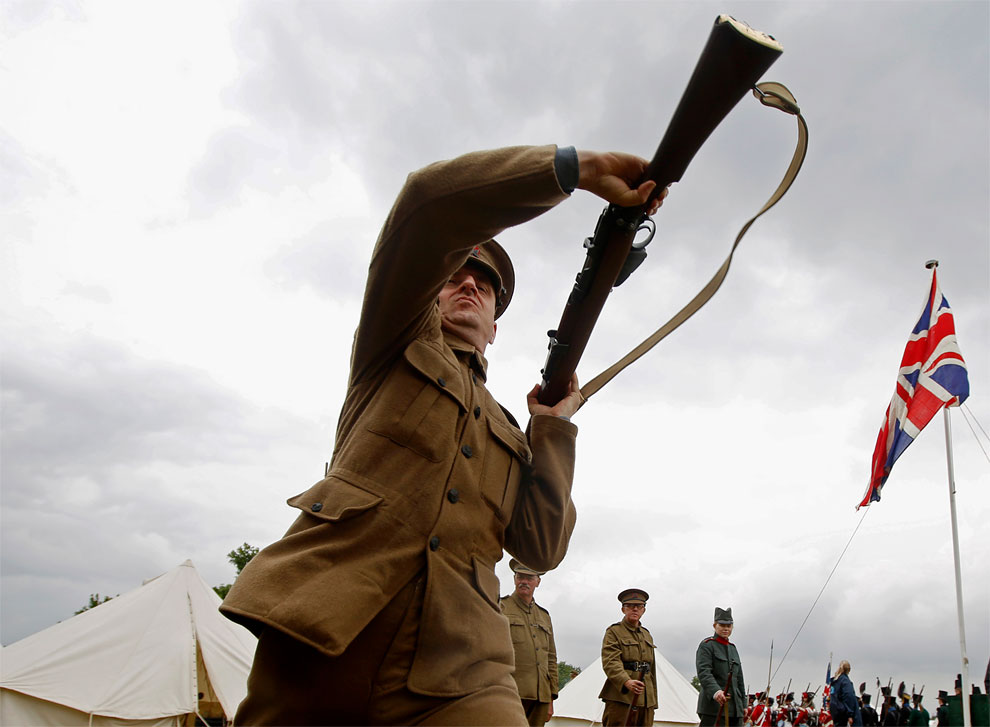 Custom silicone technician Corin Watts, portraying a Lance Corporal in the Kings Royal Rifle Corps, part of the Rifles Living History Society, participates in a rifle drill whilst recreating life as a First World War soldier at the Colchester Military Tournament in Colchester, eastern England July 6, 2014. Corin became interested in World War One when, as a child, he would pass the statue of “The Driver” on the Royal Artillery Monument by Charles Sargeant Jagger. Because of its size and imposing nature it scared him, but also provoked him to ask questions about the Great War. Of his fellow re-enactors he says “I like the people, its an odd community re-enactment, they are the most bizarre but at the same time most grounded and down to earth people you’d ever meet”. United by a fascination with military history and a fondness for dressing up, groups such as the Rifles Living History Society and the Queen’s Own Royal West Kent Regiment Living History Group get together to recreate aspects of life during the First World War. Reuters photographer Luke MacGregor photographed members of the groups, both as they took part in living history events and at their day jobs. (Photo by Luke MacGregor/Reuters)
END_OF_DOCUMENT_TOKEN_TO_BE_REPLACED