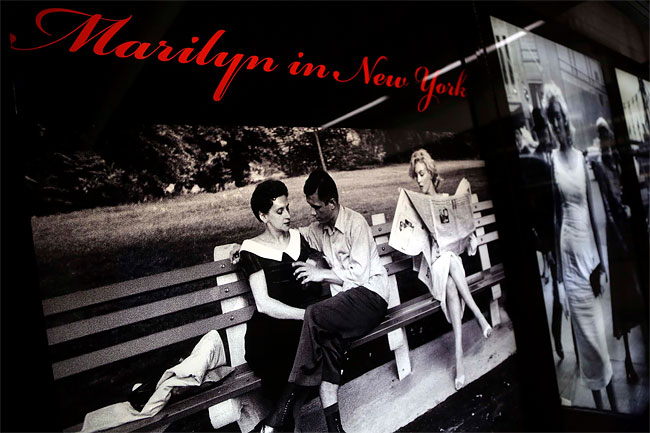 Sam Shaw’s photographs are on display during the “Marilyn in New York” exhibit at the 42nd St. subway station for the B,D,F,M and 7 lines in New York. The exhibit is part of the Metropolitan Transportation Authority’s “Arts for Transit” program. The show opened Thursday and will be up for a year. (Mary Altaffer/Associated Press) END_OF_DOCUMENT_TOKEN_TO_BE_REPLACED

“Death – Festival for the Living” Exhibit 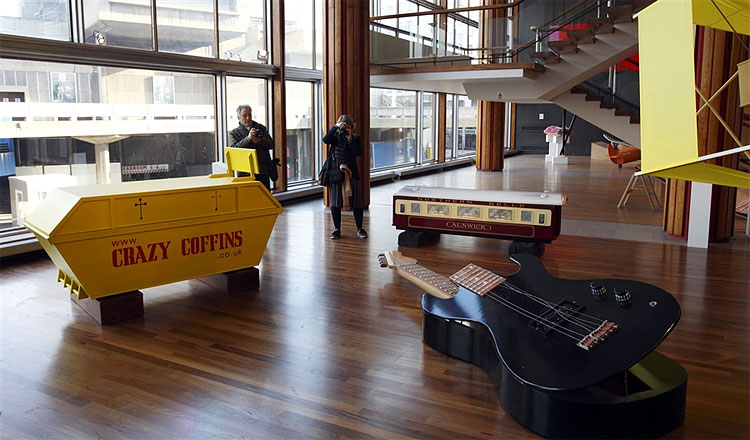 Visitors photograph various custom designed coffins, during the “Death – Festival for the Living” exhibit, at the Royal Festival Hall in London, on Jan. 28. Crazy Coffins, an offshoot of a Nottingham-based traditional coffin and urn maker which took on a new identity in the 1990s when people began asking to customize their final resting places, presents uncanny coffins as part of the exhibit. END_OF_DOCUMENT_TOKEN_TO_BE_REPLACED