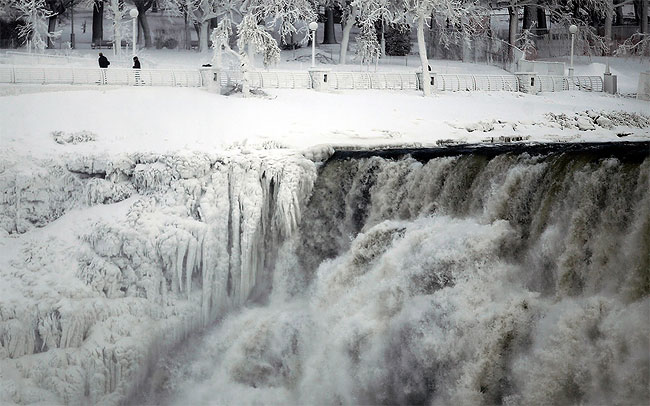 A collection of spectacular photographs have shown the moment the U.S. side of the famous falls froze before they could reach the bottom. The ‘unprecedented’ amounts of ice in the upper Niagara River, caused by the freezing conditions, caused a so-called ice jam and in turn flooding on Grand Island and Cayuga Island in Niagara Falls.

According to historical records, during only one year, 1848, has freezing weather caused the thousands of cubic feet of water per second flowing over the Niagara Falls to run dry, an event thought to have been caused by ice jamming and damming upriver. END_OF_DOCUMENT_TOKEN_TO_BE_REPLACED