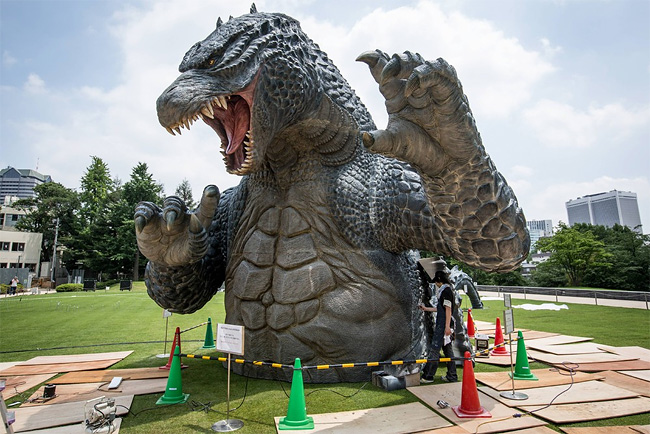 Crewmember Tetsuo Hayashi airbrushes the final touches to a 6.6 meter replica of the famous Godzilla at Tokyo Midtown on July 15, 2014 in Tokyo, Japan. The “MIDTOWN Meets GODZILLA” project is in collaboration with the Japan release of the Hollywood film version of “Godzilla”. The Godzilla built on the lawns of Tokyo Midtown will host a light show everynight complete with mist, audio and fire rays. (Photo by Chris McGrath/Getty Images) END_OF_DOCUMENT_TOKEN_TO_BE_REPLACED

One57 Gets Glassy: Photos Of Midtown’s Newest Supertall Skyscraper 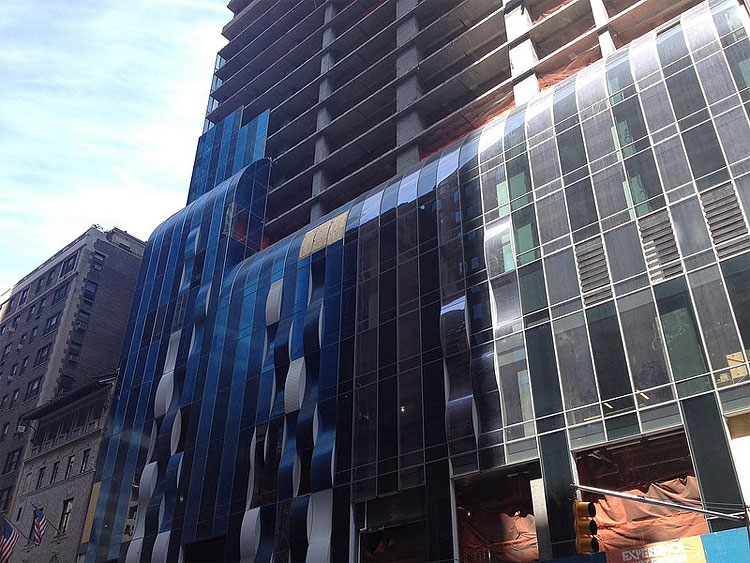 Midtown Manhattan’s much-awaited 1,004-foot One57 residential tower hasn’t topped out yet, but the first dozen or so floors have already gotten their glass façade (although some of the blue panels appear to still have their protective pastic coating). The Christian de Portzamparc-designed skyscraper, across from Carnegie Hall on 57th Street, will tower over the south end of Central Park, and will be the first major addition to the park’s skyline since Robert A.M. Stern’s 15 Central Park West, a limestone-clad throwback to the pre-war era, was completed in 2008. Extell Development is hoping One57’s six-bedroom penthouse will fetch $110 million, which would make it the most expensive single residence ever sold in New York.

The following are photos taken at a few different times at the end of March and beginning of April by Flickr user 600west218, who has allowed us to use his shots. END_OF_DOCUMENT_TOKEN_TO_BE_REPLACED